Cancellations and refunds during the COVID-19 pandemic

It seems that every day there is a new report in the media about ordinary people being denied refunds when holidays, weddings, bar mitzvahs, anniversary parties and other events which they have paid for have been cancelled as a consequence of national or global lockdown measures. In some cases, the travel company/event organiser has insisted on collecting balancing payments from their customers as well.

It was reported in the Times last week that an estimated £7 billion has been spent by Britons on holidays that will no longer take place. Almost all of those holidaymakers are legally entitled to a full refund, and where their holidays comprise a package for the purposes of the Package Travel and Linked Travel Regulations 2018 (PTRs) the refund is due to be paid within 14 days of cancellation in these circumstances. However, in many cases airlines and holiday companies are declining to pay refunds and offering vouchers, or “refund credit notes”, instead. We analyse the position in relation those in more detail below.

The Competition and Markets Authority (CMA) has launched a programme of work to investigate reports of businesses failing to respect cancellation rights during the pandemic as well as providing guidance on cancellations and refunds. The Covid-19 Taskforce was launched on 20 March to scrutinise market developments, identify harmful sales and pricing practices as they emerge and take enforcement action if there is evidence firms may have breached competition or consumer protection law, including the Consumer Rights Act 2015 and the PTRs.

Complaints in relation to cancellations and refunds now account for around 80% of the complaints being received into the Taskforce.

Based on the complaints received, the CMA has identified three sectors of particular concern:

It says that it will tackle these areas as a priority and then examine other sectors, based on the information received by the taskforce.

Many airlines, travel companies and other business in these sectors are giving the same message: that neither current legislation nor their own terms and conditions of business allow for the unprecedented events unleashed by the pandemic, and that they simply can’t afford to issue full refunds within the required timeframe and/or without substantial financial support from the Government. The CMA has acknowledged the pressure that these businesses are under, but has emphasised that consumer rights can’t be ignored.

The CMA has announced that if it finds evidence that businesses are failing to comply with the law, it will take appropriate enforcement action, including moving quickly to court if a business does not address its concerns. Meanwhile, consumers can also take their own legal action for recovery of their money if they choose to do so, while in many cases they may be able to recover their money by requesting a recharge of payments made on their credit cards, under section 75 of the Consumer Credit Act..

The CMA has provided guidance about consumer protection law in relation to cancellations and refunds during the current crisis. In summary, for most consumer contracts, the CMA would expect a full refund to be issued where:

It also advises that businesses should not be profiting by ‘double recovering’ their money from the Government and customers.  For example, it is alleged that some nurseries have sought to charge full fees during their closures, while furloughing staff and claiming other grants from the Government for the provision of free or subsidised nursery places.

Some suppliers have sought to provide vouchers (or “refund credit notes”) to customers instead of refunds, where the customer doesn’t rebook their flight/holiday/event for a later date. These vouchers are intended to be used to pay for a replacement flight/holiday/event, and commonly preclude the customer from claiming a refund until their expiry dates, which in some cases may be as much as 12 months from the date of issue. The CMA highlights that it is acceptable to provide vouchers if a customer agrees, but not in a way that misleads consumers about their rights and if a consumer is entitled to a refund they cannot be required to accept a voucher.

Customers issued with vouchers will as a general rule have no protection if the issuer of the voucher goes bust. Although many travel businesses are claiming that the vouchers which they are issuing are protected by their ATOLs and/or ABTA bonding in the same way as the cancelled holiday, that simply isn’t true  Several EU member states have lobbied the European Commission to vary the terms of the Package Travel Directive, and travel businesses have similarly lobbied the Government to vary the terms of the PTRs, to permit the issue of vouchers in place of refunds. Thus far however there have no changes to or relaxations of these laws. In fact, the European consumer body BEUC has rejected the idea, with BEUC Director General Monique Goyens saying:

“COVID-19 is putting consumers under enormous financial strain. Their right to reimbursement for cancelled travel is more important than ever. However, we’ve seen countless examples of airlines and travel companies undermining consumers’ rights by trying to push people to accept vouchers. Moreover, consumers should not be forced by governments to pick up the bill to bail out the travel industry. We need solutions that protect both the travel industry and consumer rights, without which consumer confidence in the travel industry could be permanently damaged”.

At the same time, it remains the case - for the time being at least -  that in the UK financial protection under the ATOL scheme only applies to a “licensable transaction”, and that the issue of a voucher doesn’t come within that definition. It follows that any travel company which claims that vouchers they are issue are “financially protected” is misleading their customers.

Meanwhile, many airlines are creating considerable obstacles to their customers obtaining refunds, by insisting on customers processing their refunds claims by telephone only. There are many apocryphal tales of customers taking several days to get through the telephone queueing system. Many airlines, and Virgin Atlantic above all, are clamouring for Government bailouts, but the Government has already been scarred by its recent experiences in trying to save FlyBe, and may now be averse to being seen to lend a helping hand to billionaires like Sir Richard Branson.

What should businesses be doing?

Businesses should be considering their refund policies and ensuring that they are treating consumers fairly.  Although they may be struggling to keep solvent, it seems very clear that if you are not providing a service, you should be refunding your customers the monies they have paid for that service.  It is to be hoped that the CMA’s guidance will be taken to heart and suppliers will aim to do the right thing by consumers, who are also suffering economic harm. At the same time, more Government support is plainly going to be required to prop up the UK’s travel industry. We will all be desperate for a holiday once travel restrictions are lifted, and need the travel industry to survive this period of crisis to be there to take us on holiday when that happy moment comes.

In the medium to long term, travel businesses and event businesses may have to shore up their finances in much the same as way as the nation’s banks following the 2008 financial crisis. Just as revenues from a holiday or event due to happen in September 2020 should only be booked by businesses once the holiday or event has happened, so too should they be taking steps to ensure that customers’ money is put aside to refund them their money if they can’t get the service they have paid for in circumstances such as these. 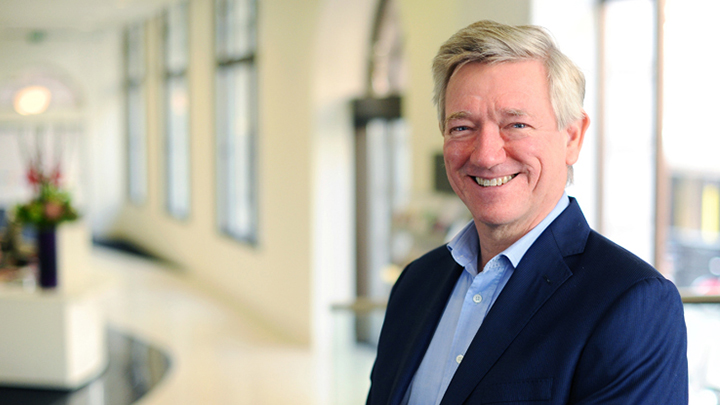 I joined Lewis Silkin as a partner in 2000, and am a member of each of the firm’s Corporate and Digital, Commerce & Creative practice ...

I have a decade of experience in commercial law, especially advertising and marketing and consumer protection law, both in law firms and as ...