The Central Arbitration Committee (“CAC”) has rejected an application from the Independent Workers’ Union of Great Britain (“IWGB”) for collective bargaining rights in respect of Deliveroo riders, in a case in which Lewis Silkin acted for Deliveroo.

This is the first  high-profile ”worker status” decision to go in favour of the company in recent times, following after a series of defeats for Uber, Addison Lee, Excel, CitySprint and Pimlico Plumbers.

The central and insuperable difficulty for the IWGB was that Deliveroo’s riders have a right to use a substitute to perform deliveries both before and after they have accepted a particular job. The CAC held that this right is “genuine” and riders take advantage of it in practice. This proved “fatal” to the IWGB’s application as it is inherently incompatible with an obligation to work personally, as required for both “worker” and “employee” status.

As explained in our recent article on the Pimlico Plumbers case, the employment status of an individual is significant because it determines their legal rights in the workplace. Under UK law, there are three different capacities in which someone can provide work: as an “employee”; as a “worker”; or as a “self-employed contractor” (sometimes referred to as a freelancer).

Employees have more rights than those who are merely workers, who in turn have more rights than the fully self-employed. Workers, for example, are entitled to the national minimum wage, paid holidays and rest breaks under the Working Time Regulations, and protection against unlawful deductions from wages. Employees qualify in addition, among other things, for protection from unfair dismissal, maternity/paternity leave and sick pay. The fully self-employed do not enjoy any of the rights just mentioned. They are regarded as having greater power and autonomy than workers and employees, and being less in need of protection.

Problematically, the label the parties give their relationship in the written contract is not conclusive and it is not always easy to know what working status an individual has. In a relationship of employment, there is “mutuality of obligation” - an obligation to turn up to work on one hand and an obligation to provide it (and to pay for it) on the other. There is also an obligation of “personal service”, in that an employee cannot send along a substitute to do their job instead. And the individual must be sufficiently under the “control” of the employer. These are the three most important factors pointing to employee status, but there are a host of others which might point one way or the other - such as who takes the financial risk, who provides the equipment, how pay is determined and how integrated the individual is into the organisation.

All employees are also “workers”, but not all workers are employees. While statutory definitions vary slightly, for most purposes a worker who is not also an employee, is someone working under a contract - not an employment contract - through which they undertake to perform work personally for someone who is not by virtue of that contract their client or customer. In other words, they agree to work personally and they are not running their own business.

The latest case law developments are unfolding against a fascinating and novel backdrop. Facilitated by new technology, such as apps and smart phones, many more people are now working in the so-called “gig” economy in which individuals are paid for individual jobs or assignments, rather than in an ongoing relationship.

The decision in the Deliveroo case has somewhat unusually been made by the CAC, a specialist body on trade union matters, rather than by an Employment Tribunal. The CAC was required to decide whether Deliveroo riders are workers for the purposes of the Trade Union & Labour Relations (Consolidation) Act 1992, which was necessary for the IWGB to have standing to pursue its recognition claim.

The CAC heard extensive evidence on the flexibility enjoyed by Deliveroo’s riders, such as their ability to accept jobs from different companies at the same time as making themselves available to Deliveroo, and of there being no requirement for riders to wear branded kit while performing a delivery. The CAC nonetheless decided it was unnecessary for it to dissect the wider features of the contractual relationship between Deliveroo and its riders, because the right of substitution alone meant that they are not workers or employees.

The CAC carefully examined the right of substitution and the IWGB’s case that it was not genuine and could not be exercised in practice. Rejecting those assertions, the CAC ruled that there is no “policing” by Deliveroo of riders’ use of substitutes, there are “no adverse consequences” if a rider uses a substitute consistently with contractual requirements, and riders do use substitutes in practice. Because of this the CAC concluded that “it cannot be said that the Riders undertake to do personally any work or services for another party”. The IWGB’s recognition application failed accordingly.

The CAC’s decision is fact-specific.  The factual circumstances are, for example, different from those in the recent Uber EAT judgment in which it was noted that drivers’ access to the Uber app is stated to be “personal” and there was “no question of any driver being replaced by a substitute”. It therefore raises questions about whether other companies might update their engagement models if they wish procure services only from self-employed individuals.

The decision raises more general issues of public policy which were highlighted by this summer’s Taylor report. It remains to be seen what specific proposals for reform of employment law may emerge from this. 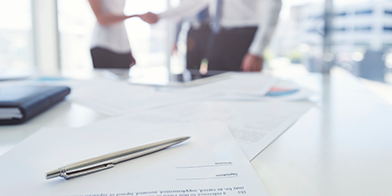 The Central Arbitration Committee (“CAC”) has rejected an application from the Independent Workers’ Union of Great Britain (“IWGB”) for collective bargaining rights in respect of Deliveroo riders, in a case in which Lewis Silkin acted for Deliveroo. 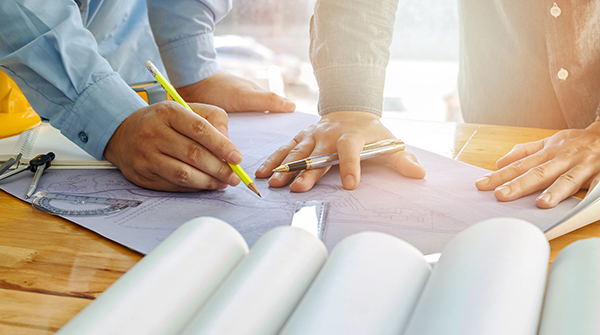 The Employment Appeal Tribunal (“EAT”) has upheld the decision of an Employment Tribunal (“ET”) that drivers engaged by Uber are “workers” rather than independent contractors.

Lewis Silkin is delighted to have been appointed to Deliveroo’s first formal legal panel to act as its sole external advisor on UK employment and immigration among other matters.

Pimlico Plumbers are workers not self-employed

In the latest development in a series of cases on employment status, the Court of Appeal has rejected an appeal by Pimlico Plumbers and found that a “self-employed” plumber should have been classed a worker.