EMI options: Top 10 mistakes uncovered on an exit – and how to avoid them

In this article we explore Enterprise Management Incentive (EMI) options, an extremely popular employee incentive mechanism in the advertising and marketing industry, thanks to their unrivalled tax benefits and the flexibility permitted around setting their terms.

Employees who exercise share options that fully qualify for EMI option status will enjoy capital gains tax treatment on all growth in the value of their option shares above their market value at grant, and have a better chance at qualifying for Business Asset Disposal Relief (a 10% tax rate) on that gain than other shareholders.

However, the EMI option legislation is renowned for its long list of traps for the unwary. Any mistakes will almost inevitably be brought up when employees come to exercise them on a company sale, during a rigorous due diligence process by the buyer. Uncertainty around the tax treatment of EMI options will lead to complications in the sale process and potentially unexpected tax liabilities for the option holders.

Here are ten issues that we most commonly see when carrying out due diligence on EMI options just before a company sale (Sale), and some tips for avoiding them.

1. Options granted too close to the sale

Options can’t qualify as EMI options if they are granted when there are arrangements in place for a Sale. Therefore, there comes a point in the lead up to a Sale when granting EMI options is no longer viable. “Arrangements" here is wide, and even includes an understanding that isn’t legally enforceable. Pinpointing this moment will not always be clear cut and requires a careful examination by advisers of the stage reached in discussions with the prospective buyer.

Even if there are not yet any arrangements in place for a sale for these purposes, any preparations for a Sale or approach by a prospective buyer would usually increase the share valuation for the purposes of EMI option grants, and it is this value that will set the threshold for coming into capital gains tax. The earlier EMI option grants are made, the lower the justifiable market value (normally), which in turn gives a better tax outcome.

2. Unreliable valuation of shares at grant

It’s extremely common for there to be question mark over the reliability of a valuation agreement with HMRC. HMRC require disclosure of any plans the company has for an exit when agreeing the value of the shares as at the date of grant, but a development in exit plans frequently occurs in the time between obtaining the valuation agreement and actually making the grant (which, currently, can be up to 120 days). Or, surprisingly often, there can be a disconnect between the company and the advisers who are preparing the submission to HMRC as to the company’s exit plans. Relevant steps which might need to be disclosed to HMRC include the engagement of corporate finance advisers, the commencement of marketing activities or the opening of a conversation with a prospective buyer. Sometimes companies have a clear valuation agreement in place, but for one reason or another end up making the grant just outside of it.

The result is concerns arising as to whether tax withholding is required at exercise in the context of the Sale, and if so, what value this should be based on. This can hold up or complicate the Sale and lead to unexpected tax liabilities for the option holders.

Being completely up-front with HMRC when seeking a valuation may make it a bit harder to agree the value with them, but it’s far preferable to having a whole deal delayed due to uncertainty around whether the letter you have from HMRC is valid or not.

3. Failure to properly register option grant within 92 days (or at least to record it)

A failure to properly notify HMRC of the EMI option grant within 92 days after the grant will mean that the option will not qualify for EMI tax advantages, unless HMRC accept an appeal that there was a reasonable excuse for the failure (note: “we forgot” will not usually cut it).

It's a concrete item that buyers will always ask for evidence of. Unfortunately, HMRC’s online notification system doesn’t allow you to retrieve the forms after you have submitted them. It's therefore vital to take screenshots showing not just the date of the submission but also the information entered on the form.

Generally, companies will be responsible for making the notifications themselves (as opposed to relying on their advisers), and so it's important that someone in the company takes responsibility for carrying out this process thoroughly and for keeping full and accessible records. If in any doubt about how to complete the notification, it's best to check in with an adviser - difficulties arise where the notification was made in time, but the information given is incorrect.

For an EMI option to be valid, there is an absolute requirement that the option holder declares in writing that they meet the EMI option working time requirements. It used to be part of the paper EMI grant notification that companies would submit to HMRC before 2014, but since HMRC's move to the online notification system many companies have overlooked this. It cannot be backdated.

Bear in mind that the declaration also needs to be made on each grant - one declaration by an option holder will not be enough to cover multiple grants received by that option holder. For that reason, best practice now is to include the declaration in the EMI option agreement itself, where it’s easy to identify and can’t be missed or mislaid.

5. Failure to notify option holder of restrictions at grant

This one is often flagged by advisers for the company to update later and then forgotten about, or not properly understood. Details of any restrictions on the shares in place at grant (and not just those that may affect market value) are required to be included in the EMI option agreement, including any restrictions in the company's articles of association and any shareholder's agreement in place at grant. To compound the issue HMRC have also evolved their guidance on the level of detail to be included, which some companies and advisers haven't yet caught up to. It’s a fiddly, technical requirement, so it’s worth getting advisers to confirm that this box has been properly ticked.

6. Changing the terms after the option has been granted

While EMI options are very flexible, there are limits. Once an EMI option has been granted, it’s not possible to make a material change to the terms without potentially invalidating the EMI option status. Care even needs to be taken when exercising a discretion in the EMI option terms themselves, because HMRC has signalled that some kinds of discretion may go too far and amount to the granting of a new non-EMI option. This is a very technical point and there are nuances around it, as well as signs of HMRC changing its approach, so it's best to discuss with advisers before grant what sorts of discretion you expect to need and tailor the documents accordingly.

Buyer's advisers will be looking to piece together a complete paper trail documenting the grant of all of the options, including board and shareholder approvals and consents, information given to and by HMRC and the terms and conditions agreed with the option holders. Missing or sloppy documents or failures in obtaining the required signatures will raise concerns, and generally poor record keeping may be a red flag in itself. It could even lead to a buyer being unwilling to accept that options are qualifying EMI options or call into question what has actually been granted. So, if you’re gearing up for a Sale, try to bring all of your EMI option documentation together in one folder ready. So that’s plan rules (if any), fully signed agreements, HMRC valuation correspondence, evidence of notification to HMRC and copies of EMI annual returns, as well as the related resolutions and consents.

8. Errors in the documentation

9. Issues around dealing with leavers

An EMI option holder who leaves their employment will experience a loss of tax advantages on any growth on the share price after leaving, if they do not exercise their option within 90 days of leaving. Delays with employees exercising their options are common where the parties are not used to dealing with the exercise process, such as where a good leaver is permitted to exercise an exit-only option early, raising the risk of the exercise taking place outside of this window.

For leavers who are allowed to retain their EMI option beyond the 90-day point, it’s important to assess what the value of the shares was at the point of leaving. The company will then be able to determine the taxable gain when the option is eventually exercised. PAYE withholding will be required if the leaver goes on to exercise their option further down the line at Sale (or in other circumstances where the shares acquired qualify as being ‘readily convertible assets’ under HMRC’s rules) - and even if the exercise takes place outside of those scenarios, in practice the individual will request information on the share valuation as at the date of grant and at leaving to be able to calculate their income tax under self-assessment.

Another common issue is companies failing to appreciate that lapses of EMI options, frequently occurring when employees leave, need to be reported to HMRC in the end of year annual share plan return even where the lapse was for no consideration.

10. Everything else that can go wrong

OK, this one is a bit of a cheat, but believe it or not there are lots of other rules which can trip employers up. The extensive conditions that companies must meet to grant EMI options, along with the complexity of the EMI rules, mean that it’s easy for companies to get it wrong without advice – and grant options that are thought to be EMI qualifying but are in fact not. There are conditions that relate to the size of your business, what kind of business you carry on, the kinds of share which can be acquired, how the business is structured and the option terms themselves.

Make sure you understand the rules properly, or get appropriate help, and then follow them to minimise the issues that might arise when you reach that hoped-for Sale. After all, you want your employees to be delighted (not distraught) when they finally get to turn that option into money in their pockets!

If you would like to discuss your EMI option scheme or plans for exit, please contact Kathy Granby. 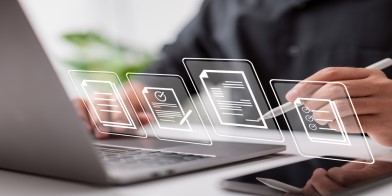 In this article we explore so called “earn-out” deals: what they are; why they are used in private M&A transactions in the advertising and marketing industry; and some of the issues that they pose for both buyers and sellers.

Earn-outs are an extremely popular method of pricing businesses in the advertising and marketing sector. 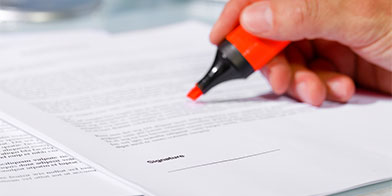 In this article we explore restrictive covenants, what they are, their enforceability and their use in M&A deals in the advertising and marketing industry. 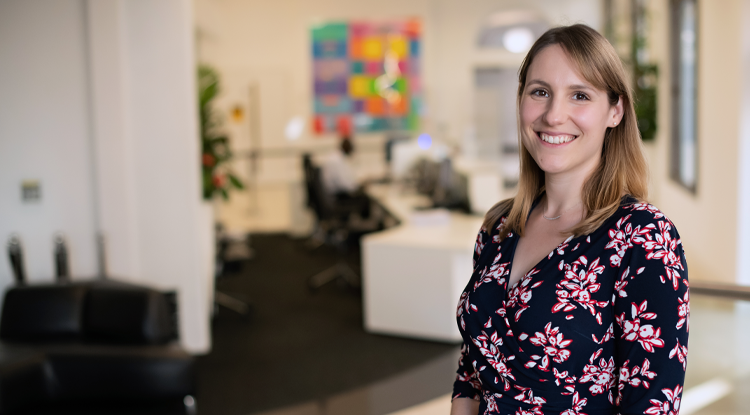