FAQs on holiday for workers with irregular working patterns

Calculating holiday entitlement and pay for workers with non-standard working patterns has always been a headache. But a recent Supreme Court ruling makes this topic even more difficult. As more employers start to review their arrangements, we’ve tried to answer the main questions.

In July 2022 the Supreme Court published its landmark ruling in Harpur v Brazel about holidays for an hourly-paid music teacher who worked during term time only and whose hours varied depending on the changing tuition needs of her pupils. Her employer had relied on the approach recommended (at the time) by Acas, which involved paying a 12.07% supplement on her earnings for holiday pay. The Supreme Court, however, ruled this to be unlawful. Under the Working Time Regulations, she was entitled to 5.6 weeks’ leave and it couldn’t be pro-rated downwards to reflect the weeks she didn’t work. Each week of leave must be paid at the rate of a week’s pay and the Supreme Court was clear that “a week’s pay” must be calculated by applying the statutory formula. This meant that the calculation for this particular teacher had to reflect her average earnings during the weeks for which she was paid, and that weeks when she was not paid could not be factored into the calculation.

For more detail about the case, see our earlier article here.

Now that the dust is beginning to settle on the ruling itself, where has it left the approach to calculating holiday entitlement and pay? This article aims to answer some of the frequently asked questions.

Isn’t the Harpur case just about term-time-only contracts in the education sector?

The facts of the case involved someone in the education sector who was employed on a permanent contract but only worked during term-time, but the ruling impacts a much wider group.

In practice, the Harpur case has the greatest impact on situations where people are employed on a permanent or long-term contract but have several weeks when they do not do any work (but are still under contract). Although logically we might think of holiday as being a form of compensation for work actually done, this case confirms that holiday effectively builds up as time goes by, not as hours are actually worked. This is not just an issue for term-time workers. For example, there are many zero-hours workers who do different hours from week to week and do no work at all in many weeks, but who are under contract in between jobs.

The ruling emphasises that everyone is entitled to 5.6 weeks’ leave, no matter what hours they do, and that holiday pay for that leave must be based on the statutory week’s pay formula, which generally only reflects worked weeks.

In throwing out the 12.07% method, the case also creates practical headaches when it comes to calculating holiday entitlement and pay for any workers with irregular hours.

What about part time workers with normal working hours who work all year round (e.g. 3 days a week) – are they still entitled to fewer days’ leave than their full time equivalents?

Yes. Technically, everyone is entitled to 5.6 weeks’ statutory leave, no matter their working pattern. Those working less than “full time” are still entitled to this amount of statutory leave - they simply have a shorter working week to factor into the equation.

Putting holiday entitlement into practice generally means translating weeks of leave into days. So, for workers on a 5-day week, 5.6 weeks works out at 28 days’ leave. The Working Time Regulations make no provision for pro-rating holiday entitlement downwards for part-time workers, as the Harpur case highlights. But if somebody is working regular hours over part of the week then, in practice, this means that their 5.6 weeks’ leave will equate to less than 28 days. For example, if someone regularly works 3 days a week (e.g. on Monday, Tuesday and Wednesday), a week’s leave for them equals 3 days. In other words, to take a week off they only need to use 3 days’ holiday (since they are off anyway on Thursdays and Fridays). So in practice, if they are entitled to 5.6 weeks’ leave each year, that means they are entitled to 5.6 x 3 days’ leave = 16.8 days a year.

So far, so logical. But the reality is that this calculation is more difficult for people who don’t have set hours because then you can’t so easily translate weeks into days.

Options include the following:

There are variations on these options, but no solution is ideal. There are trade-offs to be made between compliance and administrative convenience. Your approach may therefore depend on a mix of factors, including what your payroll system can do, the likely views of your workforce, their current working patterns and so on. We’d recommend taking advice to discuss various options.

Should we stop using permanent contracts for impacted staff?

Since holiday entitlement effectively builds up as time goes by, some employers are questioning whether it is sensible to keep staff on permanent (or long-term) contracts if there are significant periods of time when they are not working.

Whether this is the right solution for you will, however, depend on the circumstances. There can be benefits to both employers and employees in having a permanent and stable relationship. And, in some situations, pre-employment checks or other leaver/joiner processes will make it very difficult to navigate away from permanent or long-term contracts. In many situations, however, it may be sensible to look at whether shorter contacts or even job-by-job contracts would be the best solution.

What’s a compliant approach to holidays for workers with no normal working hours?

This is one of the most difficult – and unanswered – questions. There are two key issues here:

Current government guidance suggests an answer based on an “average working week”. For example, if a worker’s average working week is 2.5 days and they want to take one day’s leave, you would count this as 0.4 of a week (because one day is 40% of their average week) and you would pay them 0.4 of their average week’s pay looking back at the pay they received in the previous 52 paid weeks (only counting weeks in which they were paid).

Even if your payroll system could achieve this (many are not set up to do so) there is the challenge of calculating an average working week. On what would you base this calculation, and how often would you need to update it? It may be difficult to explain this system to your workers, and in any case it is not actually set out in the Working Time Regulations so does not guarantee compliance.

Other approaches include calculating a set number of days holiday based, for example, on a predicted working pattern, and building in a system for review. No solution is ideal, however.

How to deal with Harpur v. Brazel in practice is not easy and means weighing up legal risk, administrative workability, cost and perceived fairness and consistency as between staff with varying working patterns.

How does holiday work for people who are not under a year-round or long-term contract, but who are just engaged for each shift/job/assignment?

In this type of job-by-job arrangement, the employment relationship terminates at the end of each job with no ongoing obligations. If the worker takes on another job, then the employment relationship starts up again, and then finishes at the end of that job. Workers under these arrangements are entitled to holiday, but if the jobs are relatively short then it’s common for holiday to be paid in lieu on termination or tagged onto the end of the job.

When someone leaves employment, the Working Time Regulations require you to calculate outstanding leave on a pro-rata basis (you reduce the 5.6 week entitlement to reflect the proportion of the holiday year actually worked). When it comes to calculating payment for any outstanding leave, the Regulations apparently provide some leeway. This means that it may be possible to continue to use the 12.07% method for payments on termination. We’d recommend contacting us for advice.

I never understood the 12.07% method anyway! How was it supposed to work?

But the problem with this method was that it was based on common sense rather than the wording of the legislation. The Harpur case highlights that everyone is entitled to 5.6 weeks’ leave a year, and it doesn’t build up in proportion to time worked. In fact, it doesn’t technically build up at all – it’s the same annual entitlement for everyone, from the start of the holiday year. But the fact that you are allowed to reduce this entitlement if someone leaves employment part-way through the holiday year means that it often makes sense to talk about holiday entitlement building up as employment continues.

Does the Harpur ruling impact the amount of holiday someone can take, or just what they get paid for it?

Both. Holiday entitlement and holiday pay are two separate things. The case emphasises that all workers are entitled to 5.6 weeks’ leave a year and that payment must be based on the statutory formula for calculating a weeks’ pay. Both aspects of this ruling may impact your arrangements.

In practice, it is often easier to ensure that everyone is taking at least 5.6 weeks off work every year than it is to calculate how much they should be paid for it. Claims are generally also based on underpayment, rather than amount of time off. So, as a general rule of thumb, it’s best to focus on making sure the payment is correct. But you also need to make sure that everyone will be able to take at least 5.6 weeks holiday.

We’re worried that we’ve been getting holiday all wrong. What’s our exposure?

Claims for holiday pay based on deductions from wages are limited to two years of back pay (in Great Britain). There is also the argument (from the Bear Scotland case) that a break of more than three months between underpayments will break any chain of deductions. This “three-month break” rule was doubted by the Supreme Court in the recent Pimlico Plumbers decision but is still available, although it is quite likely to be overruled at some point.

There is potentially greater exposure for employers who have wrongly classified workers as freelancers or independent contractors and not provided them with any holiday at all. Those workers can carry forward their EU minimum holiday entitlement indefinitely.

What about agency workers?

There are two key areas of impact for agency workers:

Both the Working Time Regulations and the Agency Workers Regulations could be up for review very soon as part of the new government’s ambitious plans to review all retained EU law by the end of 2023 (discussed in our earlier article about what the new government means for employment law.) In our view, the law on holidays is ripe for reform. 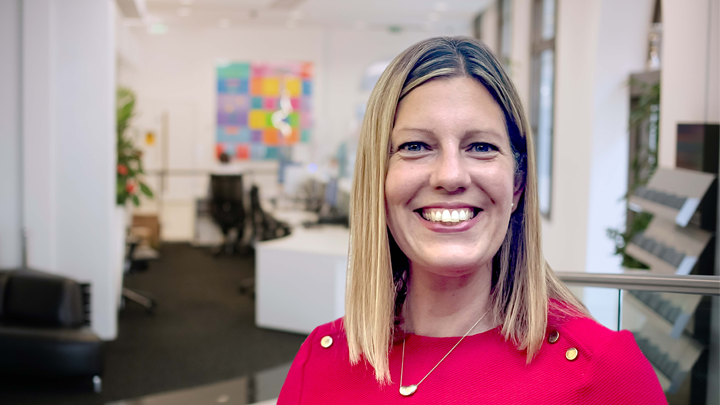 I am a Partner in the Employment team and have specialised in employment law for around 20 years.