The government’s Coronavirus Job Retention Scheme (aka the furlough scheme) has been extended until the end of March 2021. Although this is welcome and will allow for more effective business planning, the new five-month extension may mean some employees will spend an entire year on furlough.

The Coronavirus Job Retention Scheme (CJRS) had already been extended until December a few days previously to reflect the new lockdown in England. The further extension to the end of next March was announced by the Chancellor in the House of Commons on 5 November 2020. The key points are:

The government has released a policy paper setting out some of the details of the furlough scheme extension, which says that full guidance will be published on 10 November 2020. We discuss below what we know about how the scheme will operate so far.

Who will be eligible for furlough?

Employers can claim under the scheme even if they have never used the CJRS before or have not furloughed the employees in question before. When the furlough scheme was last extended, a cap was imposed which meant employers could not claim for more people than they had furloughed previously. We don’t yet know whether that cap still applies and await clarification from the government.

Can we furlough with effect from 1 November 2020 even if we were not able to get an agreement in place before this?

Yes, but only if you act quickly. It is possible to backdate to 1 November 2020 provided that a retrospective agreement is put in place by the end of Friday 13 November 2020. This backdated agreement will be dependent on the employee genuinely having been furloughed during this time. If the employee has actually been working all of their usual hours, furlough cannot be backdated.

Flexible furlough continues to be an option, meaning employees can work part-time and receive a furlough grant for their unworked hours. Employers will pay the employee’s wages for the hours they work as normal and claim for the furloughed hours, with reference to the employee’s normal working hours.

How should an employer go about putting employees on furlough?

Can employees be re-employed to be put onto furlough?

The last-minute nature of the announcement about the furlough extension means it is likely that employers will have made redundancies anticipating the end of the scheme at the end of October 2020 (and some may have employees still in an appeal process). In many cases, employers may well have referred to the ending of the furlough scheme as part of the rationale for redundancies.

This makes it likely that former employees will ask to be re-hired. If they do so, there is no legal obligation on the employer to take them back on board, but employers may feel a considerable degree of moral pressure. This is particularly the case if there is a real possibility that circumstances may change so that the employee will be able resume active employment next March. Employers will, however, need to weigh this against the additional cost of employer NICs and pension contributions, and consider the vexed question of what to do about any redundancy payments already made. If an employer is considering re-hiring an employee, it is important to take advice and consider ways in which possible risks can be mitigated.

How do employers calculate how much they can claim?

If the employee was already on furlough, the same calculations the employer was already using continue to apply. For newly furloughed employees, there will be a different reference period and calculation. There is more information here.

Is the process for making a furlough claim the same?

Although the process is the same, there is a shorter claim window. Claims relating to November 2020 will have to be made by 14 December 2020. Claims relating to each subsequent month should be submitted by day 14 of the following month. For employers with a significant number of employees on furlough, this means they will need to plan ahead and be organised in order to avoid paying employees but missing the deadline to reclaim the government contribution.

What happens for employees who are sick, shielding or carers?

It is possible to furlough employees who are shielding in line with public health guidance (or need to stay at home with someone who is shielding) or who have caring responsibilities resulting from coronavirus. There is, however, no obligation to furlough those employees. The CJRS is not intended to be used for short-term sickness absence, but if an employee is currently off sick they can still be furloughed. If an employee becomes ill while on furlough, the employer can choose whether to move the employee onto statutory sick pay (SSP) or pay them at their furloughed rate (provided that is at least as generous as SSP).

Earlier in the year, we found that employers were faced with requests from “worried well” employees asking to be furloughed. In part, that was as a result of uncertainty about risk and transmission. As there is now more available information about these issues and how to make workplaces Covid-secure, employers may not want to take the same approach - particularly where work is available. Certainly, there will be no obligation to accept such a request.

What are employees allowed to do while on furlough?

Employees on furlough must not do any work for their employer during the periods which are being claimed for but can still take part in training and volunteer for another organisation. If the employment contract allows, it is also possible for the furloughed employee to work for another employer.

How long should employers keep employees on furlough for?

Although the scheme has been extended until the end of March 2021, the government gave a clear signal that employers may be expected to make a greater contribution from January. Employers should therefore be prepared to revisit their furlough arrangements in the New Year and decide whether the scheme still works for them if the government subsidy reduces. (Furlough agreements should reflect the employer’s right to do this.)

What happens to holiday while employees are on furlough?

Employees continue to accrue holiday allowance while they are on furlough. An employer could agree with the employee to reduce any enhanced contractual holiday (beyond the statutory minimum of 5.6 weeks per year) to reflect the fact that an employee has been on furlough, but employees will retain their right to 5.6 weeks’ annual leave under the Working Time Regulations. Given the length of time employees may have been on furlough, they may have accrued a large amount of holiday by now. Employees can still take their holiday while on furlough but may be reluctant to do that, so employers may need to be proactive.

An employer can require an employee to take holiday during furlough, by giving twice as much notice as the length of the holiday it wants them to take (e.g. ten days’ notice for five days’ holiday) unless the contract says otherwise. But note that previous guidance said employees must be paid at their usual holiday pay rate for their statutory minimum holiday (5.6 weeks), not at their reduced holiday rate. This means asking employees to take holiday can be expensive, at a time when finances are tight. Employers are still free to agree a different rate of pay for contractual holiday over and above the statutory minimum holiday entitlement of 5.6 weeks.

Is there a restriction on making employees redundant?

No, under the CJRS there is no restriction on redundancies (although no part of the furlough grant can go towards paying redundancy pay). We understand that several cases are pending in which employees have challenged the fairness of their redundancies on the basis that furlough should have been considered as an alternative to redundancy. Those cases have not yet been decided, but it will be important to have a clear business rationale for considering redundancies. It is also important to emphasise that furlough is not a cost-neutral option, because of the costs related to NICs, pension contributions and accrued holiday.

Employers who brought back workers from furlough and kept them in employment until the end of January were previously in line for a £1,000 bonus per employee, which for large employers could have represented a valuable cash injection. Now the CJRS has been extended, the bonus is off the table and won’t be paid in February 2021 as planned. Instead, the government says a retention incentive - the value of which is unclear - will be “deployed at the appropriate time” because the policy intention behind the Job Retention Bonus has fallen away.

The government had intended to replace the furlough scheme with the less generous Job Support Scheme (JSS), which had different arrangements depending on whether your business was open or had been legally forced to close. The JSS has now been shelved indefinitely. Businesses that had already put in place JSS agreements in anticipation of the scheme’s launch should contact affected employees to get their agreement to being furloughed instead. 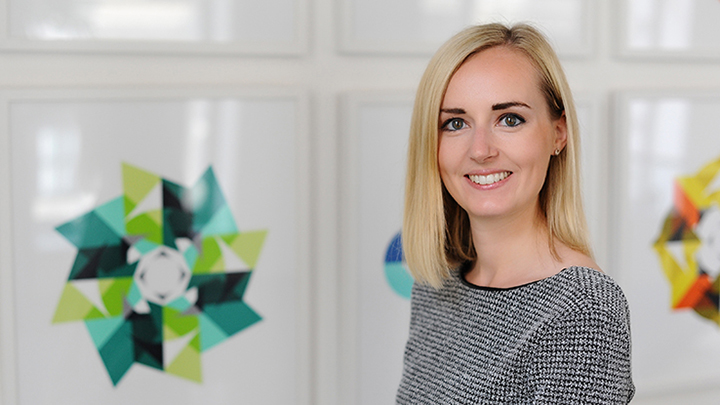 I am an associate in the Employment team. I advise both companies and individuals on all aspects of employment law. My practice covers ...