Gender Pay Gap Reporting in Ireland – are we there yet?

In this article, we review the current position on the gender pay gap in Ireland, what’s happening with the proposed legislation to introduce mandatory reporting and what employers should be doing now.

Monday 9 November 2020 marked this year’s Equal Pay Day – the date from which women symbolically stopped getting paid until the end of the year in comparison to their male colleagues because of the gender pay gap (GPG).

The GPG is the percentage difference between the average hourly earnings of men and women. The relevant figures for Ireland are based on Eurostat statistics from 2017, which show a pay gap of 14.4 per cent - slightly less than the 14.9 per cent overall GPG in the European Union. The GPG should not be confused with the legal right to equal pay for equal work. Evidence of a specific employer having a GPG does not necessarily equate to discrimination on grounds of gender, although that might be a contributing factor.

Why is there a gender pay gap?

The reasons for the GPG are multiple and complex. Some of the issues at its root include the following:

The #WorkEqual campaign centres on a month of activities and events in Ireland every November aiming to highlight the GPG. This year, it released a video featuring many prominent Irish political figures, including Senator Ivana Bacik and Lord Mayor of Dublin, Hazel Chu, talking about how the GPG can be tackled. The video notes how gender stereotypes perpetuated in schools, the media, advertising, workplaces, and even our own homes can reinforce the gender gap, and so need to be challenged wherever possible. Minister of State Peter Burke also highlighted the importance of securing greater recognition and improving working conditions for the care sector, which is heavily dominated by women.

While the increase in remote working as a result of Covid-19 may be facilitating some women (and men) to improve their work-life balance, businesses have indicated that the burden of additional caring imposed by the pandemic seems to be falling disproportionately on women. The risk is that more women will take a step back from the workplace to manage childcare, which could trigger a “wider pay gap” in the future. According to the founder of the #WorkEqual campaign, Sonya Lennon: “Our need for effective and affordable public childcare is highlighted starkly in the index findings, which show the gender gap is much wider between women and men in couples with children than in couples without children”.

Iceland and Sweden are lauded as having the narrowest global gender gap score, according to the World Economic Forum. Interestingly, in 1974 Sweden was the first country in the world to replace maternity leave with parental leave for both partners. (This was seven years before Ireland introduced statutory maternity leave). Initially men had the option of transferring their days to their female partners, which most of them did. A “daddy quota” was introduced to resolve this: three months’ parental leave is now allocated to fathers on a use-it-or-lose-it basis, thereby incentivising Swedish fathers to take their full entitlement.

Similarly, in Iceland, the President of the Icelandic Federation of State and Municipal Employees Sonya Yr Thrbergsdottir has said that the turning point came when the decision to split maternity leave between both parents was made, with fathers not permitted to transfer their three months' leave to the mother.

Mandatory reporting - what does the Irish Bill propose?

The proposed introduction of mandatory gender pay gap reporting has been on the Irish political agenda for a while. The Gender Pay Gap Information Bill 2019 (the Bill) was published in April 2019, with the general understanding being that it would come into force in 2020. The Bill lapsed in January 2020 with the dissolution of the Dáil and Seanad and, on account of Covid and Brexit, there hasn’t been much discussion of it at government level during the last couple of months. Nonetheless, the programme for the new government commits to introducing legislation requiring large companies to publish their GPG, so the Bill will most likely continue to progress in its current format.

The GPG information proposed to be published under the Bill includes:

Alongside the above information, the Bill proposes obliging employers to publish a statement setting out the reasons for any pay gap reported and the measures, if any, they are taking to eliminate or reduce the gap.

The Minister for Justice and Equality (the Minister) will have power under the Bill to make regulations prescribing the form, manner and frequency with which GPG information is to be reported and published, so it is accessible by both employees and the public. To ensure compliance with data protection legislation, the Bill provides that the Minister may prescribe measures employers should take to ensure personal data is pseudonymised before information is released.

The Bill also provides for the Minister to appoint “designated officers” to investigate suspected breaches of GPG reporting obligations. Such officers will have power to peaceably enter the premises of any employer under investigation and obtain information which enables them to exercise their functions. The Minister may also appoint designated officers to investigate and prepare a report for the purposes of ensuring that information published by an employer on their GPG is accurate.

The Bill will enable the Irish Human Rights and Equality Commission (IHREC) to apply to the Circuit Court for an order requiring an employer to comply with its GPG reporting obligations, where the IHREC reasonably believes it has failed to do so. The Minister can also request the IHREC to carry out equality reviews and the drawing-up of equality action plans. It is likely that where such applications are made, they will be public - or at least the IHREC will publish the names of employers for which they have had to make an application.

In addition, the Bill enables employees to complain to the Workplace Relations Commission, seeking an order obliging their employer take a "specified course of action" to ensure compliance with its GPG reporting obligations. This is the only remedy available and there is no monetary compensation for pursuing such a complaint, so this course of action will most likely be pursued only by particular interested parties.

What should employers do now?

At present, there is no indicative timeframe for GPG reporting obligations to come into force for employers in Ireland. There are, however, steps employers that can take now to prepare for their inevitable introduction – especially where they have already completed this exercise in order to comply with their GPG obligations in the UK or elsewhere. These steps include:

Sonya Lennon describes the GPG as “a symptom of deeper issues”, and it is important to remember that mandatory reporting is not a magical cure. Moreover, employers understandably have many competing priorities in the current climate. It would nonetheless be advisable for them to take advantage of the current breathing space to reflect upon their company values, and to test and challenge workplace policies and procedures in order to evaluate the root of any potential gender and other inequalities in their organisation. 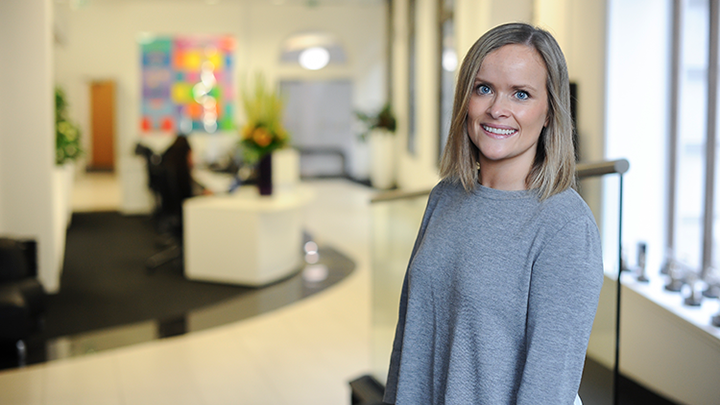 I am a senior associate in the Employment, Immigration and Reward division.