Back in 2019, the government announced a new Employment Bill. A pandemic and two prime ministers later, it has not appeared. But several Private Members’ Bills now cover much of the same ground and have gained government support. Employment law reform now looks likely to be ushered in by the back door.

We have written in detail about this previously, but it is useful to start with a brief recap on what the Employment Bill was expected to cover:

Despite a significant amount of cross-party support, the most recent Queen’s speech made no mention of the Employment Bill. However, of the 20 Private Members’ Bills drawn in the ballot in June this year, a substantial number covered the same ground as the proposed Employment Bill. These are now making significant progress through the legislative process and gaining government backing. The key Bills are summarised below.

The Carer’s Leave Bill makes provision for one week’s unpaid leave for providing or arranging care for a dependant with a long-term care need. This would be a day one right for employees.

The definition of dependant reflects existing leave entitlement provisions, and “long-term care need” is defined as:

The intention is that carer is defined broadly and that the administrative process is light touch. Those who take carer’s leave will not need to provide evidence of how the leave is used or who it is used for.

Eligible employees will be able to take leave in increments of half or individual days, up to a total of 5 working days over a twelve-month period. They will have the same employment protections as associated with other forms of family leave.

Breach of these rights could result in a tribunal claim that an employer has:

The Carer’s Leave Bill is an enabling Bill which means that the government will need to introduce further regulations to enact the rights, but the central proposals appear to reflect what had been expected after the government’s response to the Carer’s Leave consultation last year (see here).

The take-up of this right may be limited by the fact that this leave will be unpaid. A key decision for employers will therefore be whether to offer full pay for at least a proportion of the week’s leave. From a practical perspective, many employers are likely to want to put paperwork in place to provide for self-certification of absence for caring responsibilities and to create a policy explaining the right and processes for exercising it.

Since the 2013 repeal of relevant provisions in the Equality Act, employers have not been explicitly liable if staff are harassed by third parties. Concern has been raised that this has left a gap in protection, with research indicating that 20% of the UK population has experienced sexual harassment in the workplace. Harassment by third parties is, of course, a particular problem in customer facing roles.

In a consultation response published in 2021, the government promised to revive protection from third-party harassment and to introduce a preventative duty relating to sexual harassment (see here). These proposals are now making legislative progress via the Worker Protection (Amendment of Equality Act 2010) Bill.

The proposed re-introduction of liability for third-party harassment would go further than the repealed provisions. Previously, employers could only be liable if there had been two or more instances of third-party harassment of which they were aware. The proposed legislative does not bring back this restriction. Instead, employers will be liable if they failed to take reasonably practicable steps to prevent the harassment, even if it was the first occasion.

Under the Bill, employers would also have a proactive duty to take reasonable steps to prevent sexual harassment of employees in the course of their employment. The intention is to shift the focus from redress to prevention. After the consultation was published last year, questions were asked as to how a proactive duty could be enforced. Would the scope of potential claimants be extremely wide, or would the duty only be enforceable once an incident had occurred? Under existing proposals, the position appears to be primarily the latter:

The Bill does not clarify how employers will demonstrate compliance. It is anticipated that the (also) long-awaited new EHRC Code of Practice will set out the steps that employers should take to prevent and respond to harassment. As this Code is likely to be based on the EHRC guidance published in January 2020, employers could prepare for this upcoming change by benchmarking current practice against the guidance. Potential changes that could be usefully planned for now include:

The training team at Lewis Silkin work regularly in this area. If you would like to have a conversation about how they can support with training, listening exercises, or HR consultancy services in the area of anti-harassment, diversity and inclusion, please contact them at ILoveTraining@LewisSilkin.com.

Under existing law, employees on maternity leave have priority for suitable alternative employment in a redundancy situation. As it stands, it is only during maternity leave that women are prioritised in this way. The Protection from Redundancy (Pregnancy and Family Leave) Bill would give the government powers to introduce regulations to extend this protected period to cover both pregnancy and a period after returning to work from maternity leave. Those adopting a child or taking shared parental leave will be similarly protected.

The length of the protected period remains to be determined by regulations – the Bill itself is silent on this point. But the government previously indicated that it supported an extension of protection from the point at which an employee gives written notification of her pregnancy up to six months after her to return to work. Implementing this commitment appears to be the intention behind the Bill.

This is a long-anticipated reform, which was mentioned in the 2019 Queen’s Speech. More radical proposals (prohibiting dismissal during pregnancy and maternity leave as seen in some European countries) were set out in a different Private Members’ Bill but failed due to lack of government support. This latest Bill, however, looks likely to make the cut.

As the protected period is due to be significantly extended, pregnant employees will be in a priority position for up to two years, and this will need to be carefully factored into restructuring exercises. Searches for suitable alternative employment may need to stretch across group companies and a wide geographic area. Managers may require training and internal processes may need updating.

This last change is interesting and perhaps reflects a culture change, in that a request to work flexibly is not an unusual step but the norm in many workplaces. The Bill does not explicitly shift the obligation to employers, but considering a flexible working request fairly will realistically require an employer to analyse the change, to consider the potential impact on the business and colleagues, and to discuss this with the employee.

As it stands, an employee must have 26 weeks’ continuous service to make a flexible working request. There has been much discussion about making this a day one right. This was stated to be the intention in the government consultation response published in October 2021 but the Bill is currently silent about this. Clarification is needed on what could be one of the most significant aspects of this legislation.

Many employers are likely to have flexible working policies and these will need to be updated to reflect these changes when they come into force. Many businesses may choose to go beyond this fairly modest reform.

The Neonatal Care (Leave and Pay) Bill would grant a new day one right of neonatal leave for parents whose babies spend time in neonatal care units.
The details of how the right would operate in practice remain to be set out in regulations. The Bill provides that neonatal leave will be a minimum of one week and the government’s response to the consultation on this issue suggests that leave would be for a maximum of 12 weeks. As with other existing family-related rights, employees with at least 26 weeks’ service (and who pass the minimum earnings test) would be entitled to statutory neonatal care pay for this period.

Under the proposals, the leave could be taken within 68 weeks of the child’s birth. This aims to ensure that parents have sufficient time to take this additional leave after other leave rights to which they may be entitled.

It will be important to check other related family rights policies to see whether any changes (for example provisions relating to returning to work after maternity or paternity leave) are needed. Many employers may consider enhancing statutory neonatal pay, offering full pay instead.

We wrote about this in detail here but, in short, the central aim of the Bill is to ensure that 100% of tips, gratuities and service charges are distributed fairly among staff without deductions (other than for tax). In addition, the Bill would:

The Bill will not apply in circumstances where an employer does not receive or exercise control or significant influence over tips, including where tips are paid directly to workers in cash and kept or informally pooled by workers.

Affected employers operating in the hospitality sector will need to have a written policy that addresses how tips, gratuities and service charges are dealt with and records will need to be kept.

The Employment Bill by the back door?

Although the Employment Bill may be forgotten, these Private Members’ Bills are providing another route to the statute book. It remains to be seen how many will cross the finish line but, given that the Bills listed above all have government backing, they have a good chance of becoming law. In terms of timescales for their implementation, this is difficult to predict but it seems likely that most reforms will not take effect until 2024 or beyond. 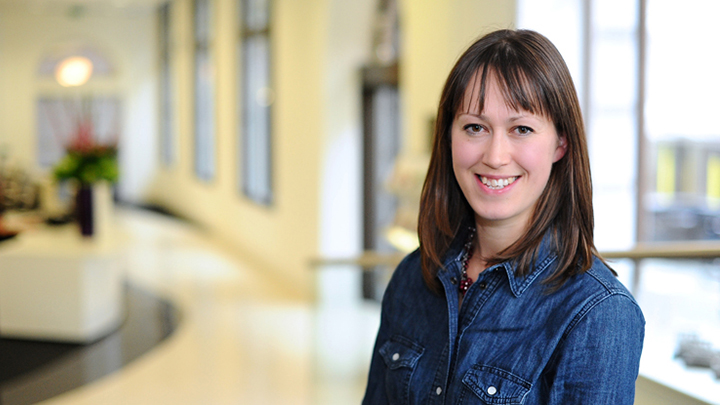