A female employee has hit the headlines after being sent home without pay on her first day as a receptionist by her agency Portico…for refusing to wear high heels.

Nicola Thorp, a temporary receptionist, turned up for her work assignment only to be told to purchase heels between two and four inches or go home as she was in breach of staff uniform rules. Ms Thorp has received huge support since she spoke out, with other women telling their horror stories of swollen feet, backache and even managers insisting that high heels be worn despite the employee being heavily pregnant. The distressing images of a Canadian woman’s bloodied feet after a waitressing shift in heels has also gone viral (warning – this may put you off your dinner!) with many diners promising to boycott the restaurant involved.

Ms Thorp has started a petition on the Government website to stop employers requiring women to wear high heels at work. More than 100,000 people have now signed the petition in support, meaning it will be considered for debate in Parliament. The outsourcing agency has already publically changed their “appearance guidelines” with immediate effect.

Employers are generally well within their rights to expect staff to comply with a dress code. The courts have been reluctant to agree that an employee required to comply with a uniform policy has been discriminated against on the basis of their sex, provided policies are enforced for both sexes equally. Previous case law has held that a dress code which required employers to dress in a “conventional” way related to their sex would not constitute sex discrimination provided it was enforced in a consistent manner, meaning a male employee could be required to have short hair while women were permitted a longer style (Smith v Safeway plc [1996] IRLR 456). In the later case of DWP v Thompson ([2004] IRLR 348), the EAT gave short shrift to the arguments of a disgruntled employee who claimed it was discrimination to force him to wear a collar and tie when female employees where not subject to the same requirement.

There hasn’t as yet been a test case on high heels, which are arguably more controversial than hair length and ties given the degree of sexualisation in advertising and the media. Many commentators have suggested that women are expected to wear high heels to look “sexier” or more feminine. Psychology professor Dr Paul Morris’s study found that wearing high heels made women take shorter steps and sway their hips more. It looks like Manolo Blahnik was right when in describing the effect of high heels he said “your body sways to a different kind of tempo”. This makes it at least arguable that men and women are not being treated equally under a dress code which requires women to wear high heels, because the equivalent dress code for men does not involve this degree of sexualisation – so making the requirement direct sex discrimination.

The fact that a uniform policy has made headlines at all shows that the general public believe forcing women to wear high heels is a sexist issue. Earlier this year, BA agreed to allow all cabin crew to wear trousers if they chose, in a decision hailed by Unite as BA “joining the 21st century”. High heels look set to become the new trousers issue for women.

Another factor relevant to this debate is the well-publicised health risks of wearing high heels - ranging from strained knee joints, shortened calf tendons and even osteoarthritis. After all, no one claimed there were health risks from wearing a skirt. The ACAS guidelines on dress codes remind employers to consider health and safety as well as the duty to make reasonable adjustments for employees with disabilities.

Female employees who are able to bring themselves within the disability definition under the Equality Act 2010, and have medical evidence to show that wearing heels aggravates their symptoms, would certainly have disability discrimination claims if an employer were to refuse to allow flat shoes to be worn.  A more speculative claim could perhaps be brought based on indirect discrimination, on the grounds that the use of “conventional” dress codes disadvantage women given the accepted health risks of wearing high heels.

A related issue is the application of dress codes to men who wish to wear conventionally female clothing. Unlike with high heels, this is an area where men may face more sexism that women, in that a woman wearing “male” clothing such as trousers is still likely to be more societally acceptable than a man wearing a dress. Those undergoing gender reassignment are protected by discrimination law, but individuals who simply wish to wear different types of clothing may still be limited by dress codes based on conventional standards. With public figures such as Eddie Izzard and Grayson Perry openly wearing female as well as male clothing, it may only be a matter of time before these attitudes start to change.

The high heels issue has certainly struck a chord with the public, judged by the level of press reporting and the rapidity with which Ms Thorp’s petition reached 100,000 signatures. From an employer’s perspective, the key purpose of a dress code is to ensure that all employees present a smart and professional corporate image. It should be possible to achieve this without resorting to outdated stereotyping of either women or men. 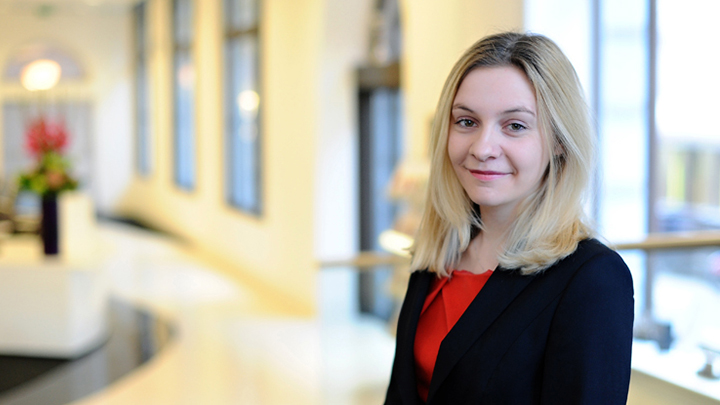