Governments across the world have introduced arrangements equivalent to the UK’s furlough scheme, aiming to support businesses in retaining employees by subsidising all or some of their salary. Our survey of 28 countries reveals significant differences between the approaches being taken, particularly in relation to the generosity and duration of schemes.

Our infographic below captures the key data from the survey and we set out below a summary of our findings across the 28 participating states. While “furlough” is not a term generally used worldwide, we found that many countries have implemented some form of scheme to subsidise employee salaries to cover temporary lay-offs or reduced employee working hours (known in many countries as “short-time working’).

Interestingly, the United States was the only jurisdiction offering loans in response to the Covid-19 outbreak. At the time of the survey, Russia was still in discussions regarding which federal and regional schemes were to be enacted, although a loan scheme has since been implemented (see below).

Under the programmes offered in Greece, Croatia and New Zealand, no percentage cap is stipulated in their schemes and, in some other cases, the financial limit offered varies depending on whether the employee is full or part-time.

In Greece, for example, the grant is only for employers suspending their business by order of a public authority, as well as certain categories of employers severely affected by Covid-19 who have had to suspend employment contracts as a result. Employees will receive a one-off payment of €800, regardless of whether they are full or part-time, and employers will not pay employee insurance contributions while their business activity is suspended.

In New Zealand, as in the UK, employees may not be laid off unilaterally by their employer and any decision to furlough must therefore be by agreement. The wage subsidy is available to all businesses who meet the government’s eligibility tool, in which case the amount due will be paid to the employer as a lump sum based on and covering a 12-week period. This can be then paid to employees through their usual pay cycles.

Some countries have implemented quite a detailed programme, such as the Netherlands, where compensation received from the government can amount to 90% of salary costs under the “NOW” scheme. The Dutch government has used a graduated scale to calculate how much compensation is received by eligible employers. If business turnover declines by 100% due to the coronavirus prevention measures, the salary subsidy will be set at 90% of the employer’s wage bill; if turnover drops by 50%, compensation will amount to 45% of the wage bill; and if there is a 25% loss of turnover, the compensation will be 22.5%.

Other jurisdictions provide less detail as to how subsidies will be calculated. Italy, for example, has taken a clear, straightforward approach and, similar to the UK, is offering 80% of monthly salary, although capped at a much lower amount than the UK - €1,200 gross. This will be paid by the national social security body.

Generally, we found that employers around the world were subsidising between 60% and 100% of their employees’ wages through grants. As mentioned above, however, the United States has opted for a different approach at federal level. The “CARES Act” (Coronavirus Aid, Relief and Economic Security Act) introduced a Paycheck Protection Program which provides for loans to small businesses to cover payroll costs, among other things. The size of loan will vary per application, but at least 75% of the loan proceeds must be used for payroll costs. The programme is designed to help employers retain employees at their current pay rate (where it does not exceed $100,000 per employee, per year) for eight weeks of payroll.

Since we conducted our survey, Russia has also enacted its own federal support, though it is somewhat restrictive. With effect from 25 April 2020, only businesses in the most affected spheres - stipulated by the government to include industries such as tourism and transportation - may apply for interest-free loans for payment of salary costs. The loan is calculated as follows: actual number of employees x regional minimum wage (e.g. approximately €250 in Moscow) x number of months for which the loan is taken. Therefore the amount subsidised could vary significantly across different businesses and Russian regions.

Of the countries offering grants, Greece and New Zealand were the only countries offering employers one-off lump sum payments to subsidise wage costs, as opposed to a continued scheme covering monthly payroll costs. At the time of the survey, Romania and Lithuania had the shortest schemes ending on 14 and 13 April 2020 respectively. As expected, however, the Romanian government has now extended this for an additional 30 days and Lithuania has also granted approval for an extension.

Malta and Luxembourg had the longest duration for scheme provision. The government of Luxembourg has not given a set date as to when its scheme will come to an end, but rather requires all employers that are dependent on the scheme to renew their subsidy applications monthly. Similarly, in Malta, no impending end date was originally given, but following approval from the European Commission on 24 April the scheme has been extended to last 12 months. Germany and Sweden both set 31 December 2020 as the end-date for their schemes.

Employee consent and prohibition of redundancies

It is also interesting to note that - again unlike the UK - 55% of countries prohibit employers from making redundancies in return for the subsidy, thereby providing some degree of job security for employees.

While the overall levels of financial support and processes for wage subsidy distribution vary significantly, across all jurisdictions, it is encouraging to see that most of the countries surveyed do offer some form of job retention scheme. As lockdown and quarantine measures start to ease worldwide, it remains to be seen to what extent the international workforce will be affected by redundancies in industries where recovery from the outbreak is simply too challenging as governments bring financial grants to an end.

With the rapidly changing status of COVID-19, businesses are facing many urgent and unique challenges. 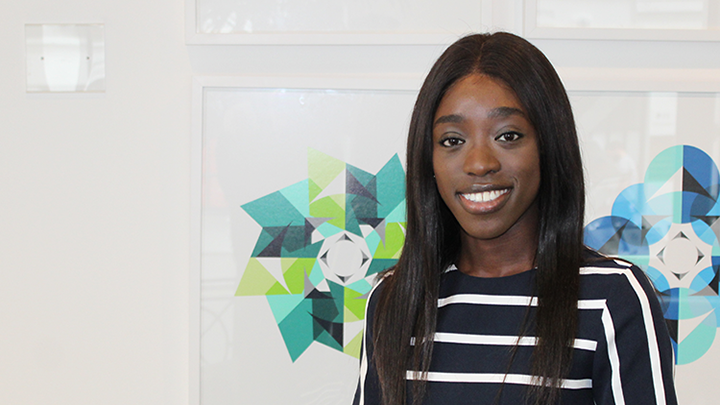 I joined Lewis Silkin in 2019 as a Paralegal in the Employment, Immigration and Reward division.