New duties to prevent sexual harassment – but not yet

The government has committed to introducing a new proactive duty on employers to prevent sexual harassment, alongside considering new laws which would make employers liable if third parties harass their employees and possibly extending the time limit in which to bring discrimination claims. It is likely to be some time, however, before any changes are put into effect.

In 2019 the government carried out a consultation on sexual harassment in the workplace, noting that it is “abundantly clear” that this problem persists within our society. The aim was to establish what steps it could take to improve the legal framework that protects individuals from sexual harassment, including ways in which employers could be encouraged to take on a more proactive stance. The government has now published its response to the sexual harassment consultation, which provides an insight into what shape reform is likely to take.

The government intends to impose a new proactive duty on employers to take “all reasonable steps” to prevent sexual harassment in the workplace. Employers are of course already potentially liable for incidents of sexual harassment unless they can show that they have taken “all reasonable steps” to prevent them – which is commonly known as the “employer’s defence”. However, the new duty would mean that employers could be held accountable for failing to take preventative steps even if no incident had occurred. The idea behind the new proactive duty is to shift the focus away from after-the-event liability, towards preventative action.

The introduction of a new proactive duty brings into focus the question of how employers can be sure they are taking “all reasonable steps” towards preventing discrimination. The government has declined to explicitly set out what steps employers should take, noting that this would remove the flexibility to take a proportionate approach based on the workplace in question. It is hoped that a new statutory Code of Practice due to be published by the Equality and Human Rights Commission (EHRC) will nevertheless go some way to providing clarity. We expect the Code to be circulated in draft form for consultation, possibly as early as this year.

It is not yet clear how the new preventative duty could be enforced. The EHRC would be able to investigate and ultimately take enforcement action against suspected breaches of the duty, although many respondents to the consultation expressed concerns about its capacity to do without additional resources.

The consultation also raised the possibility of individuals being able to enforce the new duty alongside the EHRC, with a TUPE-style model of compensation whereby the individual (and possibly even the whole workforce) might be entitled to 13 weeks’ pay if the employer was found to be non-compliant. It appears that few respondents supported this idea, however. The government response appears to have shelved the TUPE-style model and “anticipates” that individuals will still only be able to make a claim if an incident has occurred.

Unless the scope for EHRC enforcement is significantly expanded, therefore, it is likely that in practice enforcement will still focus on after-the-event liability, and the new duty may be largely symbolic. The new statutory Code of Practice, on the other hand, could result in a more significant shift in practice if it defines and clarifies the concept of “all reasonable steps” in a way which raises the bar for employers seeking to rely on the “employer’s defence”.

The time limit for bringing a claim under the Equality Act 2010 is currently set at three months, except for equal pay claims, for which the time limit is six months. The Employment Tribunal has the discretion to extend this time limit where it considers it “just and equitable” to do so.

The government’s response to the consultation suggests that it is in favour of increasing the time limit for all discrimination claims to six months, in order to give would-be claimants time to process what has happened and initiate their employer’s internal procedures for dealing with the allegations.

From the employer’s perspective, longer time limits carry the potential to create more uncertainty. It is arguable, however, that they may reduce litigation in some instances, by giving employees longer to move on to another role and making employees feel less like they are being rushed into litigation to protect their position.

Between 2008 and 2013 there was a specific law that made employers liable if an employee was harassed by a third party (e.g. a customer or client of the employer) in the course of their employment, but only if the employee had been harassed on two prior occasions. The government now plans to revive this duty, but in a new form.

The response acknowledges the fact that there is a heightened risk of sexual harassment in some workplace environments (such as those in which alcohol is present, or where employees are required to interact with customers), while in others the risk is comparatively low and sexual harassment would be unexpected. The government remains undecided on whether, against that background, an incident of harassment should already have occurred (and, if so, how many times) before an employer can potentially be held liable. This remains to be discussed with stakeholders.

The government has confirmed, however, that employers will be able to rely on the defence of having taken “all reasonable steps” to avoid the harassment. This is a welcome caveat; however, until we better understand what constitutes “all reasonable steps” (most likely when the EHRC Code of Practice is published) it is hard to say how far the new duty will go. Employers would nonetheless be well-advised to take proactive steps such as including clauses concerning harassment in third-party supplier contracts and displaying notices in the workplace advising that harassment will not be tolerated.

The response does not suggest that the bar would be lower than the “reasonable steps” required to prevent harassment by the employer’s other employees or agents, although in our view this would need to be the case in practice, to recognise that employers do not have equivalent means of prevention at their disposal against third parties. The response is also unclear on whether the new duty will apply to all forms of harassment, or just to sexual harassment.

Protection for volunteers and interns from sexual harassment.

As it stands, those without employment status (i.e. those who do not fall within the statutory definitions of “worker” or “employee”) do not benefit from all of the protections against harassment enshrined in the current legislation. Consequently, many volunteers and potentially some interns would be unable to bring a claim for sexual harassment against an organisation. The government has now confirmed that it will not, however, be introducing new laws in this area. Those who could be termed as “working for free” (which covers almost all interns) would most likely already be regarded as workers and would therefore be protected by existing legislation as well as the proposed changes. Those who are “pure” volunteers are in a different position and are unlikely to be covered by the existing legislation. However, the government considers that imposing obligations in relation to ad hoc voluntary work (such as one-off volunteering at a school event) would be disproportionate and the consequent “red tape” could deter people from volunteering.

We await the publication of the new draft statutory EHRC Code of Practice for further details. The government response makes it clear that the Code will not set out an exhaustive list of reasonable steps, but it is to be hoped that the Code will at least provide clarity over what is expected from employers rather than, for example, requiring unrealistic steps or vague actions.

In January 2020, shortly before the Covid pandemic began, the EHRC published new technical guidance on harassment upon which the Code of Practice is likely to be based. The new guidance is already calling for a step change in how employers should prevent and respond to harassment, by putting the onus on employers to be more inquisitive about what is going on in their workplaces and recommending steps that employers can take. These include reviewing policies, training employees and managers, carrying out rigorous investigations (even into historic complaints), conducting risk assessments and a series of other steps summarised in more detail in our article on the technical guidance. Responding to the Covid pandemic has naturally overtaken most other priorities, but employers could start preparing for the new harassment laws by working towards compliance with the EHRC technical guidance. 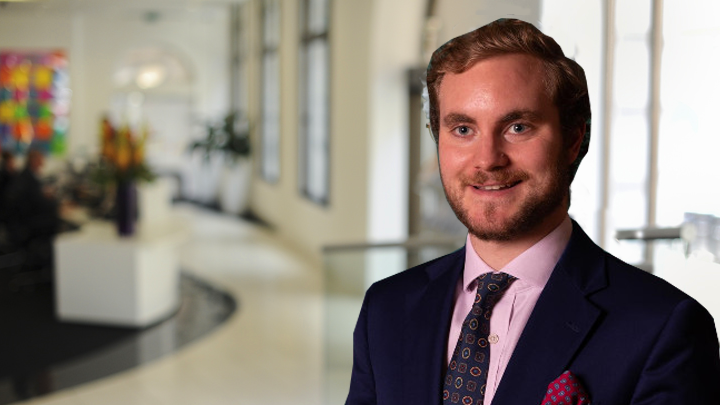