All employers are required to automatically enrol eligible jobholders into a suitable pension scheme and fund a minimum level of pension savings (without reducing pay or benefits elsewhere). At least 8% of qualifying earnings must be paid into the pension scheme, with a minimum employer contribution of 3%.

In this Inbrief we explain the rules, exceptions and employer duties.

Which jobholders must be auto-enrolled?

Eligible jobholders must be automatically enrolled into a suitable pension scheme.

An eligible jobholder is someone who:

A “worker” includes not only an employee but also any individual who personally performs work for the “employer” unless the “employer” is a customer of a business undertaking carried on by that individual. This can include technicians, IT contractors and a whole host of other people who are not genuinely carrying on a self-employed business. Indeed, individuals who contract to provide personal services to an “employer” and who are not carrying on a business on their own account may be a worker even if they are self-employed for tax purposes.

Employers should therefore review the status of contractors (such as salespeople working on a commission basis) to determine whether they are workers for these purposes.

Note: agencies are responsible for auto-enrolment in respect of agency workers who are paid by an agency. Non-executive directors and personal services companies are normally excluded from auto-enrolment.

Are there any exceptions?

Yes. Employers have discretion not to apply the auto-enrolment duty in some circumstances. The most common are where:

When will auto-enrolment apply?

All employers in the UK are subject to auto-enrolment obligations.

Employers must ensure that all eligible jobholders are auto-enrolled in a suitable pension scheme from the date they satisfy the eligibility requirements (the “Auto Enrolment Date” or AED). For most jobholders the AED will be their start date with the employer.

What is the position for workers who are not eligible jobholders?

Jobholders who are aged 16 to 21 or who are over the state pension age but under 75 and who have qualifying earnings of at least £10,000 a year (for the tax year 2022/23) (known as Non-Eligible Jobholders) may opt-in to the pension scheme. If they do so, the employer will be obliged to fund pension savings on their behalf. Jobholders who are aged between 22 and state pension age who earn at least £6,240 a year but less than £10,000 a year (for the tax year 2022/23) are also Non-Eligible Jobholders and can opt-in to the pension scheme and oblige the employer to fund their pension savings.

Jobholders who have qualifying earnings of less than £6,240 a year (for the tax year 2022/23) (known as Entitled Workers) may also join the pension scheme but the employer will not be obliged to fund pension savings on their behalf.

Can a jobholder opt-out of the pension scheme?

Yes. Jobholders who have been automatically enrolled will have a right to opt-out of the pension scheme by giving their employer written notice within one month of the later of their AED or the date on which the employer provides them with enrolment information.

Those jobholders who have applied for a form of tax protection to protect their pension pot against the Lifetime Allowance charge (see below) may be adversely affected by auto-enrolment. In broad terms the tax protection will only be effective if no further benefits accrue, and no further contributions are made, to that jobholder’s pension scheme. Whilst employers have a choice as to whether to auto-enrol (or re-enrol) a jobholder where the employer has reasonable grounds to believe that the jobholder has a form of tax protection in place, those jobholders affected will need to ensure that if they are auto-enrolled (or re-enrolled) that they seek professional advice and opt-out as appropriate.

Can jobholders who have opted out of the pension scheme opt back in?

What is the re-enrolment process?

Employers will be required to automatically re-enrol eligible jobholders in a qualifying pension scheme every three years. Re-enrolment is discretionary if the jobholder has decided in the previous 12 months to leave a qualifying scheme. The same processes and information requirements will apply to re-enrolment.

What contributions must be paid?

The minimum contribution levels are calculated by reference to the jobholder’s “qualifying earnings”. This is a band of earnings between £6,240 and £50,270 per year (for the tax year 2022/23).

Employers may operate a pension scheme which calculates contributions in a different way, for example the scheme may base contributions on the employee’s entire earnings rather than a band of their earnings. This may still be compliant as long as the scheme meets certain requirements (see below).

Any contributions which have been deducted from the jobholder’s pay must generally be paid into the pension scheme by the 22nd day of the next month (or 19th if by cheque).

Employers may be able to use their existing scheme for auto-enrolment purposes, provided it meets minimum criteria. One of the key criteria in relation to defined contribution schemes is the percentage of the employer contribution.

A defined contribution scheme may be compliant with auto-enrolment requirements if the employer makes the minimum contributions set out in Table 2 (see last page). There are three sets of requirements, depending on how contributions are calculated under the scheme, which are explained in the table.

Employers who are setting up new pension arrangements

What is the jobholder’s tax position?

For example, the total minimum contribution is 8% of the jobholder’s qualifying earnings. The employer must contribute a minimum of 3%. If the employer contributes the minimum, the jobholder is required to contribute a further 5%. However, this would be made up of a 4% contribution funded by the employee and a 1% contribution funded by the government in the form of basic rate tax relief (assuming basic rate tax remains at 20%). Jobholders who pay tax at 40% and/or 45% will be able to claim higher and additional rate relief through self-assessment.

What are the other employer duties?

The employer also has duties to keep various records and provide information to jobholders, the scheme administrators and the Pensions Regulator (the Regulator). The reporting duties are detailed and must be complied with within specific deadlines.

What information must be supplied to the jobholder?

What information must be supplied to the Regulator?

Employers are obliged to re-register with the Regulator every three years and provide updated information.

How are jobholders’ rights protected?

There are a number of measures designed to protect the rights of jobholders (and prospective jobholders) to be automatically enrolled in a suitable pension scheme and to prevent non¬compliance by employers.

Any provision in an agreement under which an employer seeks to contract out of, limit or exclude any of its duties is void (unless agreed under a settlement agreement).

Employers are prohibited from recruiting workers on the understanding that the worker will opt out of auto-enrolment (for example by suggesting that a job offer depends on an applicant opting out or asking applicants at interview or pre-selection whether they intend to opt out). The employer may be liable to a fine of between £1,000 and £5,000 (depending on its payroll size) for contravening this requirement.

In addition, the employer must not offer a financial inducement (for example higher salaries or a one-off bonus) to jobholders to encourage them to opt-out of auto-enrolment. Care will be required with flexible benefit schemes under which an employee can select benefits from a range of options with an equivalent value. To be on the safe side, employers may want to ensure that the minimum employer contribution is available whichever options an employee chooses.

Jobholders also have the right not to suffer any detriment in their employment in relation to auto-enrolment and will be able to bring proceedings in the Employment Tribunal to enforce this. In addition, any dismissal arising from an employer’s breach of the auto-enrolment requirements will be unfair.

Jobholders may also be entitled to make complaints to the Pensions Ombudsman who may then investigate the facts of the complaint and make legally binding decisions which are enforceable in court.

What are the penalties for failing to comply with the employer duties?

The Regulator has responsibility for ensuring employers comply with their duties.

The Regulator may issue:

If a breach is not remedied by a specified date, the Regulator has the power to issue either a fixed or escalating penalty notice.

If an employer wilfully fails to comply with its key duties, the employer could face a fine of up to £50,000 or a prison sentence of up to two years.

Practical steps to ensure compliance include:

How can Lewis Silkin help?

We have a team of specialist employment and reward lawyers who can guide you through the rules.

Table 1: Minimum Contributions for defined contribution, personal pension and some hybrid pension schemes, where contributions are based on qualifying earnings between £6,240 and £50,270 (2022/23 tax year)


Table 2: Minimum Contributions for defined contribution schemes which may still be certified as compliant 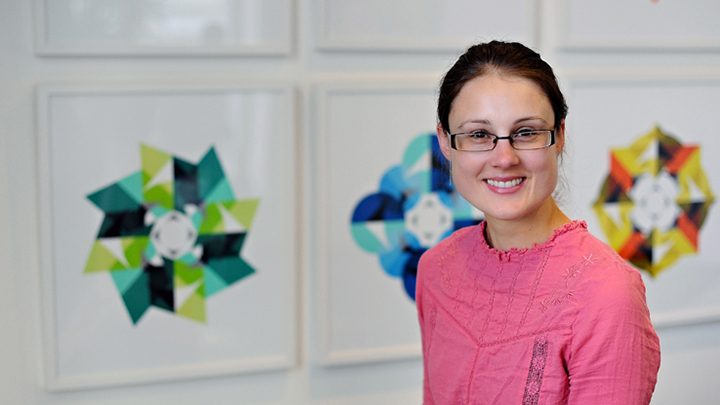