The Supreme Court has considered an important question in relation to damages. In what circumstances can damages for breach of contract be assessed by reference to the sum the claimant could hypothetically have received, known as Wrotham Park damages, in return for releasing the defendant from the obligation he had failed to perform?

For certain breach of contract claims it can sometimes be difficult to assess the loss a party has suffered especially where claims relate to the breach of a restrictive covenant or the misuse of confidential information. In this situation parties may seek to recover Wrotham Park damages i.e. what would the party in breach have paid to do the act that it did – a hypothetical fee. The advantage of such a claim means that the party would not have to prove the actual loss.

As a reminder, the Wrotham Park damages principle originated from the 1974 case of Wrotham Park Estate v Parkside Homes Ltd concerning a breach of a restrictive covenant. The judge considered that damages would be an appropriate remedy in lieu of an injunction against the defendant. Damages were awarded to the claimant on the basis of what the defendant would have reasonably paid the claimant as a fee to release it from the restrictive covenants that bound the defendant under the contract between the parties. This established the hypothetical fee as a remedy in damages for this type of breach. However, claiming this remedy has attracted a great deal of academic debate and arguably led to uncertainty as to when the remedy is available. The Supreme Court in Morris-Garner and another v One Step (Support) Ltd [2018] UKSC 20 has now considered the circumstances in which a party would be entitled to claim such a remedy.

The claim concerned breach of restrictive covenants. In 1999 Morris-Garner established a business providing support for young people leaving care. In 2002, a 50% interest was sold to Mr and Mrs Costelloe, who incorporated One Step (Support) Ltd as the vehicle for the transaction. As a result of deteriorating relations between the parties, Morris-Garner opted to sell the shares in One Step to the Costelloes in 2006. Morris-Garner agreed to be bound for 3 years by confidentiality, non-compete and non-solicitation covenants in favour of One Step. Morris-Garner incorporated a new company which operated in competition with One Step, who then brought proceedings against Morris-Garner for alleged breaches of the restrictive covenants.

Philips J ordered that the issues of liability and the claimant’s entitlement to the remedies sought should be tried first. The judge held that Morris-Garner had breached their covenants and One Step was entitled to damages either on a Wrotham Park basis or ordinary compensatory damages. One Step elected to claim damages on a Wrotham Park basis for such amount as would notionally have been agreed between the parties, acting reasonably, as the price for releasing the defendants from their obligations. The judge did not seek to quantify those damages. Morris-Garner appealed.

On appeal, Philips J’s decision was upheld. It stated that Wrotham Park damages were not restricted to cases where the claimant had suffered no “identifiable financial loss”, nor must the case be “exceptional”. The test was whether an award on the Wrotham Park basis would be the “just response”. This appeared to be extending the circumstances when the remedy would be available. Morris-Garner appealed the decision further.

The Supreme Court unanimously overturned the Court of Appeal’s decision and held that Wrotham Park damages were not available to One Step, with the leading judgment from Lord Reed. It should be noted that Lord Sumption agreed the result but provided his own reasoning. The case was remitted to the High Court to assess One Step’s actual financial loss to be measured on the basis of the evidence available. This would no longer be on the basis of a hypothetical fee for releasing Morris-Garner from the restrictive covenants.

The Supreme Court also favoured the use of the term “negotiating damages” as it considered the term Wrotham Park damages was a source of potential confusion as its meaning is obscure.

Lord Reed delivered a detailed judgment as to when negotiating damages would be available and considered general principles relating to user damages in tort, equity (Lord Cairns’ Act, now replaced by the Senior Court’s Act 1981) and common law damages in contract. He considered that negotiation damages in breach of contract claims could be awarded where there are certain circumstances in which the loss, for which compensation is due, is the economic value of the right that has been breached. This right is considered an asset. Such cases share an important characteristic. In those circumstances the claimant will have been deprived of a valuable asset, and its loss can be measured by determining the economic value of the asset in question. The defendant has taken something for nothing, for which the claimant was entitled to require payment. Lord Reed cited examples where the breach resulted in the loss of a valuable asset created or protected by the right which was infringed, such as in claims concerned with breach of restrictive covenants over land, intellectual property agreements or confidentiality agreements.

Lord Reed further stated that it might be argued that any contractual right can be described as an asset or indeed as property. However, he stated what is important in the present context is that the contractual right is of such a kind that its breach can result in an identifiable loss equivalent to the economic value of that right, considered as an asset, even in the absence of any pecuniary losses which are measured in the ordinary way. This is something that is true of some contractual rights – the right to control the use of land, intellectual property or confidential information. By contrast, a breach of a non-solicitation clause may cause the claimant to suffer pecuniary loss due to being exposed to additional competition, such as loss of profits and goodwill. This could be measured by conventional means. In the absence of pecuniary loss of this nature, Lord Reed did not consider how there could be any other type of loss that could require recompensing. Therefore, this remedy is not available for breach of non-compete and non-solicitation clauses.

Considering the present case, Lord Reed emphasised that negotiating damages are not discretionary and the primary approach to awarding damages should always be to consider the claimant’s actual loss. In this regard, it was held that the trial judge was wrong to consider that One Step had a right to elect how its damages should be assessed. The difficulty in calculating the loss should not mean that an attempt to calculate is not made. Lord Reed went on to explain that the Court of Appeal was mistaken in its approach of considering the deliberate nature of the breach, the difficulty in establishing the consequential financial loss or One Step’s interest in preventing Morris-Garner’s profit-making activities, as justifying the award of a monetary remedy which was not compensatory. Whilst the loss was difficult to quantify, this is a familiar type of loss for which damages are frequently awarded, so could be quantified in a conventional manner.

This is now the leading case on the assessment of negotiating damages. However, it does not provide all the answers when considering this remedy. Deciding whether a claim fulfils the test laid down by Lord Reed will not be straightforward. It also does not overrule previous cases where negotiating damages were awarded.

The Supreme Court judgment has narrowed the circumstances when negotiating damages will be awarded. Where the loss suffered by a claimant for breach of contract is appropriately measured by reference to the economic value of the right which has been breached, considered as an asset such as for breach of intellectual property rights claims, a hypothetical fee can be claimed. Take for an example, a defendant’s breach of an intellectual property agreement is potentially causing the claimant loss or damage to the intellectual property. The loss to the claimant of this right can be measured by determining the value of this right as an asset and therefore a hypothetical fee can be used to measure the loss. However, what is clear is that this remains a difficult area of law.

Finally, in this case the Supreme Court stated that the claimant’s loss is the cumulative result of breaches of a number of obligations which included breaches of the non-solicitation and non-compete covenants, which were treated as the most significant. Therefore, the loss should be measured by the financial loss the claimant sustained regardless of how difficult this is to prove. In these circumstances it will be important that a claimant obtains evidence as to its actual loss. 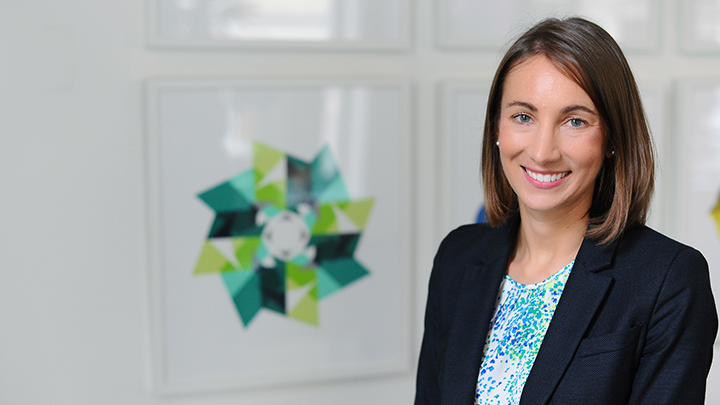