The war in Ukraine – employment issues

The shocking situation in Ukraine raises some potentially tricky issues about employees who are called up to active duty or wish to join the armed forces voluntarily, and about managing relationships within the workplace.

Around the world people are deeply shocked, saddened and concerned about the escalating war in Ukraine. Many employers in the UK are increasingly concerned about the wellbeing of their employees, particularly those from Ukraine or other Eastern European countries and the potential risk that those employees may be called back to their home country to fight. In this article we consider some of the legal and practical implications of the conflict for the employment relationship.

In the UK there are specific arrangements for individuals who are called up to UK reserved armed forces. These do not apply to nationals of other countries being called up for military service by their home country, but employers might want to follow a similar approach. MoD guidance says that employees should be treated as being on unpaid “special leave”. There is also a statutory mechanism that ensures reservists can return to their former or similar job for a minimum period of time, dependent on their length of service.

What happens to the employment relationship?

If an employee is called up by their home country and is under a legal obligation to join the armed forces, there is not much an employer can do to prevent them from doing so. Many employers will want to be supportive of their employees in such a situation.

There is no actual obligation on an employer under UK law to “release” employees in this scenario and keep their employment open. It is also very unlikely that any rules applying to overseas military and employment would be binding on a UK employer. Employers will therefore have to decide whether to treat non-UK nationals as far as possible as they would UK nationals in a similar situation.

Employers should check if they have a reservists policy – and whether it only reflects UK law for British military reservists, or whether it is phrased in a way that means it could also apply to citizens of other countries who might have different reservist call-up rules.

Employers might want to keep the employee’s job open anyway. This could be for employee relations and wider reputational reasons, or simply because the employee is a valuable asset who they would otherwise need to replace, essentially treating them as they would UK nationals being called up. Any such decision should be made in writing and a special framework and timeframe established. For example, an employer could decide to maintain the employment relationship and put the employee on unpaid “special leave” for an initial period of 3 months, after which point the situation would be reviewed on a rolling basis.

If the employer has a large enough workforce, the benefits of permitting unpaid special leave for reservists who are called up would probably outweigh the employee relations, PR and legal risks involved in dismissing those employees.

But what if an employee is called up and refuses to go? Under UK law, a reservist who fails to comply with a call-up notice is likely to be guilty of desertion or of being absent without leave. Overseas rules and the consequences of failure to comply will differ, but it is certainly possible that employees could be under a legal obligation to go. Employers could potentially say to employees that they are withholding permission for them to go if this is what the employee wants, but that is unlikely to have a legal status overseas.

The UK is not taking part in the conflict and UK nationals have been advised by the UK government not to travel to Ukraine. This advice was repeated by Downing Street on 1 March 2022 following comments made by Liz Truss that suggested she would support Britons going to Ukraine to fight.

Some employees from Ukraine, the UK or any other country may voluntarily decide to join the Ukrainian (or Polish) armed forces without a legal obligation to do so (i.e. non-reservists). In this situation, similar considerations as above would apply in relation to dismissal or frustration. If the employer refuses a request for time off and the employee leaves anyway, this may justify dismissal for misconduct. The employer would still need to follow a fair process to reduce the risk of unfair dismissal claims.

Alternatively, an employer might decide to support its employees’ choice to join the fight and maintain the employment relationship as discussed above.

In addition to advising people not to travel to Ukraine, the Foreign Office website suggests that untrained (non-reservists) individuals who volunteer to fight in eastern Ukraine might be considered as engaging in activities amounting to terrorism. Although it is unclear that an employer who agrees to its employees volunteering to fight would be considered to be supporting acts of terrorism, employers should nevertheless be careful about encouraging employees to fight when this goes against government advice.

The handling of employees who wish to volunteer to fight in Ukraine also raises some potential discrimination issues. Direct discrimination could arise if an employer treats its employees differently based on nationality. For example, if the employer would allow Ukrainians but not Polish employees to take unpaid leave. In order to avoid any risks of discrimination, employers should ensure they apply the same principles to all their employees no matter their race or nationality.

As mentioned above, employers who decide to agree to let their employees go to Ukraine but want to maintain the employment relationship and keep their job open should set out clear parameters in writing.

Employers should consider the following:

Supporting employees in the workplace

The situation in Ukraine is very distressing for many people, and it may also cause conflict in the workplace between those with different views. Employers should consider ways to support their Ukrainian or other Eastern European nationals, or indeed employees from any nationality who feel affected by the events. For example, by:

This article in People Management contains some more detailed practical guidance on how HR can help employees who are affected by the conflict. 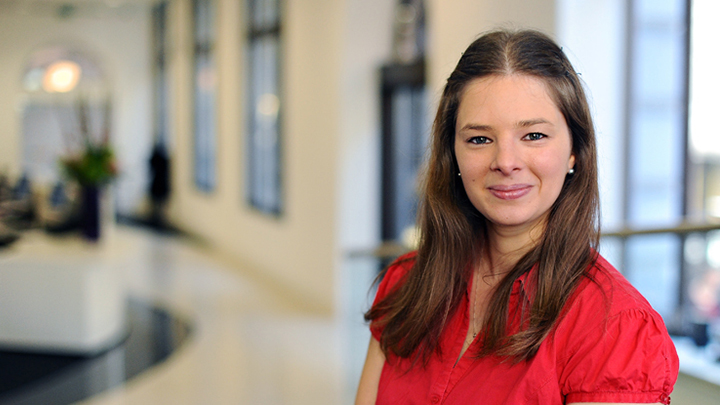 I head our rockhopper service and have been a member of the employment team at Lewis Silkin since qualifying as a solicitor in 2001 and ...