Today, 20 November, is Transgender Day of Remembrance - observed annually to honour the memory of those whose lives have been lost in acts of anti-transgender violence. It is part of Transgender Awareness Week, which aims to help raise the visibility of transgender people and address the issues trans people face.

The Equality Act 2010 (“EA”) includes gender reassignment as one of the protected characteristics on the grounds of which people are protected against unlawful discrimination, harassment and victimisation.

The Gender Recognition Act 2004 (“GRA”) governs how trans people have their identity legally documented, by means of a gender recognition certificate. While ground-breaking for its time, the legislation is arguably now outdated and in need of reform. Currently, trans people are required to undergo a long and costly process to “prove” their gender identity. This includes supplying evidence of a medical diagnosis of gender dysphoria, evidence of having lived their “acquired gender” for two years and spousal consent.

Section 7 of the EA does not require individuals to have lived in their acquired gender for any period of time, nor does it require an individual to have undergone medical treatment in order to have the protected characteristic of gender reassignment. The protections afforded by the EA are therefore broader than those provided by the GRA, and it is widely thought that the latter should be amended to reflect this.

The Government received tens of thousands of responses to its recent consultation on reforming the GRA. We expect to wait some months before seeing any changes that are proposed in the official response in due course.

A widespread view in the LGBT+ community and allies is that the GRA should allow for an affirmative model of self-identification. This would prevent legal gender recognition being contingent on psychiatric or other medical diagnosis, which enforces the misconception that being trans means being psychologically ill. The World Health Organisation has this year moved "gender incongruence" out of its chapter of mental disorders and into its sexual health chapter, reflecting a general move away from pathologising trans identities.

How can employers support trans staff?

Significant progress has been made supporting the “L” and “G” in LGBT+, but the “T” and the “B” (see our previous article) are often overlooked. Consistently research has shown that employees who have to hide who they are and do not feel supported or represented within their employer organisation, will be less happy, less productive and more likely to leave – with a resulting cost for employers.

According to Stonewall, over half of trans employees have been so afraid of discrimination at work they have hidden the fact that they are LGBT+, while one in eight have been physically attacked by colleagues or customers at work. Trans people reported a range of attitudes from their managers, including hostility and bullying that had led them to self-harm, having suicidal thoughts or quitting their jobs.

Clearly it is vital that businesses better understand and support trans people in order to foster a working environment in which they are safe and happy. We set out below some practical considerations that employers should take into account:

Notwithstanding this, a person’s gender status and transition history is confidential and should never be disclosed without their permission. Any personal data related to previous names or personal identifiers should be comprehensively updated, including any mentions on archived records to avoid accidental, non-consensual disclosure at a later date. Only a minimum number of key people should be able to access old records, and then only in specific circumstances.

A recent case illustrates the dangers of careless data management and the devastating impact this can have (De Souza v Primark). The claimant employee informed Primark that, while her birth name appeared on her passport and NI card, she would prefer to be called “Alexandra”. The company acknowledged this, but HR staff mistakenly changed her name on the IT system from Alexandra to her birth name, and her title from “Miss” to “Mr”. The situation then escalated – her badge was misspelt, her shift sheets were wrong and colleagues regularly and deliberately called her the wrong name. Staff also sprayed men’s perfume over her, made comments about her sexuality and called her “evil” and a “joke”.

The Employment Tribunal found that Primark failed to deal with the matter appropriately, which constituted direct gender reassignment discrimination and described it as “shocking” that Primark could not devise a way of keeping the claimant’s legal name off shift sheets and out of the knowledge of supervisors. At a very early stage, Primark was made aware of her status but took no steps to ensure a confidential system was put in place. The Tribunal said the injury to her feelings was “very severe indeed” and awarded her nearly £50,000.

Taking the ‘T’ of LGBT+ seriously

Employers might consider recognising Transgender Day of Remembrance as a way to acknowledge and support the transgender community and to use Transgender Awareness Week as an opportunity to address any shortcomings in their own workplace policies and processes.

I am the Chair of the Partnership and have been a corporate partner at Lewis Silkin since 2000. My main area of practice is advising ... 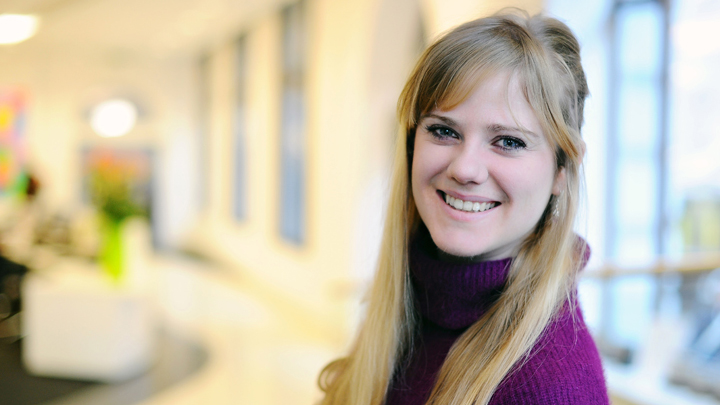 I joined Lewis Silkin as a Trainee in the Employment, Immigration and Reward division.