TUPE: Whose liability is it anyway?

A recent TUPE case has illustrated how both the transferor and transferee can be found liable for failure to inform or consult under TUPE.

Under the Transfer of Undertakings (Protection of Employment) Regulations 2006 (TUPE), the transferor, as the outgoing employer, must inform representatives of the affected employees about the transfer, and potentially also consult with them. The transferee, as the incoming employer, can be on the hook if it hinders this process by failing to provide adequate information about the measures it envisages taking in relation to transferring employees after the transfer.

Duty to inform/consult under TUPE

The dispute in this case

The claimant later resigned, citing a breakdown in relations and the fact that BDH Ltd intended to make changes to employees’ contracts. She brought a tribunal claim against Ms Middleton, seeking an award for failure to inform or consult, and against BDH Ltd for unpaid wages, holiday pay and unfair dismissal.

Following ACAS conciliation, the claimant settled her claims against BDH Ltd under a COT3 settlement agreement, but the claims against Ms Middleton proceeded to tribunal. At the hearing, Ms Middleton maintained that any failure to properly inform or consult the claimant had been caused by BDH Ltd not giving her the correct information about its proposed measures. Consequently, any liability for an award should fall to BDH Ltd. The tribunal agreed with this, but also found that the COT3 settlement agreement with BDH Ltd precluded any compensation being awarded against it. The tribunal was therefore left to consider only a “very technical breach” of TUPE, in that Ms Middleton hadn’t told the claimant that the new employer would be BDH Ltd, rather than the employee who set up BDH Ltd acting as a sole trader. On that basis the tribunal exercised its discretion and awarded no compensation.

The claimant appealed to the EAT. The EAT upheld the tribunal’s decision that the BDH Ltd was not liable but overturned the decision to make a zero award of compensation against Ms Middleton and sent the case back to a fresh tribunal for reconsideration.

Key points from the EAT’s decision

There are three main takeaways from this decision:

1. The outgoing employer must provide all the information required by TUPE

The EAT found that the tribunal had been wrong to make a zero award in respect of Ms Middleton’s failure to inform the claimant of the transferee’s name. The EAT considered that knowing precisely who one’s employer is, is of fundamental importance to any employee. It is part and parcel of the duty to tell employees that a transfer is to take place that the employees be informed of the identity of the transferee. It was not a “mere technicality” as the tribunal had said. In practice, the name of the transferee may not always be known at the outset, especially where some form of special purpose vehicle is involved to purchase a business, such as the new entity in this case. This ruling underlines the importance of ensuring that all the requisite information is provided, but employers should note that the information must be provided “long enough” before the relevant transfer to enable adequate consultation – meaning that information can technically be ‘drip fed’ as and when it arrives.

2. Confirmation of who should inform and consult

The tribunal had suggested that the claimant could have brought a claim directly against BDH Ltd for failure to inform or consult. The EAT made it clear that the tribunal had made a mistake here. In this case the obligation fell on Ms Middleton, not on BDH Ltd. There was no mechanism for the claimant to name BDH Ltd as a party to this portion of her claim. The only way to achieve this was by Ms Middleton citing BDH Ltd’s failure as her defence. This is a useful reminder that it is the duty of the affected employee’s employer to inform and consult under TUPE.

Claims for failure to inform or consult under TUPE can only be settled under a COT3 agreement reached via ACAS. The EAT found that the tribunal had been correct to find that the COT3 agreement reached between the claimant and BDH Ltd was wide enough to preclude any compensation being awarded against BDH Ltd, given the reference to “all claims” in the case being settled. The claimant was drawing a line under BDH Ltd’s entire involvement in the proceedings and was giving up her rights to a remedy against them. The ruling illustrates that a broadly drafted COT3 settlement can be relied upon to bar claims.

This is a technical decision reminding us who is responsible for what under TUPE and how to ensure liability is placed at the correct party’s feet. Outgoing employers should remember to provide TUPE information to the representatives of affected employees as and when they can, and incoming employers should beware the regime for imposing liability on them, if they fail to provide adequate information about the measures they are planning – a point which can be used to apply pressure to ensure their cooperation. 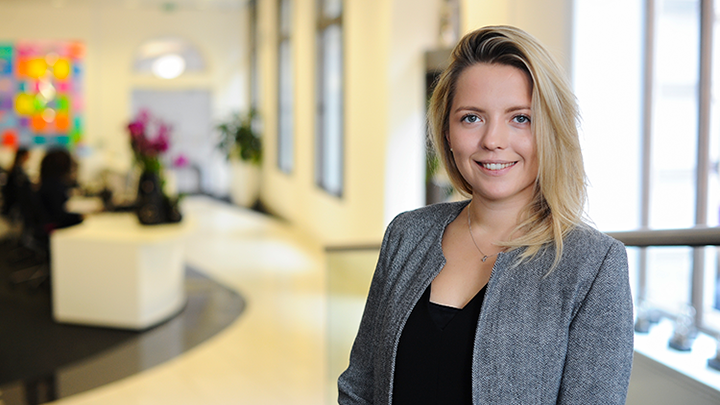 I am an Associate in the Employment, Immigration and Reward division at Lewis Silkin.