With the ongoing rapid spread of COVID-19, we’ve seen an ever-greater sense of urgency in the responses of governments from around the world.

Then, on 23 March (less than a week later), 27 million people tuned in to watch Johnson announce further measures to combat the spread of COVID-19. These included banning public gatherings of more than two people.

Rather than use the existing powers it has to deal with emergency situations under The Civil Contingencies Act 2004, the Government opted to issue new regulations, the Health Protection (Coronavirus, Restrictions) (England) Regulations 2020), under the Public Health (Control of Disease) Act 1984.

These Regulations came into force on 26 March 2020 and give the police the power to disperse gatherings or remove any person in the gathering to a place where they’re living. Anyone found to have contravened the Regulations can be subject to a fine (including companies and their directors, managers and secretaries).     The ban under the Regulations is currently in place until at least 16 April 2020, at which time measures will be reviewed.

The Government has also introduced the Coronavirus Act 2020, which received Royal Assent on 25 March.

The Government’s original guidance was vague and left organisers, sponsors, ticket agents, artists, clubs, athletes and consumers with questions about what happens and what they should do. The subsequent ban was therefore welcomed by many in the media and entertainment industries in these circumstances.

Following the Government’s latest advice, we try to answer some of the big questions on the minds of event organisers, clubs, partners, and suppliers. However, it’s important to recognise that the legal position on event cancellation is incredibly fact-specific, so we recommend seeking legal advice before taking any action. We’ve also set up a COVID-19 hub with lots of helpful information, advice and food for thought on a number of different issues from immigration, to advertising, to employment, which you can find here.

Do I need to cancel my event?

Given the Regulations, it’s safe to say that event organisers will need to cancel any events to avoid falling foul of the new ban (at least those between now and 16 April 2020). The introduction of further legislation in the form of the Coronavirus Act 2020 suggests these restrictions aren’t going away anytime soon, so events beyond 16 April are very likely to be affected too (see below).

However, until there is a ban in place which covers the date of your event there is no legal requirement for you to cancel it. In fact, we’d strongly advise that you don’t cancel your event (when you are not forced to do so) until you have worked through the consequences and agreed the position with your supplier, venue and artists.

We would advise organisations to keep a close eye on further announcements to help them make an informed decision about how to proceed. We’ll keep this piece updated the situation is clearer.

Do I need to refund tickets?

In most cases, where you cancel the event (as a result of a Government ban or otherwise), and the customer is a consumer (rather than business) then yes.

Whether customers are also entitled to other costs, such as hotels and accommodation, will depend on the T&Cs. Consumer law is unlikely to entitle customers to claim back these extra costs and most T&Cs expressly exclude indirect loss suffered by a customer. It’s important, therefore, to check the ticketing T&Cs carefully to see what is covered.

Consumer law does not generally allow consumers to cancel their tickets when the event is still on.

What about my contracts with business customers or suppliers?

Most agreements (but not all) have clauses relating to “force majeure”. These generally set out what happens when something prevents a party performing its obligations under the agreement. In our last update here, we talked about whether events in connection with COVID-19 can be covered by a force majeure clause (spoiler alert: it depends on the drafting).

The government’s latest measures raise further questions about whether a force majeure clause covers a situation where a party can’t perform an agreement because of a government order. You won’t be surprised to learn that this depends on how the clause has been drafted. Some clauses specifically refer to any law or any action taken by a government or public authority. This would likely cover a situation where parties can’t perform an agreement because the government has made it illegal to hold mass public gatherings, or has issued official advice warning against it, even if the force majeure clause doesn’t specifically refer to epidemic or pandemic. The measures announced this week are clearly beyond the control of the parties, and it’s difficult to think of reasonable steps that either could take to avoid them. A widely drafted force majeure clause, which simply referred to events beyond the reasonable control of the parties, could also potentially capture the current ban. However, again, this is a very fact-sensitive area so it’s important to check the contract carefully before taking any action.

Let’s take an example. The government announces that it will no longer provide emergency services support to events, but that organisers can continue to stage the events and simply engage private companies to carry out these services. This may not be a force majeure event, as the event can still go ahead – it’s just more expensive to do so.

Let’s contrast this with the current situation. If a 5,000 capacity festival was due to take place on 1 April, the current ban on gatherings of more than two people would likely be a force majeure event. To be clear, it isn’t COVID-19 itself that would be the force majeure event, rather the government restrictions on holding such events. Likewise, if you need the support of the emergency services to receive necessary licences or approvals (for example, from local SAGs), and this support is not forthcoming meaning no approval is granted, this could be force majeure.

A force majeure clause often doesn’t provide a solution for all problems if an event is cancelled or postponed. Relying on force majeure will often only address any liability flowing from the actual cancellation or postponement of the event. It will not resolve any issues that arose before this. For example, if an event organiser engages a company to construct the stage for an events, which is subsequently cancelled, the construction company should still be paid for the work undertaken up to the date of cancellation. The fact that a force majeure event occurs after the stage has been constructed would not exempt the organiser from having to pay for the work done.

It's always important to think about what other rights you might have under the contract. Is there a general right to cancel by giving a certain amount of notice? Do you have the ability to make changes to the agreement? These may provide an alternative way to resolve issues, rather than trying to rely on force majeure.

The measures announced by the government today make it increasingly likely that some may seek to argue that a contract has been “frustrated”. You can find our handy overview of the doctrine of frustration here, plus a very useful flowchart of force majeure and frustration here.

The government’s proposed ban on mass public gatherings could be a frustrating event. But not if the contract can be performed by some other route. If the sole purpose of entering into the contract was in relation to the cancelled event, then this could excuse performance. However, this is an area of law that isn’t often relied upon. It is also incredibly fact-specific, meaning each case will depend on its own facts. Parties should seek legal advice before attempting to rely on an argument of frustration, as the consequences of wrongly refusing to perform are significant.

Am I covered by my insurance?

This depends on the policy. The first action point is to check whether there is an insurance policy in place already. Some event organisers have rolling cover, which may include cover for communicable diseases. For those without existing insurance, it’s extremely unlikely that they will be able to secure such cover now as many are specifically excluding COVID-19. We understand that the exclusions currently being applied to policies are incredibly broad, covering anything arising even indirectly as a result of COVID-19.

Some policies will include cover for event cancellation resulting from a government order. In light of the recent government announcement, this could (in theory) offer a solution for businesses whose policies do not cover communicable diseases. However, insurers are taking the position that there would be no cover, as the underlying cause of any ban is COVID-19.

We would advise organisers to check any cover that is in place already and speak to their insurer.

In a nutshell, the Act enables the Secretary of State to prohibit or restrict specific events, or events of a specified description, if they declare that there is a serious and imminent threat to public health in England. The restrictions then remain in place until the Secretary of State decides to revoke this declaration. The Department for Health and Social Care published such a declaration on 10 February 2020 (under the Regulation 3 of the Regulations).

If a direction imposes restrictions on a specific person or company, the Secretary of State has to write to them to inform them. However, given the current approach, it’s more likely that these powers will be used to impose a blanket ban on gatherings of a specified description (e.g. more than two people).

The Act makes it an offence to fail to comply with any such prohibition or restriction issued. If you’re found guilty of an offence you could face a fine. If a director, manager or secretary of a company is found to have committed an offence, then the individual officer and the company can be prosecuted.

This is obviously a stressful time for those planning and hosting live events. We strongly recommend that all organisations follow official advice from the Government and from Public Health England when considering how to proceed. Many of the legal issues surrounding cancellation of events are complicated, and there isn’t a one-size-fits-all solution. As well as getting legal advice and following government guidance, it’s also important to enter into a dialogue with other parties as soon as possible to try to reach a solution that works for everyone involved.

I have been an IP/commercial lawyer for 25 years. My work covers traditional IP issues, from patent licensing, portfolio management through ... 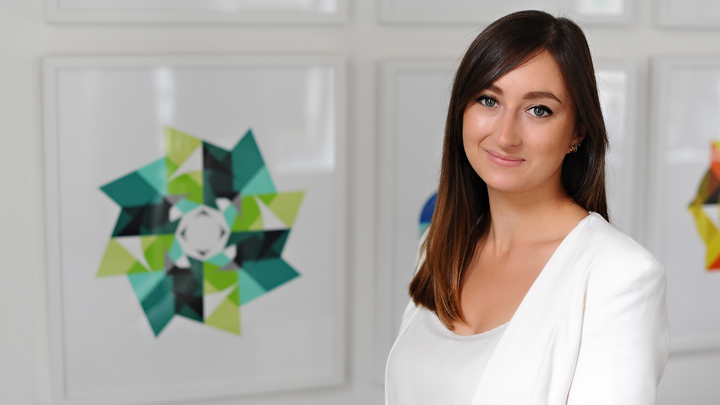 I am an Associate in Lewis Silkin’s Digital, Commerce & Creative and Brands & IP practice groups.