In unfair dismissal claims, whilst orders for re-employment are rare, they can be very lucrative for claimants. In particular those who are high earners stand to benefit considerably as the maximum compensatory award for unfair dismissal (currently £89,493) does not apply which can lead to very large pay-outs as in the case of Jones v JP Morgan Securities plc.

In this case a tribunal ordered that a trader who had been unfairly dismissed in the UK should be re-engaged in Hong Kong and awarded him a sum of over £1.5 million to compensate him for lost salary and benefits from the date of his dismissal to his re-engagement.

Mr Jones had been dismissed for gross misconduct relating to allegations of market abuse, but the tribunal found that the reason was untrue and his dismissal was unfair. Mr Jones requested that he be re-employed either by being reinstated into his previous role, or re-engaged in a suitable role he had found in Hong Kong. His employer made three arguments against this. Firstly, that Mr Jones did not genuinely want this, secondly that it could not reinstate him due to redundancies in his former team and thirdly that the Hong Kong role was different to his original role and therefore unsuitable.

The tribunal held that it would be impracticable to reinstate Mr Jones in the UK due to the “irrational views” of his managers who still believed he committed misconduct. Instead it ordered that he be re-engaged in Hong Kong in one of the employer’s associated companies as the job was suitable, his employer was large enough to make it work and it was the only way Mr Jones’ unfair dismissal could be “made right”.

This case shows how important it is for employers not to overlook the possibility of re-employment awards when making decisions to dismiss, particularly decisions which could result in successful unfair dismissal claims. Although orders are rare they can be very costly. In addition to awarding uncapped compensation for lost earnings, the tribunal can further award up to 52 weeks’ pay (subject to statutory limits) as punishment if an employer fails to comply with the order.

Until quite recently, a Tribunal in Hong Kong was not able to make an order for reinstatement or re-engagement without the need to secure the employer’s agreement. This changed after 19 October 2018. If an employee is found to have been unreasonably and unlawfully dismissed after this date, the Tribunal may make such an order without the employer’s consent. This doesn’t happen much in practice though because to establish this, the Tribunal must find that the employee is dismissed other than for a valid reason as specified under the law and the dismissal is in contravention of the law (e.g. during pregnancy and maternity leave, during paid sick leave). If the employer eventually does not re-engage the employee as required by the order, the employer is required to pay the employee a further sum amounting to three times the employee’s average monthly wages subject to a ceiling of HK$72,500 (GBP7,250 approx.) on top of the remedies payable to the employee as ordered by the Labour Tribunal.

This case is particularly interesting as the UK tribunal order attempts to bind a Hong Kong entity, showing the far reaching scope of some tribunal awards in the UK. 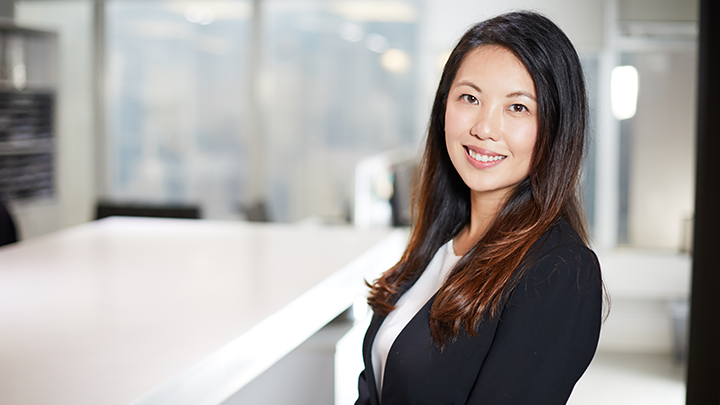 I am a Senior Associate in the Employment, Immigration and Reward division. I trained and started my career with a leading law firm. Before ...