What employers should know about the new Scale-up visa

The new Scale-up route launches on 22 August 2022. Unusual features of the route include that sponsorship is available only to hyper-growth businesses, and that after the first six months, Scale-up visas cease to be sponsored. The latter aspect means that employers of ‘unsponsored’ Scale-up visa holders will benefit from understanding the requirements for maintaining status under the route.

An overview of the Scale-up route is included in our earlier article.

Sponsorship under the Scale-up route

According to the ScaleUp Institute’s analysis of data compiled by the Office for National Statistics, in 2019 (the most recent year for which data is available), there were 33,445 scale-up businesses in the UK.

Although the current number of scale-up businesses may have dropped due to adverse trading conditions during the pandemic, there is a significant pool of eligible employers that may choose to become a Scale-up sponsor.

A sponsor licence under the Scale-up route is only available to scale-up businesses with an annualised turnover or staffing growth of at least 20 percent for the last three years before application. They also must have had at least ten employees at the start of the three-year period. Further details of the sponsorship process and criteria, including supporting documentation, will be made available at launch. Please contact us for advice if you would like an assessment of whether your business qualifies.

Advantages of the Scale-up route for sponsors

Some advantages of using the Scale-up route from the sponsor’s perspective include that there is:

Disadvantages of the Scale-up route for sponsors

Some potential disadvantages of the route include the following:

Rationale for the structuring of the Scale-up visa

The Scale-up route has been structured to aim to provide a cheaper, faster and less administratively burdensome option for scale-up businesses. It also aims to ameliorate three of the most serious historical issues that arose with previous schemes for highly skilled workers, such as the Highly Skilled Migrant Programme and Tier 1 General.

Firstly, unsponsored entry into the UK labour market comes with the risk that a migrant may encounter ‘unemployment scarring’ if they have a period of unemployment after arrival. If this happens, they may find it increasingly hard to find a job, or may only be able to secure a comparatively less well-paid job, rendering them ineligible to meet any earnings criteria for extension or settlement in their route. The Scale-up route requires a job offer for at least six months, which reduces the possibility of unemployment scarring.

Secondly, the salary requirement of £33,000 under the Scale-up visa route aims to minimise the risk that visa holders in this category will occupy lower-skilled positions in the labour market. It is possible that some workers could still end up working for lower-skilled and lower-paid jobs for multiple employers, and this is something the Home Office will be monitoring.

Thirdly, the previous schemes were subject to the risk of visa holders fraudulently reporting self-employed earnings in order to meet earnings criteria for extension and settlement. This is addressed under the Scale-up route through the requirement for qualifying earnings to be via PAYE only.

If this route proves to be successful, it may pave the way for more liberal sponsored to unsponsored schemes to emerge.

Once a Scale-up worker has been employed by their sponsor for at least six months, they may work for any employer in any occupation without the need for further sponsorship.

Employing a Scale-up visa holder may at first appear straightforward to non-sponsoring employers, however an extension or settlement application in this category may be refused if an individual’s PAYE earnings (from all sources of employment) are insufficient. This may include if their earnings are impacted by periods of unpaid absence for reasons other than statutory maternity, paternity, parental/shared parental or adoption leave, or sick leave.

Employers will therefore need to decide whether, and how closely, to advise and/or monitor their employees’ earnings and absences to ensure they will qualify for an extension and ILR. Although compliance will be a responsibility for the individual, the refusal of an extension or settlement application will have an impact on their ability to continue working for their employer. In this event, an employer may need to consider sponsoring the employee under an alternative route such as Skilled Worker, potentially at short notice. If sponsorship is not possible, the employment may need to end if the person cannot secure immigration permission in an appropriate route.

If you have any queries about the Scale-up route, please get in touch with a member of our Immigration Team. 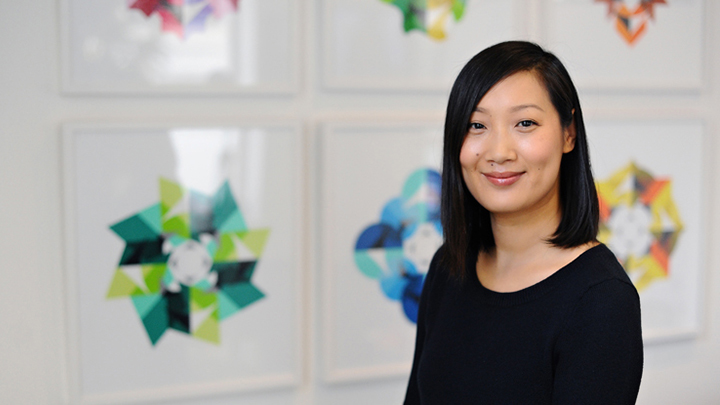