Welcome to the April 2019 issue of our monthly Ads & Brands Law Digest, which I hope will be of interest and use to you. We have selected the legal and regulatory developments from the month that we think are most likely to be of interest, with a very brief summary and then a link to the original and official source or full text of the item.

In a promised follow-up to its June 2018 action plan on Childhood Obesity, the Government has now published a consultation on whether to introduce further legal restrictions – in particular a 9pm watershed - in an attempt to reduce the exposure of children to ads for food and drinks high in fat, sugar and salt (HFSS). The proposals focus solely upon TV and online ads, those being the “main sources of children’s media consumption”, and aim to target “products of most concern to childhood obesity” while not dis-incentivising brand owners from promoting more healthy formulations of their existing products. Any new rules would be brought in for both TV and online ads simultaneously to avoid “displacement” from one type of media to another.

The consultation does not propose any changes to the existing advertising rules prohibiting ads for HFSS products/brands around TV programmes directed to or of particular appeal to children. Instead it canvases the possibility of a blanket ban on all advertising of HFSS products in the 5.30am to 9.00pm time period, with an exemption only for programmes with a demonstrably low child audience. A refined option would make adjustments to the applicability of the restrictions according to how high the advertised products score on the Nutrient Profiling Model system (i.e. how “high” in fat, sugar and salt they are considered to be).

The Government also proposes a similar clock-based watershed for online advertising, but admits it would be a “world first” and “may be difficult to apply to particular types of advertising [such as] viral marketing, some influencer marketing” and “claims on advertisers’ own websites and social media space.” Alternatively, the consultation suggests a tightening of existing CAP Code rules so that the HFSS prohibition applies to online audiences with 10% or more of children, rather than the existing 25% limit, perhaps in association with a watershed just applied to video-on-demand and VSPs such as YouTube, rather than all online ads.

Responses to the consultation must be submitted by 10th June 2019. - Read more here

As a follow-up to its revisions to section 10 of the CAP Code (Use of Data for Marketing) in light of the coming into force of the GDPR regime for data privacy, CAP has been consulting on two further particular Code requirements for which GDPR had implications. It has now confirmed that its proposed adjustments came into force on 14 March 2019 as follows: (a) rule 8.28.5 of the CAP Code regarding the naming of prize-winners is adjusted to require those running prize promotions to seek the consent of prize-winners to publish certain details (usually surname and county), but to reduce the information published if the prize-winner objects (but still providing the information to the ASA if requested); and (b) the requirements in CAP Code rule 10.15 to obtain the verifiable consent of a child’s parent or guardian now applies where the processing of the personal data of children under 13 is involved (the rule had previously applied to children under 12). - Read more here

Issued a week before the original “exit day” of 29th March 2019, this CAP News item emphasises that in the event of a “no deal Brexit” all CAP and BCAP Code rules would remain in full force unless and until a statement is issued otherwise. There are certain aspects of the CAP and BCAP Codes that have been drafted to be consistent with the UK’s obligation to implement EU legislation (e.g. the Consumer Protection from Unfair Trading Regulations) or to reflect directly applicable EU law (e.g. the Regulation on Nutrition and Health Claims made on Food), but the Government’s approach has been to maintain continuity for the forseeable future by preserving the former in UK law and converting the latter into similar UK rules. The CAP and BCAP Codes therefore remains unchanged, at least in the short to medium term. - Read more here

The Chancellor of the Exchequer announced in his Spring Statement that he would be asking the Competition and Markets Authority to consider launching a formal market study into the digital advertising industry. His request follows on from recommendations made by the Expert Panel on Competition in the Digital Economy led by Professor Jason Furman. Alongside the Information Commissioner’s Office’s increased focus upon the use of personal data in programmatic advertising, this is a further reflection of the increasing focus upon the industry by regulators. The CMA has not yet confirmed if, or when, such a Market Study would be launched, as it has concerns about having sufficient resources to do so if it were also to be faced in the short term with increased responsibilities after a no deal Brexit. - Read more here

In a ruling of January 2017, the ASA had previously held that the use of the strapline “Luck is No Coincidence” in the context of betting on the outcomes of sporting events was not misleading. The ASA accepted that “having relevant information about sporting events may help consumers make more well-informed choices about their bets, therefore potentially leading to more wins”, and on balance was satisfied that the ads in question “did not go so far as to imply that having such knowledge would guarantee wins.”

By contrast, in this more recent ruling regarding Sky Bet, the ASA felt the ad encouraged irresponsible gambling behaviour “by creating an unrealistic perception of the level of control consumers would have over betting success.” As with the 2017 ruling the ad referenced the role of sports knowledge in betting, using the phrases “spark your sports brain” and “how big is your sports noggin”, to encourage consumers to use the Sky Bet “Request a Bet” feature. It is not obvious what in particular led the ASA to rule against this ad but not the ad in 2017 however deciding factors may have been the use by Sky Bet of a well-known football presenter and on-screen graphics to reinforce the expertise message. - Read more here

IPO Guidance on trade marks in a no deal Brexit scenario

The IPO has in the past month added some extra detail to its published Guidance about how both trade marks and designs will be handled in the event of a no deal Brexit. For example the numbering system has been announced for the “comparable UK marks” that will replace EU trade marks on exit day, and notes added warning that post-Brexit UK registrants should beware EU TM applications pending on exit day will take priority for a comparable UK mark for 9 months after exit day. - Read more here and here

The defendant had registered itself with the company name “BMW Telecommunications Ltd”, and was unsurprisingly challenged by car manufacturer BMW in court. The judge granted summary judgment and an injunction in favour of the latter on the basis of both trade mark infringement and passing off, notwithstanding that “BMW” were also the initials of Mr Benjamin Michael Whitehouse who was behind the company registration. The registration was likely to lead to confusion, and was effectively a false claim to a connection between his company and BMW. [2019] EWHC 411 (IPEC).

One might be tempted to assume that the global fame of Home Box Office’s TV series “Game of Thrones” might render its related EU trade marks (both word marks and figurative marks for the series title) similarly powerful. But in recent opposition hearings at the UKIPO two figurative marks, one for “Game of Vapes” and one for “Game of Stones”, have both survived challenges from Home Box Office based upon its “Game of Thrones” marks. The UKIPO acknowledged that the two applicants were no doubt making comedic or parody references to the TV show in their marks, but nevertheless the similarity was only moderate to low and consumers were unlikely to be confused, while there was no deliberate intent to damage HBO’s mark. - Read more here

This new Regulation has been passed by the European Parliament is expected to be adopted shortly by the EU Council without further amendment. It introduces more detailed rules related to the definition, description, presentation and labelling of spirit drinks, as well as the protection of related geographical indications, rules on the type of alcohol to be used in such drinks, and the use of the names of spirit drinks in the labelling of other types of food or drink. It will apply to all such products put on the market in the EU and also those produced in the EU for export. It will replace the existing Regulations on the subject. There is expected to be a two year period before its provisions become enforceable to allow producers to make any necessary adaptation. - Read more here

I am a specialist in advertising and marketing law and regulation, representing both brand owners and marketing services agencies across a ... 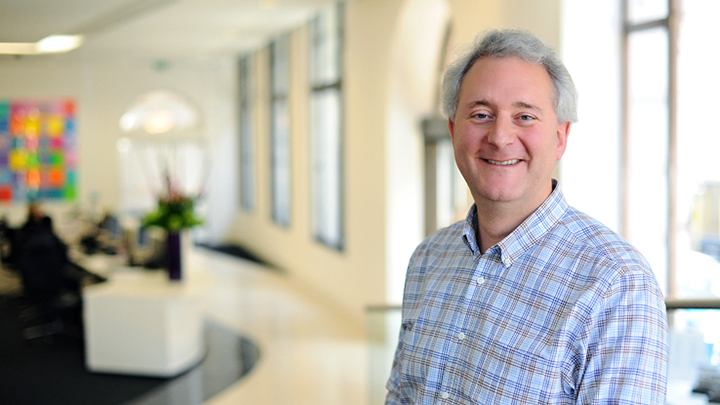 I work as a Managing Practice Development Lawyer, helping to ensure that the lawyers keep right up to date with the latest legal and ...