The first half of 2020 has seen several employment law-related changes in Hong Kong, despite the city being hit by three waves of Covid-19 infections and working life changing as we know it.

The ESS provides government subsidies to employers to help pay for wages and reduce redundancies during the Covid-19 pandemic. Applications for the first tranche closed on 14 June 2020, with almost 430,000 applications being received. As at 11 August 2020, the ESS Secretariat had completed processing around 97% of the applications received from eligible employers (18,000 applications were ineligible) and paid out approximately HK$43.2 billion (equivalent to approximately US$5.5 billion) in wage subsidies to be used for the period 1 June to 31 August 2020, covering nearly 150,000 employers.

The ESS Processing Agent has been monitoring whether employers who applied for the subsidy have adhered to their undertakings (1) not to implement redundancies during the subsidy period and (2) to spend all the subsidy on paying wages to their employees, by requiring Mandatory Provident Fund (“MPF”) records from MPF trustees and conducting on-site checks.

Applications for the second tranche of wage subsidies (to be used for the period 1 September to 30 November 2020) open on 31 August and close on 13 September 2020. Employers need not have applied and been successful for the first tranche in order to apply for the second. If an employer who received the wage subsidy under the first tranche has breached its undertakings (e.g. by making redundancies), the government will claw back the unspent balance of the subsidy and/or require the employer to pay a penalty, but will not necessarily reject the employer’s application for the second tranche, unless it considers that the redundancies made were substantial and the employer cannot reasonably explain why and/or cannot show it intends to re-employ or hire new people.

On 19 June 2020, the Discrimination Legislation (Miscellaneous Amendments) Ordinance 2020 (“Ordinance”) was gazetted. This Ordinance brings forward the recommendations from the Equal Opportunities Commission’s Discrimination Law Review made some 4 years ago and amends Hong Kong’s existing anti-discrimination legislation with immediate effect.

Some of the key employment-related amendments are as follows:

a. The Sex Discrimination Ordinance will be amended such that direct and indirect discrimination, as well as victimisation, on the ground of “breastfeeding” will be unlawful. Unlike the other amendments mentioned below, these provisions on breastfeeding discrimination will come into effect on 19 June 2021.

b. The Race Discrimination Ordinance (“RDO”) is amended such that discrimination of an employee based on the race of his/her “associate” will be prohibited. The use of the term “associate” replaces the previous term “near relative” and widens the scope of protection to include discrimination of an employee by association with his/her spouse, domestic partner, relative, carer and/or persons with whom he/she is in a business, sporting or recreational relationship.

c. The scope of protection from sexual, racial and disability harassment is expanded to include situations where there is no employment relationship with the employer but the perpetrator and victim are “workplace participants” working in a common workplace. “Workplace participant” includes interns and volunteers. Employers may now be vicariously liable for any unlawful acts of harassment committed by any workplace participant they engage, unless they establish that they took reasonably practicable steps to prevent the perpetrator from committing the unlawful act.

Companies should ensure that appropriate amendments to their anti-discrimination policies are implemented and that adequate training is provided to all staff to update them on the changes.

The Legislative Council passed the Employment (Amendment) Bill 2019 (“Bill”) on 9 July 2020. Some key changes, which will be brought in under this Bill to enhance maternity leave benefits, are as follows:

a. Statutory maternity leave entitlement for female employees employed under a continuous employment contract for no less than 40 weeks and who satisfy the requisite notification requirements, will increase from the existing 10 weeks to 14 weeks. The basis of the calculation of statutory maternity leave pay will remain unchanged at the rate of four-fifths of the female employee’s average daily wages earned in the 12-month period preceding the first day of leave, but (1) a cap of HK$80,000 per employee will be imposed for the additional 4 weeks’ leave and (2) employers may seek reimbursement from the government for these additional 4 weeks. Details of the reimbursement scheme are yet to be announced.

c. A certificate of attendance at a pregnancy-related medical examination will be acceptable proof regarding an employee’s entitlement to a day’s sickness allowance. The certificate of attendance must be issued by a recognised professional such as a registered medical practitioner, Chinese medical practitioner, nurse or midwife.

It is anticipated that these changes will be effective by the end of 2020. Companies should be aware of these proposed changes and be ready to update their internal policies once the changes come into effect. 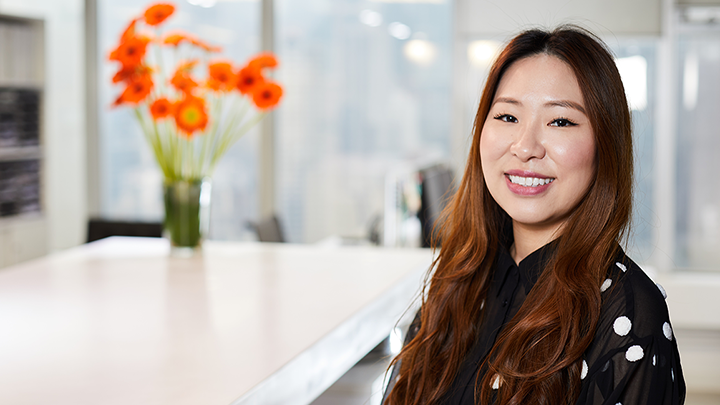 I am a Scottish-qualified Registered Foreign Lawyer in our Hong Kong office advising on all aspects of employment and immigration law.