In the case of a TUPE transfer when a service is outsourced or re-tendered, the Employment Appeal Tribunal has ruled that an employee’s contract can be split so they go from working full time for one employer to working part time for two or more.

This ruling follows last year’s judgment by the European Court of Justice (ECJ) in ISS Facility Services v Govaerts, a case concerning a business transfer which involved a number of transferees. The ECJ ruled that under the EU Acquired Rights Directive (ARD), the rights and obligations arising from a contract of employment will be transferred to each of the transferees in proportion to the tasks performed by the worker.

The Employment Appeal Tribunal (EAT), sitting in Scotland, has now decided that the same approach will also apply in the context of a service provision change (SPC) under TUPE.

Amey’s view was that TUPE would apply to transfer employees’ contracts to either McTear or Mitie.  Its HR team produced a spreadsheet identifying which workers would transfer to each of the companies based on the amount of time they had spent in each of the two geographical locations. Several employees brought Employment Tribunal (ET) claims against Amey, McTear and Mitie.

The ET found that there had been two SPCs, one between Amey and Mitie and the other between Amey and McTear, and that the employees transferred to each of them respectively in accordance with Amey’s spreadsheet. McTear and Mitie both appealed to the EAT against this decision. One of the grounds of appeal was based on the judgment in Govaerts, which the ECJ had given shortly before the appeal hearing.

The EAT said that, while there was no requirement to apply Govaerts to the UK provisions in TUPE relating to SPCs, it would be undesirable for there to be a difference in approach. It concluded that, in either a business transfer or SPC scenario, there is no reason in principle why an employee may not work for two different employers so long as the work is clearly separate and identifiable. The EAT sent the case back to the same ET to decide in light of the Govaerts decision.

TUPE, like other EU-derived employment legislation, has been retained after Brexitso ETs and the EAT should continue to interpret it in accordance with relevant ECJ decisions on the ARD. (This is unlike the Court of Appeal and Supreme Court, which are free to depart from such judgments if they consider it right to do so.)

Despite this, the EAT was correct in observing that it was not obliged to apply Govaerts in this case, because the TUPE provisions governing SPCs derive solely from domestic law rather than the ARD. It nonetheless decided it was appropriate do so. Note that the EAT’s judgment is binding on ETs in England and Wales as well as Scotland, because it is a single appellate court regardless of where its decisions are made.

This gives rise to various practical issues for both transferor and transferee employers, such as:

The EAT gave no guidance on these matters, so we will have to wait for further case law to see how ETs are likely to approach these types of cases. It is hard to see many SPC scenarios where it would be practically workable for workers to be employed by more than one transferee at a time. The situation may often have involved the re-tendering of a contract, with two or more competing businesses being the successful transferees. Those businesses may not want to employ someone who is also working for a competitor.

It seems inevitable that an employee will undergo substantial contractual changes where their contract is split between two or more employers. This could give rise to a claim under TUPE unless the relevant employer could show that there was an economic, technical or organisational reason for the change(s).

One commercial solution for employers who find themselves in this scenario might be to try to reach agreement with the transferor and other potential transferees about which employees they will each take on. This could result in a scenario where none of the workers suffers any loss and so reduce the likelihood of claims.

The prospects of all parties agreeing to such a deal are, however, probably slim. If there is no viable job for an employee post-transfer, they will most likely suffer loss - how should the liability for that be apportioned? Or if the transferees cannot agree on the arrangements for sharing employees post-transfer, and they are only offered employment for a percentage of their pre-transfer hours, how would liability be apportioned? When the case reported above returns to the ET, it will have to decide who is liable for what and the transferor may also face some liability.

In addition, even if the employees agree to an alternative arrangement proposed - such as working 100% of their time with one transferee despite the fact that by operation of TUPE they would transfer to three different transferees - there is a risk that the companies could be regarded as trying to contract out of TUPE.

How should employers respond?

We will have to wait and see how these unresolved questions will play out. In the meantime, we would advise employers to consider carefully potential transfers where there is going to be a degree of fragmentation. Whereas fragmentation has previously been used as a strategy by employers seeking to avoid a TUPE transfer, the EAT’s decision means it might be less likely to operate to “defeat” TUPE.

Employers involved in such transactions should consider the following:

If employers fail to prepare in advance in this way, the current state of the law may leave them with complicated, unworkable arrangements and potential liability for other parties’ actions and mistakes. 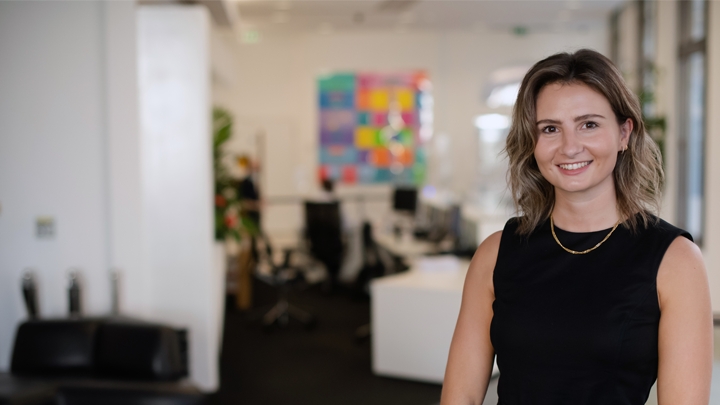 I am an Associate in the Employment, Immigration and Reward division at Lewis Silkin. I advise both employers and employees on a range of ...