Employment contract of transferring worker can be split between transferees

In a transfer of an undertaking involving multiple transferees, the European Court of Justice (ECJ) has ruled that under the EU Acquired Rights Directive (ARD), the employment contract of a transferring worker can be split between each of the transferees.

The ECJ said that the contract should be split in proportion to the tasks performed by the worker, except where where the proportionate division of work is not possible and/or the division would adversely affect the workers’ rights and working conditions.

ISS Facility Services NV (ISS) was a company responsible for the cleaning and maintenance of various buildings in the city of Ghent in Belgium. The various buildings for which ISS was responsible were divided into three “lots”. Ms Govaerts, a Belgian national, was employed as a project manager and her work was spread across the three lots.

Ms Govaerts brought a claim against ISS and Atalian for payment in lieu of notice, holiday pay and bonus pay. Initially the Belgian courts found that ISS was liable for the payments but, following a successful appeal, ISS obtained a ruling that there had been a transfer of the Ms Govaerts’ employment under the ARD. Ultimately the Higher Labour Court referred the case to the ECJ for a ruling on the issue of whether her employment could be split between the two transferee contractors.

The ECJ confirmed that a relevant transfer had taken place but observed that the ARD had not envisaged this type of situation where there are multiple simultaneous transferees. In interpreting the ARD in this context, its purpose to safeguard employees and provide continuity of employment should be considered.

The Higher Labour Court’s reference to the ECJ had proposed three possible outcomes: (1) Ms Govaerts’ employment could be split between the transferees depending on the time spent working for each assignment; (2) the employment would transfer only to the transferee to whom she worked the most of her time; or (3) she would not transfer at all.

The ECJ considered each of these possibilities. Option 2, which was the position originally taken by ISS, was rejected as Ms Govaerts’ would lose her rights and the transferee would inherit a full-time employee but only part of her work. The ECJ also rejected option 3 as she would lose her job altogether, rendering the ARD’s purpose ineffective.

The ECJ concluded that option 1 was the only one that would ensure a fair balance between protecting workers and transferees. Ms Govaerts’ employment rights would be safeguarded, and each new employer would inherit the responsibilities proportionate to the amount of her work that they had inherited.

The decision on how practically to divide the employment contracts was left for the Belgian national court to decide, although the ECJ made a non-binding suggestion based on the economic value or time dedicated to each part of the contract. This raises further difficult questions – for instance, over what period would this be assessed if the economic value or time commitment had varied in the period leading up to the transfer?

Neither the ARD nor TUPE directly address what should happen to an employment contract in a transfer to several transferees. The leading UK case is currently Kimberley Group Housing Ltd v Hambley and others EAT/0488/07, in which the Employment Appeal Tribunal (EAT) ruled that an employee’s contract should transfer to the transferee which takes over the greater part of the activities that were carried out before the transfer. This is in line with option 2 that was proposed to the ECJ, which it rejected.

Another EAT judgment suggests that TUPE will not apply if the activities previously carried out by the original contractor are so fragmented after the re-assignment of the service, so it is not possible to determine to which new contractor an employee transferred (Clearsprings Management Ltd v Ankers and others [2009] EAT/0054/08). The ECJ’s analysis in Ms Govaerts case seems to be inconsistent with both this and the Kimberley Group Housing case, which could result in a change of approach in future cases towards dividing employment contracts between one or more different transferees. It also appears to sit uneasily with the long-established EU law test for when an employee is “assigned” to an organised grouping of resources that is subject to a transfer (Botzen and others v Rotterdamsche Droogdok Maatschappij BV [1985] ECR 519).

Transferees are likely to find the practicalities of following the ECJ’s approach challenging. It may lead to a full-time employee becoming, post-transfer, a part-time employee with several different employers. How in practice will an employee split their time? How should issues such as annual leave entitlement be dealt with? In some situations, a transferee could potentially find that it inherits a very small amount of an employee’s work – perhaps only a couple of hours a week.

In many cases, it is likely to be considered detrimental to an employee’s working conditions to split their contract between numerous employers, which may allow a route for a transferee to treat the employee’s employment as terminated. Such a termination would, however, be automatically unfair under TUPE - for employees with at least two years’ service - unless the transferee could show an economic, technical or organisational reason for it that entails changes to the workforce (ETO reason). Even where an ETO reason exists, effecting a fair dismissal in these circumstances would be far from straightforward. 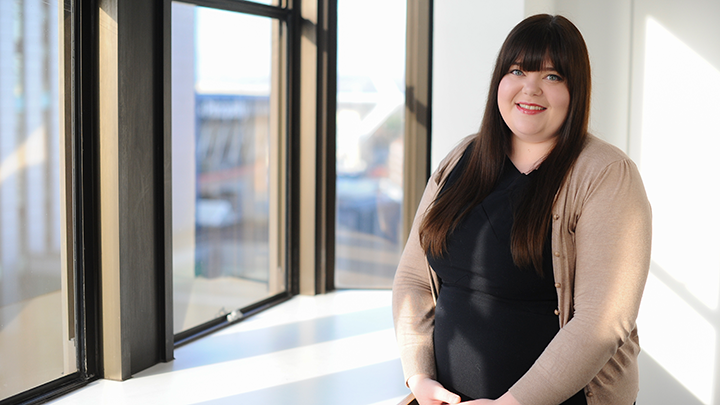