On 1 July 2020 the UK government announced its commitment to establish a new visa scheme for all British National (Overseas) persons and their dependants. This will provide a readily available opportunity for millions of residents of Hong Kong to move the UK far more easily than those routes currently open to them.

It is currently only for British Nationals (Overseas) (“BNOs”), as well as their dependants. BNOs are those persons who were British Overseas Territories Citizens from Hong Kong and registered to become BNO by 30 June 1997. It is no longer possible to become a BNO if you are not already. There are currently estimated to be about 2.9 million BNOs in Hong Kong.

Eligibility for the main applicant under the new visa category will be based primarily on simply being a BNO without any prohibited criminal history or character-related concerns. The government announcement states that dependants will need to be usually resident in Hong Kong to qualify. Further requirements may be introduced as the scheme comes to fruition, but we would expect these to be relatively easy to meet otherwise the purpose of the scheme would be defeated. The visa will be granted for a five-year period and allow the holder to work or study in the UK. They can then apply for indefinite leave to remain (“ILR”) after five years continuous residence in the UK on the BNO visa.

Registration as a British citizen will be available for BNOs after a further one year holding ILR and meeting certain requirements regarding absences and good character. It is not yet clear whether citizenship for dependants will be by registration or naturalisation. If dependants aged 18 or over are required to naturalise, then they would additionally need to meet a Life in the UK and English language test assessment. For child dependants aged under 18, the existing laws for registration will likely be applied.

The five-year visa has been described as “special and bespoke”, honouring the UK’s historic commitment to Hong Kong and in light of the recently introduced security laws being passed by China which have deeply troubled the UK.

The implementation of the new visa route is likely to be streamlined and efficient, utilising the technology and experience of the Home Office’s settled status team. This team has already completed approximately 3.6 million applications for EEA nationals and their family members who needed to be brought under UK law as a result of Brexit. That project will soon be reaching its end as EEA nationals only have until June next year to apply and will likely wish to have their status before 1 January 2021 when EEA Free Movement ends.

The details of the BNO visa are yet to be determined, however a press release issued by the government confirms this will be “in the coming months”. In the meantime, individuals who wish to be able to enter the UK for an initial period of six months under a BNO passport and to avail themselves of British consular assistance when they are outside of the UK, China, Hong Kong, and the Macau Special Administrative Region may need to apply for this. Her Majesty’s Passport Office is already seeing a significant increase in applicants for BNO passports and it is important to get the application correct to avoid unnecessary delays. It is not yet clear whether a BNO passport will need to have already been issued to a main applicant under the BNO visa route, or if alternative evidence of BNO citizenship will suffice.

If you are not a BNO citizen or eligible dependant, there are other visa options that could be of assistance.

What if I am not eligible for the BNO scheme?

The most common routes to the UK for Hong Kong residents are Tier 2 sponsored work visas and Tier 4 student visas. There are other routes such as those linked to familial connections such as an EEA or British spouse, investment routes such as the Tier 1 Investor requiring £2 million to invest in the UK or the Representative of the Overseas Business visa for those who wish to set up a new outpost in the UK of an overseas business.

Tier 2 is the most common work-based visa and around 27,000 are issued each year. It requires a job offer from an employer willing to sponsor the individual. The job must meet a minimum skill and salary level amongst other requirements. But the downside for individuals is that they can only work in the job their visa has been issued for which can be somewhat restrictive. For individuals who are truly exceptional in their field, the Global Talent visa provides freedom to work for yourself or for any employer within your field though it is a much more difficult visa to obtain with around 1,200 approvals in the last 12 months.

From Hong Kong in particular, there are a large number of applicants for Tier 4, the UK’s student visa. This requires sponsorship from the relevant educational provider. It also requires significant funds to be held to prove course fees and personal maintenance can be met. Unfortunately, it is very much a temporary visa and does not lead to a permanent status in the UK unless you are able to live in the UK legally and continuously for at least ten years with absences less than 540 days over the entire period, and no single absence of more than six months.

Given the complex and bureaucratic nature of the UK immigration system, there are many pitfalls that are easy to fall into. When under pressure and looking to obtain a visa in order to provide options in uncertain times, using authorised experts from the UK may take away some of the anxiety around applying. If you have any queries or need help with making an application, please contact Kathryn Weaver or Naomi Hanrahan-Soar. 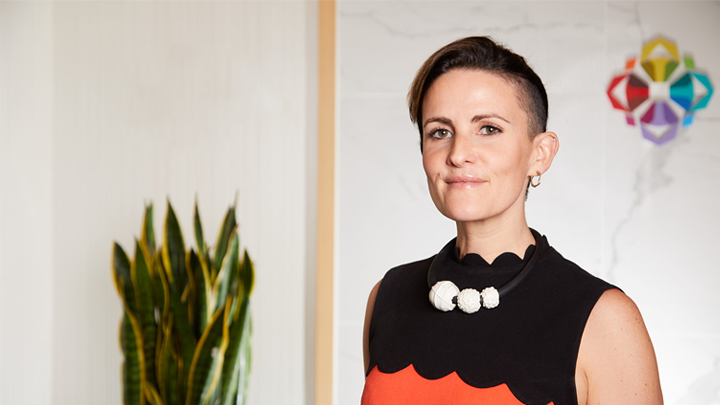