Following on from our 2017 Tech Predictions (link below), here are our top ten favourite tech predictions for 2018. It’s set to be another exciting year as the use of technology becomes ever more pervading, influential and business critical.

The pace of technological change can seem a little daunting at times, but technology (when deployed correctly of course) plays an extremely valuable, if not vital, part of everyday business and home life. Machine learning comprises a key component of AI whose use is set to grow. Many businesses, especially consumer-facing businesses that analyse data (think Google Translate), will start to deploy the incremental use of machine learning, with high end smartphones being a good example of where we can expect to see increased use of machine-learning chips. Machine learning is, on the whole, likely to make data analysis easier and improve technology, thus empowering, rather than replacing, humans, at least for the time being.

Businesses will deliver a step-change in cyber security capability (not least because of GDPR and the importance of reputation). Savvy businesses are alive to the fact that one can’t scrimp on security. By way of example, we anticipate the demise of passwordonly authentication and the rise of multi-factor and risk based authentication. According to Statistics MRC, the identity and access management market is projected to grow by 15% in 2018. Businesses have been reluctant to offer enhanced security partly because they don’t want to degrade the user experience. That worry should be eased by risk-based authentication tools (which work in the background to assess behaviour and other data to determine authenticity) that are becoming more widely available.

3. Hybrid cloud is all the rage

Although the public cloud often grabs headlines, the private and hybrid cloud markets have been growing and they are set to gain importance in 2018. Hybrid cloud is all the buzz. The ability for businesses to have applications run in different infrastructures (public and private clouds and on-premises with common orchestration and management tools) is attractive. One trend that is driving the cloud market is giving app developers the ability to innovate quickly which often means not committing to one particular infrastructure platform but using private and public clouds. So we anticipate that multicloud use will become a common modus operandi in 2018 (think Azure Stack from Microsoft, and also note the new partnerships between VMware Cloud and AWS and between Google Cloud and Cisco).

We’ve heard much about the development of connected and autonomous vehicles (see The Driverless Revolution) and we’re convinced that this revolution (or rapid evolution for the more skeptical among you) will continue. Meanwhile, watch out for real growth in electric bikes, especially for commuters. There are already 200 million electric bicycles worldwide (mainly in China) and The Electric Bike Worldwide Report predicts that the electric bike industry is poised to grow to 2 billion by 2050. It’s also interesting to note that Google has approached Electron, which sells powered front wheels for bicycles, as a potential partner for Google Assistant. Integration of this technology will enable users to voice-activate their electric bicycle wheels through a microphone, allowing them to keep their eyes on the road rather than fiddling with an app.

5. Internet of (even more) things

IoT will grow (think Amazon Alexa, Google Home and Apple HomePod). Almost 70% of 800 leaders surveyed at the World Economic Forum expect that by 2025, over 50% of internet traffic to homes will go to appliances and devices, but cybersecurity is the main concern (see above). Monetising this data will become harder, especially in Europe, due to the introduction of the GDPR and the fact that personal data is never quite as anonymous as some data controllers (and processors) like to think.

Drones will be used for increasingly diverse applications and more regulation looks certain. In July, the UK Government issued its response to its consultation on the safe use of drones which covers innovation, safety and regulation (including traffic management). Being keen to ensure that the UK is seen as a leader in this field, the Government plans to accelerate the investment and use of ‘geo-fencing’ to provide a protection shield around certain areas and buildings with the use of GPS co-ordinates (with HM Prisons no doubt now being a priority). Drones are already being used by some local councils to check on planning applications.

Marketing strategies may need to adapt in light of new ad blocking measures – in what is seen as a pre-emptive move by Google to prevent consumers from using blanket ad-blockers, Google has announced that its Google Chrome ad blocker will go live on 15 February 2018. Its ad blocker is intended only to block flashy full page ads or ads that can be intrusive or that automatically start playing sound (see the Initial Better Ads Standards). Google intends to notify offending website owners and give them a grace period of 30 days to remedy them, failing which their ads may be blocked by Google.

Augmented reality will slowly become more prevalent, with smartphone users increasingly creating AR content (think Pokemon Go which brought AR to the forefront of brands’ minds.) AR is often still rather cartoon-like but the visuals will no doubt become more life-like. We can expect to see more high street brands engaging with AR in ad campaigns, providing consumers with access to platforms to interact with AR as part of the continued trend towards user-focused, content-rich campaigns.

9. The big three will continue to dominate

Amazon is rapidly transforming itself from a simple digital department store into a commerce mega giant with plans to expand into pharmaceuticals, digital advertising and shipping, while also increasing its presence in physical stores. Meanwhile, Google and Facebook are, between them, set to attract 84% of global spending on digital advertising (excluding China) according to a forecast from GroupM (with that market being worth $100bn in China). Achieving success in this space won’t be easy and the most likely competitor in 2018 seems to be Amazon...

2018 will see continued interest in cryptocurrencies and perhaps more state-sponsored cryptocurrencies (think Dubai’s state-sponsored ‘emCash’ and Russia’s green light for a regulated ‘CryptoRuble’). Yet the question remains one of utility and the ability of cryptocurrencies to fulfil the basic role of currency as an easy-to-use and stable medium of exchange. It seems more likely that in 2018 cryptocurrencies will continue (primarily) to be used as a speculative asset rather than as a common payment alternative. Outside of finance, we may see some increased use of blockchain. For example, in HR, blockchain CVs have been developed which can streamline the selection process by verifying candidates’ qualifications and relevant experience. Blockchain has also attracted the attention of HM Land Registry which plans to test a ‘Digital Street’ enabling instantaneous property transactions, which might eventually replace property deeds in maintaining a register of property transactions.

James Gill writes for City A.M.: Tech predictions for 2018: Drones, crypto, and the rise of the robots

In an article for City A.M., James Gill discusses the future of technology in 2018.

Tech continues to be the single most influential factor in how we live our lives, both at work and at home and usually (but clearly not always) helps to enhance the quality of life. 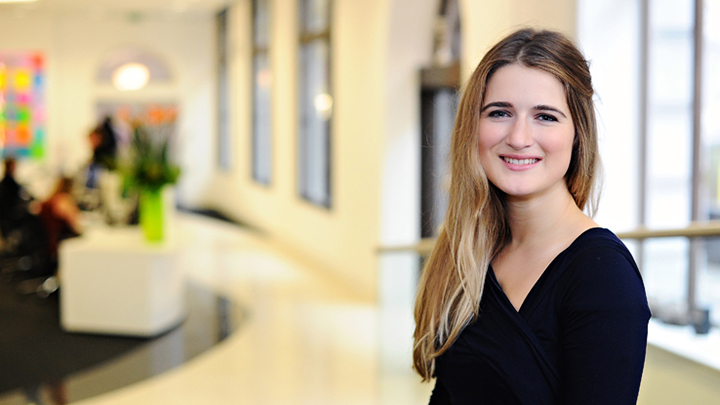 I am a Senior Associate in Lewis Silkin’s Commercial and Brands & IP practice groups, advising clients on commercial contracts, data ...