A recent French law has banned discrimination against someone because of their regional accent. This article examines the UK legal position in relation to accent discrimination and goes on to consider the related issue of “codeswitching” and its potential negative impacts.

The new French law adds glottophobie (the French word for accent discrimination) to the list of causes of actionable discrimination, alongside racism, sexism, disability and so on. The maximum penalty for breach of this law is three years' imprisonment and a fine of €45,000.

The relevant legislation was hotly debated in the Assemblée Nationale before being approved by 98 votes to three. Those who spoke in favour included Patricia Miralles, the daughter of North Africans, who spoke of the "mockery" she encountered because of her Algerian accent, and Maina Sage, deputy for French Polynesia, who recounted the difficulties of having an accent from outside of mainland France. Justice Minister Éric Dupond-Moretti commented that he was “super-convinced” of the necessity of the law.

What’s the position on accent discrimination in the UK?

The Equality Act 2010 does contain some protection in this area. Race is a protected characteristic which expressly includes nationality and ethnic or national origins, so it may be unlawful to discriminate against a person on grounds of their foreign accent - for example, a heavy French or Australian accent. This protection would extend to those with accents from the constituent parts of the UK, so it is unlawful to discriminate against someone because of their Welsh, Scottish or Northern Irish accent.

But does the law extend any further than this? Could, for example, a Liverpudlian claim discrimination if they missed out on a job because of their scouse accent? The answer is probably not, because no issue of nationality or national origins arises. A scouse accent is an English accent and, provided that the employer doesn’t discriminate against all English accents, any claim of direct discrimination would surely fail. It might be possible to make a strained argument that a “no-scousers” policy indirectly discriminates against English people, but that would likely be distorting the law to an extent that Employment Tribunals would unwilling to accept.

To what extent is accent discrimination an issue in the UK?

There has been relatively little research and analysis of this issue, but a report by Queen Mary University of London on accent bias in Britain published last year found that it could impact each stage of the employee lifecycle.

The researchers, among other things, carried out a study of hiring preferences using different accents. They found that those who spoke with classic Received Pronunciation (RP), the accent traditionally regarded as the standard for British English, carried significantly greater prestige than people with urban working class or ethnic minority accents. In effect, the study concluded that nothing has changed in this respect over the past 50 years.

The study also found that accent stereotypes affected the perceived ability of someone to perform their job. Again, the same differences existed. Once again (although to a lesser extent), those with RP were regarded as the most competent.

Accent discrimination is closely related to discrimination based on social class. The Trades Union Congress has for some time been pushing for socio-economic status to become a protected characteristic, contending that this would prevent harassment and discrimination against working-class people. This policy was also featured in the Labour Party’s 2019 general election manifesto.

These issues are likely to remain prominent in the political discourse concerning future policy on workplace equality. The women and equalities minister, Liz Truss, recently gave a speech that purported to set out the government’s new approach to tackling inequality across the UK. While some of the content of the speech was hugely controversial, it is noteworthy that it clearly referenced both accent discrimination and the need to improve social mobility.

Although not unlawful, declining someone a job because of their scouse, Brummie, Yorkshire or other accent is arguably just as unfair and illogical as other types of discrimination. It could mean missing out on valuable talent because of something that has no bearing with the candidate’s abilities or potential.

The term “codeswitching” was first used to refer to multilingual people changing between different languages, but it has developed over time and taken on a new meaning.According to the Harvard Business Review in 2019, codeswitching has become a term used to describe the practice of changing one’s style of speech, appearance, behaviour and expression in ways that will optimise the comfort of others, in exchange for fair treatment, quality service or employment opportunities.

To some degree, we all engage in this type of conduct, depending on the professional or social context. Codeswitching is, however, mainly used by marginalised groups and can have negative consequences when it occurs in the workplace.

This is a complex and nuanced topic, especially for minority ethnic groups. Codeswitching has been described as a “survival technique”, allowing them to navigate a predominantly white culture. Individuals may also codeswitch on account of social class. For example, an employee with a strong regional accent may alter the way they speak because they perceive that speaking in “the Queen’s English” will avoid prejudice and afford them more kudos and privilege in the business.

Some might perceive that codeswitching can bring certain benefits for the individual, but it would be wrong to regard that as a positive. While studies have shown that black people who codeswitch are perceived as more “professional”, and so may be afforded various advantages, such behaviours can place a heavy mental toll on individuals who feel that they cannot bring their “true selves” to work. Instead, they need to change the way they behave, speak and act to fit in with the dominant culture. Codeswitching tends to deplete an individual’s cognitive resources, which in turn negatively impacts their performance, relationships with colleagues and levels of engagement – often leaving them ostracised.

Unsurprisingly, therefore, codeswitching can also have negative impacts for employing organisations. Employees who are suffering from burnout largely caused by codeswitching are less likely to remain with an organisation, resulting in a higher employee turnover. Even while remaining with the business, they are likely to feel generally disengaged, demotivated, and are less able to perform to a high standard.

How can employers counteract the negative effects of codeswitching in the workplace?

While the issues surrounding codeswitching are complex and multifaceted, there are certain measures employers can take to encourage individuals to be themselves at work and ensure they will not be penalised for doing so. One of the most important things employers can do is to evaluate the environment and culture of their workplaces, considering steps such as: 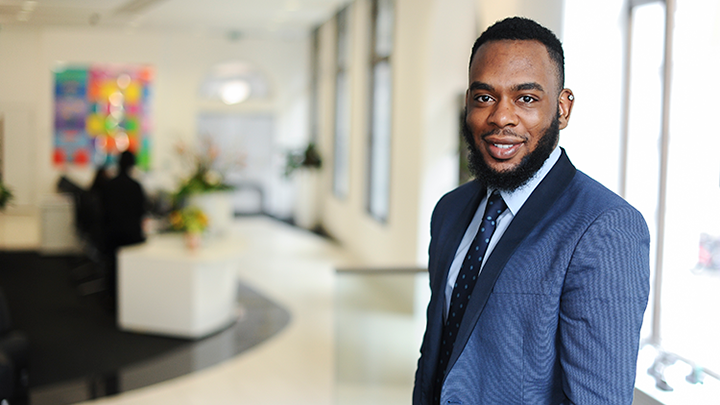 I joined Lewis Silkin as a Paralegal in the Employment, Immigration and Reward division.