The UK’s data protection regulator, the ICO, has issued the final text of the “Age Appropriate” design code for online services (the “Code”). Whilst this may be a welcome change for parents and guardians who are concerned that their young ones are viewing content which is not age appropriate, the Code has the potential to have a significant impact on some organisations.

What is the purpose of the Code?

The ICO has highlighted that currently the only effective mechanism for protecting children from inappropriate content is to avoid allowing them access to online services altogether. In the ICO’s view, this is not realistic in this day and age and can result in children losing the benefits of online play, interaction and development. The purpose of the Code is to protect children from within the digital world as opposed to protecting them from the digital world.

When is the Code due to come into force?

Now that we have the final text, the Code needs to be approved by Parliament. Once approved, organisations will have a grace period of 12 months to implement the necessary changes. The ICO expects the Code to be fully in effect in Autumn 2021, if not sooner.

Does the Code apply to your organisation?

The Code states that all information society services (for example, website, apps, social media platforms, search engines and connected toys) which are likely to be accessed by children, will be caught within the scope of the Code.

The key question is what the Code means by ‘likely to be accessed by children.’ The criteria is relatively broad and whether your organisation will be caught will depend on:

The Code states that in order for a service to be ‘likely to be accessed by children’, the possibility needs to be more probable than not. This could result in organisations who are not directing their services to children being caught within the scope. Given the relatively onerous provisions of the Code, this is worrying for a number of organisations.

Further, it should be noted that a child for the purposes of the Code is a person under 18. Whilst it may be easier to prevent younger children from accessing online services, there is a much larger chance that websites aimed at adults, such as retail or publisher sites, will be likely to be accessed by teenagers.

However, despite the potential broad net of the Code, the ICO recognises the fact that compliance will need to be risk-based and proportionate. It has made clear that companies should adopt a common sense approach when considering the application.

What are the implications of being caught by the Code?

Unless a compelling reason for profiling can be demonstrated, options which use profiling should be turned ‘off’ by default. As mentioned above, commercial gain is unlikely to be considered a compelling reason. Therefore, in most instances online providers will effectively need to obtain consent to profile users (by requiring users to actively switch profiling options ‘on’). Further, if users want to switch profiling ‘on’ then the service provider needs to explain in an age appropriate manner what will happen and encourage them to speak to an adult if they don’t understand. Where a service is using children’s data to recommend content, the Code effectively imposes a duty of care to ensure content is not detrimental to child’s health and well-being. If a service provider does not feel they can ensure this, then they should not be profiling in order to recommend content. This is likely to result in a significant loss for organisations, who will be unable to advertise or otherwise personalise content in the way they currently are. This will also impact the general analytics that in scope organisations can carry out on data in order to measure the success of their service.

Data protection and practical requirements. The other standards of the Code cover technical measures, such as ensuring nudge techniques are not used to encourage children to weaken their settings and information around parental controls. The standards also cover data protection requirements which echo the GDPR but are highlighted as appropriate for online services likely to be accessed by children, for example, transparency requirements and undertaking DPIAs. The standards as a whole are likely to require organisations to rethink their deployment of online services, encouraging a ‘privacy by design’ perspective.

What should you be doing?

Failure to comply with the Code

The Code is a statutory code that the ICO must take into account when considering whether an online service has complied with its data protection obligations under the GDPR and PECR. It is important to bear in mind that the Code has been drafted by the ICO, who is the regulator applying data protection law. It would be daring for any organisation to ignore the provisions of the Code, given that it is likely to be the first standard that the ICO (and possibly other EU regulators) or the court would refer to in the event of a complaint relating to this subject. The ICO have said in no uncertain terms that companies that do not make the necessary changes run the risk of regulatory action.

The ICO have also publicly stated in their blog that children’s privacy and data sharing are priorities and top of their agenda. For that reason, we would advise taking the contents of this Code very seriously.

We expect a large number of organisations to be turning their minds to compliance in this area in the upcoming year, so please feel free to reach out to Lewis Silkin for any assistance with understanding your obligations under the Code. 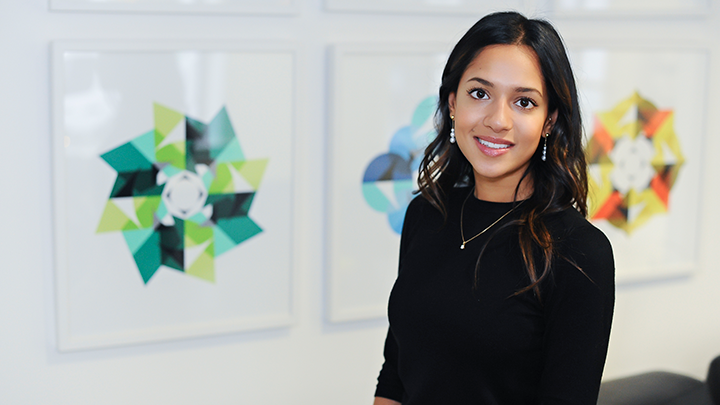 I am a Senior Associate in the Commercial Legal Practice group, specialising in Data & Privacy.