Faced by entrenched pay disputes across the UK public sector and railway network, the government is proposing to expand and simplify its previously-announced reforms and introduce minimum service levels during strikes across a range of public services.

The Strikes (Minimum Service Levels) Bill (the Bill) was introduced in the House of Commons on 10 January 2023. The Bill follows the government’s earlier publication of the Transport Strikes (Minimum Service Levels) Bill (the Transport Strikes Bill) in October 2022 (which covered transport strikes only and we wrote about here). The Bill covers a wider range of public services and proposes a markedly simpler legal framework than the Transport Strikes Bill, which we understand will now be superseded by this Bill. The intention is to ensure a minimum level of service is provided during certain public sector strikes.

What’s proposed in the Bill?

If enacted, the Bill would amend the Trade Union and Labour Relations (Consolidation) Act 1992 (TULRCA) by inserting new provisions relating to “relevant services” in England, Wales and Scotland only (and so further widening the gap between strike laws in Great Britain and in Northern Ireland). The relevant services may include each of the following:

b) fire and rescue services;

e) decommissioning of nuclear installations and management of radioactive waste and spent fuel; and

The precise scope of these relevant services will be defined in future secondary legislation, which we anticipate will closely follow the regulations governing the additional ballot threshold requirements in broadly the same sectors under the Trade Union Act 2016.

The Bill would give the Business Secretary new powers to introduce regulations specifying minimum service levels in respect of each of the relevant services, subject to a statutory duty to consult stakeholders. In contrast to the earlier Transport Strikes Bill, the Bill does not contain any mechanisms for employers and unions involved in relevant services to negotiate and agree minimum service levels on a voluntary basis - the detailed requirements will instead be prescribed solely by secondary legislation. However, the Business Secretary may refrain from introducing regulations in at least some of the sectors if, as is hoped, voluntary agreements are made between employers and unions.

At present, there is no general requirement to maintain minimum service levels in critical services under UK trade union law, unlike in many European countries. Under section 240 of TULRCA, striking workers would commit a criminal offence if they were to endanger human life, cause serious bodily injury, or expose valuable property to destruction or serious injury. This has clearly influenced the conduct of recent strikes in the NHS, in which healthcare unions have implemented “derogations” to maintain staffing levels in safety-critical functions. However, the Bill would significantly expand on this, introducing a more formal and comprehensive legal framework to mandate minimum service levels across a wider range of industrial relations contexts.

Under the Bill, employers engaged in the provision of relevant services would be able (but would not be under any obligation) to serve a “work notice” on unions which have given them notice of strike action. In a work notice, employers would have to (i) identify the persons required to work on each strike day to maintain minimum service levels; and (ii) specify the work to be carried on by those persons. Employers would be required to consult the union on the work notice as far as reasonably practicable. They would not be able to identify more employees in the work notice than are reasonably necessary for the purpose of providing minimum service levels, or select who must work on the basis of their union membership status.

Strike action would cease to be protected under TULRCA if a union which is given a work notice then fails to take “reasonable steps” to ensure that all its members who are identified in the work notice do not take part in the strike. In these circumstances, the employer would potentially be able to secure an interim injunction against the union, preventing it from calling its members out on strike. Unions which breach these new requirements could also face civil liabilities of up to £1,000,000 (following the recent increase in the statutory cap) for calling unlawful industrial action.

Employees who are identified in a valid work notice but nonetheless still participate in the strike would lose automatic protection from unfair dismissal.

If enacted, the Bill would represent a major change to UK trade union law. While the practical impact will depend on the content of future regulations, they are likely to curtail trades unions’ power to cause mass disruption to public services through lawful industrial action. However, it’s worth noting that the Bill does not restrict unions from calling for industrial action short of strike, such as the overtime bans which are currently materially impacting services across the railway network. There’s also a counter-intuitive risk that minimum service levels will actually prolong strikes, by preventing unions from being able to generate sufficient negotiating leverage to quickly secure their demands.

It is also questionable how effective the legal framework would be in practice. In particular:

In any case, the Bill is unlikely to resolve the current disruption to public services caused by ongoing industrial action. It will take time to progress through Parliament and then to draft the numerous sets of highly complex regulations required to give it practical effect. In contrast to the earlier Transport Strikes Bill, there is no guarantee that the Bill will even be enacted. The 2019 Conservative manifesto only committed to introduce minimum service levels in the transport sector, so there would be no constitutional obligation on the House of Lords to pass the Bill (in which the government does not have a majority and which blocked numerous additional reforms to the Trade Union Act 2016).

Unions have made it clear that they will resist the new requirements, and it is almost certain that they will seek to bring challenges on human rights grounds on the basis of the Bill’s potential incompatibility with Article 11 of the European Convention on Human Rights (the right to freedom of association). In addition, the Labour Party has already promised to repeal the legislation if enacted, so any reforms may well not survive beyond the next general election.

Inflation, other cost increases and economic uncertainty are resulting in strike action. 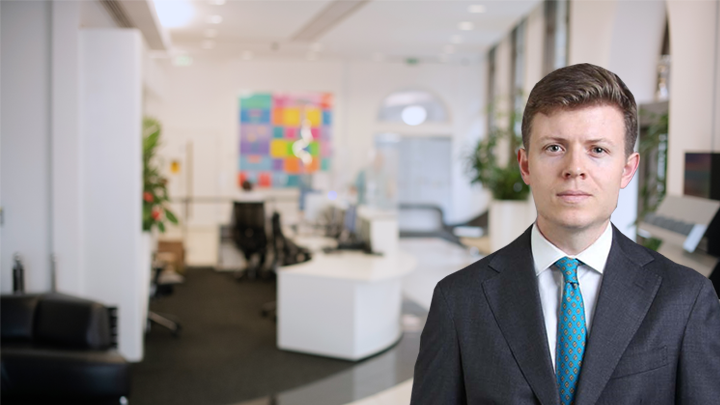