Brand Academy 2019 Round Up – Protecting your IP: A pan-European Perspective

Last night I had the pleasure of attending Lewis Silkin’s flagship event, Brand Academy 2019. This year’s topic focused on Intellectual Property litigation from a pan-European perspective, and we were pleased to welcome four leading IP lawyers to participate in a panel discussion and cover essential topics such as jurisdiction selection, available relief, and many practical considerations.

We were joined by Caroline Bouvier an IP/IT Partner of French law firm Bernard-Hertz-Béjot in Paris, Ignacio Temiño Ceniceros an Intellectual Property Law attorney of Spanish firm Abril Abogados in Madrid, Dr. Søren Pietzker who is in charge of the intellectual property and advertising law department at Heuking Kühn Lüer Wojtek in Hamburg, Germany and Lewis Silkin’s own Head of Dispute Resolution, Simon Chapman.

Here are the key topics and takeaways from the evening.

- Even without brick and mortar sales and an infringer that’s not domiciled in the UK, a claim can be brought if a website and/or social media is ‘targeting’ the UK and there have been sales to the UK.

- Some considerations in deciding where to litigate are market size, presence of production facilities, and distribution channels.

- The UK has specialised IP judges.

- In order to be awarded a pan-European injunction by the courts in England and Wales, the claimant must show evidence of reputation and effect of infringement in the member states.

- Courts in England and Wales are increasingly hesitant to grand a pan-European injunction.

- After Brexit, it will no longer be possible to litigate in the UK for pan-European relief. The next best option for an English-speaking jurisdiction will be Ireland, however, the claimant or defendant must be domiciled in Ireland in order for the Irish courts to have jurisdiction.

- To obtain a preliminary injunction in the UK, the applicant must provide a cross-undertaking in damages. This means that the applicant must agree to compensate the respondent and any third parties for loss, if it’s found that a freezing order was wrongly granted.

- If the claimant makes the infringer aware of their intent to bring proceedings, the respondent could then file an invalidity claim against the claimant’s EU trademark. This would stay proceedings, potentially for an extended period of time. However, in the UK it is possible to pre-emptively file a protective claim which will prevent this ‘torpedo’ from the respondent.

- Disclosure is very extensive in the UK, and therefore potentially very expensive. While the courts are starting to attempt to contain this, it is still something that should be considered.

- A claim for trademark infringement can only be brought in France if one has not been brought elsewhere, and only in respect of infringing acts committed or threatened to be committed in France.

- Bringing a claim in France may put significant financial pressure on the respondent.

- There are dedicated IP courts in Paris.

- Aside from a claim for trademark infringement, a claim can potentially be brought in France for copyright infringement and/or unfair competition, which is similar to passing off in the UK.

- Claiming unfair competition can be a strong strategy because the action is not subject to an assessment of the claimant’s prior rights.

- A claim for unfair competition can be brought in France, irrespective of an action brought elsewhere in the EU for EU trademark infringement.

- These claims will continue even if an invalidation action is filed against the claimant’s EU trademark and trademark infringement proceedings are stayed.

- There is no requirement for a cease and desist letter or summons to be sent, prior to any action based on intellectual property infringement.

- A claim for trademark infringement must be brought within four weeks of the granting of an injunction.

- A claim for trademark infringement can take 1 – 1.5 years to litigate.

- There is no discovery procedure in France, forcing parties to disclose all documents that it has in its possession. Therefore if a party does not want to file an item of evidence which could weaken its case, it is not obliged to do so unless the other side is aware of the document’s existence and requests an order from the judge.

- There are many specialised IP courts across Germany.

- If there is any business activity carried out in Germany by an infringer, for example a shop, a court action for a pan-European injunction could be brought in Germany on that basis.

- If an action for a pan-European injunction is brought, it is then on the infringer to demonstrate the EU countries in which they were not carrying out infringing activities. The court will then remove these countries from the territorial scope of the injunction which will decrease the applicable fees accordingly.

- German courts are very efficient and obtaining an interim injunction is fast.

- No cross-undertaking exists as it does in the United Kingdom, but a freezing order can be reversed if incorrectly issued.

- There is an urgency requirement in applying for an interim injunction, in that the applicant must file within 4-6 weeks of becoming aware of the infringing activity. However, a claim does not need to be filed on the merits unless requested by the respondent.

- Costs can be very high for trademark infringement claims.

- While it is possible for the respondent to ‘torpedo’ a claim by filing an invalidity action, fees will continue to accrue while the proceedings are stayed which could become potentially very large for the respondent, depending on the length of the delay.

- The EUIPO courts are based in Alicante, and tend to be very pro-owner which could benefit the claimant.

- Litigation timelines can be very long in Spain.

- Copyright protection is not as flexible as it is in France, for example.

- There are only 2 IP courts in Spain, therefore, if the claimant doesn’t receive the opinion or judgment that they desire, they cannot seek it elsewhere.

- In obtaining an interim injunction, urgency is extremely important in Spain, as it is in Germany. All evidence must be prepared by the time the first letter is sent to the infringer.

- An interim injunction can be brought separately from the main claim, however, it is often more convenient to bring them together.

- An applicant must pay money into court by way of a bank warranty when filing for an interim injunction. This can be prohibitively high if a pan-European injunction is sought, and the applicant only has days to obtain the warranty.

- All documents and filings must be prepared at once, rather than at different stages throughout the proceedings.

- While legal fees are generally less expensive in Spain, costs can be high so it is not necessarily cheaper to bring a claim in Spain. 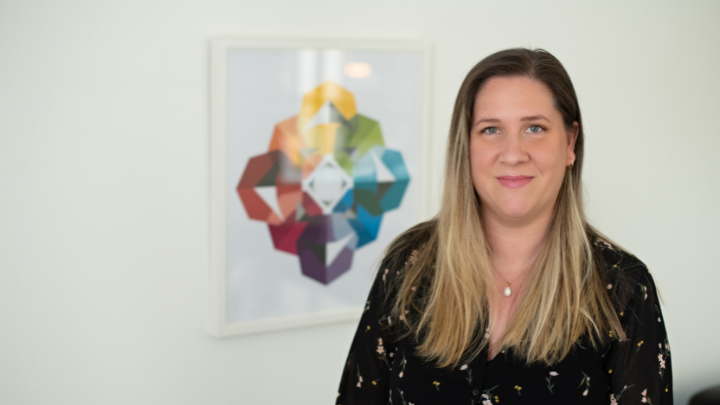 I am an Associate in the Commercial team at Lewis Silkin, having qualified in 2020 after training at the firm.