The government recently launched a consultation on reforming the law concerning post-termination non-compete clauses in employment contracts. Its proposals include making such terms enforceable only if the employer pays the individual for the period of restriction, or, alternatively, prohibiting the use of such clauses altogether.

Non-compete clauses are just one type of post-termination restriction (PTRs) - also known as “restrictive covenants” - that an employer may seek to include in a contract of employment. The objective of using a PTR will be, for example, to restrict the employee’s ability to work for a competitor, or to set up their own competing business, for a specified period after their employment ends.

Up to now, non-compete clauses - and PTRs more generally - have been governed by the common law, which means that the underlying law has been developed by the courts over time and on a case-by-case basis. In broad terms, the case-law provides that PTRs will only be enforceable if they are no wider than is reasonably necessary to protect the employer’s “legitimate business interests”, which will include, for example, its confidential information and customer connections. If a court deems a PTR to be either too wide, or unnecessary in the circumstances, it will be unenforceable.

Back in 2016, the Department for Business, Energy and Industrial Strategy (BEIS) issued a call for evidence on how and why non-compete clauses are used in the UK and their perceived associated benefits and disadvantages. In the end, the government decided not to take any action, but it now observes that Covid-19 has had a “profound impact on the labour market”, creating a need to boost innovation, increase competition and create new jobs. BEIS considers that non-compete clauses “can act as a barrier by preventing individuals from working for a competing business, or from applying their entrepreneurial spirit to establish a competing business”. It has also observed that in certain jurisdictions where tech start-ups have thrived, non-compete clauses are not used at all.

While the new consultation paper says the government is “considering multiple options”, it largely focuses on two main alternatives:

Option 1: mandatory financial compensation for duration of the non-compete period

The consultation paper explains that the government is particularly interested in hearing views on the mandatory compensation route, noting that this approach is taken in several countries including Germany, France and Italy. BEIS suggests this could have various advantages including:

As for the appropriate level of compensation, the consultation seeks views on whether this should be set as a percentage of the employee's pre-termination average weekly earnings, asking whether this should be 60%, 80%, 100%, or some other amount. Opinions are also sought as to whether employers should have the option to waive a non-compete clause early, thereby releasing the individual from the restriction and the employer from the obligation to continue to pay compensation.

The consultation paper outlines two further “complementary measures” in relation to “option 1”. The first proposal is to create transparency by requiring an employer to disclose the exact terms of the non-compete agreement to the employee in writing before the commencement of the employment relationship. Failing to do so would render the clause unenforceable. However, it is not yet clear how this approach would differ from the current practice of providing the employee with the contractual terms in question as part of an offer of employment.

The second complementary measure BEIS wishes to explore is the option of placing a statutory restriction on the duration of non-compete clauses. It suggests that introducing a specified maximum period would have the advantage of certainty and prevent businesses from using non-compete clauses that are unreasonably long. The consultation seeks views as to whether the clauses should be limited to three months, six months, 12 months or some other period after termination.

Turning to the second main option, the consultation paper says that banning all non-compete clauses in employment contracts may have the following advantages:

BEIS notes that this type of approach has been taken in Israel and California, each of which is home to some of the world’s most innovative organisations and where, respectively, non-compete clauses are either relatively toothless or void. The consultation does, however, acknowledge that there are arguments against prohibiting the use of non-compete clauses altogether, including that they may help to protect legitimate business interests and prevent harm to an employer through, for example, the misuse of confidential information.

What could reform of non-compete clauses mean for employers?

The government’s consultation, which closes on 26 February 2021, will mark a radical departure from the current and longstanding legal framework if it ultimately leads to the introduction of statutory regulation in this area of employment law for the first time. While BEIS is focusing specifically on non-compete clauses, the consultation paper also asks whether similar reform should be applied to other types of PTRs, such as non-solicitation, non-dealing and non-poaching clauses – so a broader overhaul of the law on restrictive covenants cannot be ruled out.

While many employers will be especially concerned about “option 2”, it seems relatively unlikely that the government will opt to go down that controversial route in the circumstances. Organisations large and small habitually use non-compete PTRs as a tool to protect their businesses form unfair and damaging competitive activity, and so will likely stress their value when responding to the consultation. Indeed, if businesses do not feel that the fruits of their labour will be protected, that may act as a disincentive for them to invest in research and innovation in the first place. Such an outcome would undermine the government’s principal objective of the consultation, which is to remove barriers to innovation and economic activity.

Reform along the lines of “option 1” would seem to be the more likely outcome, if changes are to be made. Were that to transpire, some employers may experience a benefit, albeit with a price tag attached, as employees who may previously have decided to breach a non-compete clause may be more inclined to remain out of the market with the confidence that a defined income will be secure.

Finally, it is important to note that this consultation is likely to be just the beginning of a lengthy process, with BEIS emphasising that a decision to progress any of the proposals would require careful consideration of the benefits and risks. If the government ultimately decides to make changes, we anticipate it will take significant time before these come into force. 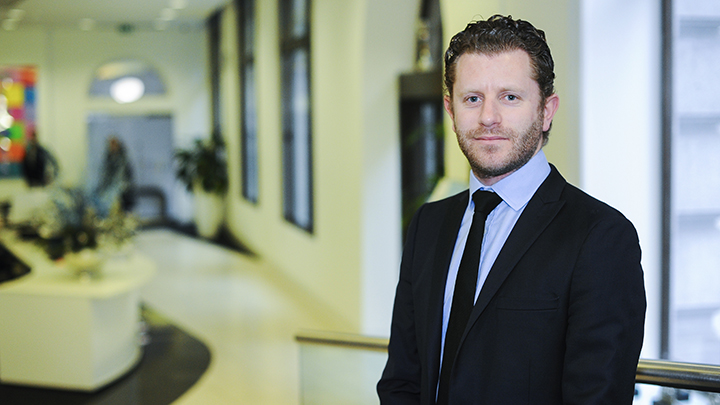 I am a Partner in Lewis Silkin’s market-leading employment litigation practice. I help businesses and senior executives to navigate complex ...