Holiday does not need to be prorated for term-time workers

The Court of Appeal has held that holiday entitlement and pay for workers on permanent contracts should not be prorated to reflect the fact that they work on a “part-year” basis.

Lesley Brazel was engaged by The Harpur Trust (the Trust), which runs Bedford Girls School, on a permanent zero-hours contract as a part-year “visiting” music teacher. She worked variable hours to cater for the changing number of pupils requiring tuition each week. However, typically, she gave between 20 and 30 half-hour lessons each week together with some ancillary duties, some of which were remunerated separately.

Mrs Brazel worked term times only, the length of which varied from between 32 to 35 weeks a year. She did not give any lessons during the school holidays, nor did she perform any other substantial duties. She was paid an agreed hourly rate each month based on the hours she had worked in the previous month. In light of this, the Court termed her a “part-year worker” (as opposed to a “full-year worker”).

Mrs Brazel was entitled to 5.6 weeks’ holiday each year both under her employment contract and statute. She took that annual leave during the three school holidays when she was not teaching and the Trust made payments for her leave at the end of each school term.

In line with common practice, the Trust calculated Mrs Brazel’s pay for each holiday as one-third of 12.07% of her earnings in the previous term. This method is recommended by ACAS for calculating casual workers’ holiday pay because annual holiday entitlement of 5.6 weeks is equivalent to 12.07 per cent of hours worked during the year (5.6 weeks divided by the 46.4 working weeks when accruing holiday entitlement (52 weeks minus the 5.6 weeks of holiday)).

Mrs Brazel brought an unlawful deduction from wages claim on the basis that she was being underpaid for her holiday. The Working Time Regulations 1998 state that a week’s holiday pay should be calculated in accordance with certain provisions of the Employment Rights Act 1996. These set out that a week’s pay for someone who works irregular hours should be calculated as the average of the 12-week period immediately preceding a period of holiday. In making this calculation, no account is taken of any weeks when nothing is payable.

This alternative calculation would result in Mrs Brazel receiving a higher percentage of her annual earnings as holiday pay than full-year employees because the calculation would focus on her term-time salary (that being the 12-week period prior to her period of holiday). The Trust therefore argued that her holiday pay should be prorated to reflect the fact that she worked fewer weeks a year than a “full-year” employee.

The Employment Tribunal agreed with the Trust and held that Mrs Brazel’s entitlement to holiday and holiday pay should be prorated to reflect that she only worked during term time.

The Employment Appeal Tribunal (EAT) overturned this decision on the basis that there was no requirement in the legalisation to prorate a permanent “part-year” worker’s holiday entitlement.

The Trust appealed to the Court of Appeal.

The Court of Appeal dismissed the Trust’s appeal. It agreed with the EAT that there was no need to create a system of prorating holiday entitlement when our domestic legislation made no provision for it.

Looking first at the EU Directive which is the source for the UK’s law on holiday, the Court accepted that it provides that workers accrue holiday in proportion to the time that they work and holiday entitlement can be prorated to reflect this. However, a member state is entitled to provide more favourable provisions for workers if it wishes to.

Turning to domestic law, the Court noted that whilst it may seem strange that a part-year worker could be entitled to a higher percentage of their annual salary for holiday pay than a full-year worker, this was not obviously unfair (nor was it unlawful). The Court held that as there was no provision in the legislation for pro-rating holiday pay in these circumstances, to do so would not simply be an exercise in statutory construction but would mean adopting an entirely different scheme.

The Trust accepted that this approach could lead to anomalies. For instance, in the case of a school invigilator who was a permanent employee but only worked for a few weeks during exam season each year. According to this judgment, that worker would be entitled to 5.6 weeks of (notional) annual leave each year for which they would receive well in excess of remuneration paid for the weeks actually worked. The Court recognised this issue but held that general rules can result in the odd anomaly when applied to unusual cases. In reality, it is unlikely that a worker only needed for a few weeks a year would be on a permanent contract. There was, in the Court’s view, no need to apply a prorating principle to deal with this remote possibility.

This case illustrates what a complicated business it can be to calculate holiday pay for “part-year” workers. Prior to this decision, the standard approach (supported by ACAS Guidance on holiday pay for casual workers) was to do as the Trust did in this case. The Court of Appeal has now confirmed that this does not comply with the law. Presumably, ACAS will at some point update its guidance to reflect this decision.

Workers can use deduction from wages claims to recoup wages owing for the two-year period preceding the claim. This decision leaves employers at risk of workers claiming for underpaid holiday pay for that period. If an employer has a number of workers working under a similar arrangement, this may represent a significant financial cost.

Employers using set percentages to calculate holiday pay should consider auditing their workers on permanent contracts to ensure that these fixed rates do not result in them receiving less than their statutory entitlement.

One final point to note is that the Court of Appeal made it clear that this judgment applies to employees on permanent contracts only. Future decisions may, however, extend the same reasoning to employees working under temporary arrangements. 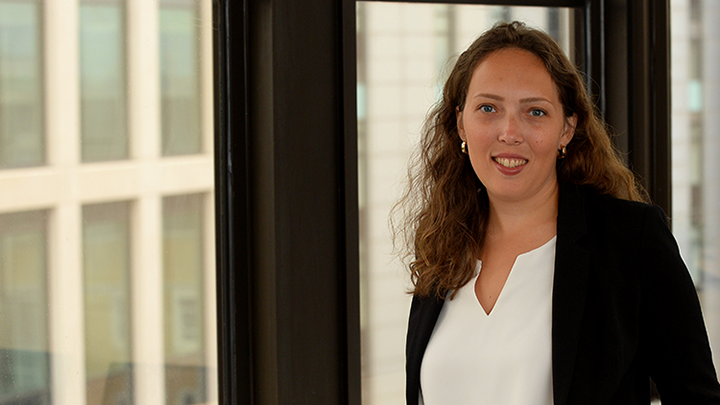