The Irish Government has published an updated version of the Protected Disclosures (Amendment) Bill 2022 (the Bill), which will amend current Irish whistleblowing legislation to strengthen the protection for whistleblowers in Ireland.

In 2014, the Protected Disclosures Act 2014 (the Act) was introduced to protect workers from dismissal or penalisation for making a protected disclosure in the workplace. In 2019, Directive (EU) 2019/1937 of 23 October 2019 was published, on the protection of persons who report breaches of EU law (the Directive).

Member States had until 17 December 2021 to transpose this Directive into Irish law. Although the protections afforded by the Directive were already largely incorporated into Irish law, some further changes are required in order for the Act to fully align with the Directive.

The Government published the Bill in February this year and it is still before Dáil Eireann. Further amendments may be made before the Bill is enacted but, given that the deadline for transposition has already expired, we anticipate that the Bill could be enacted in the very near future.

In this article we have addressed some key questions in relation to the changes the Bill (in its current form) will bring about once enacted.

What categories of workers are protected by the legislation?

The Act provides protection to employees, consultants, contractors, agency workers and individuals on work experience. As a result of the changes required by the Directive, it is likely that protection will be extended to shareholders, volunteers, members of the administrative, management or supervisory body of an undertaking (e.g., non-executive directors) and applicants for employment.

What is a protected disclosure?

A protected disclosure is a disclosure of information, which, in the reasonable belief of the worker making the disclosure, tends to show a relevant wrongdoing, and which came to the attention of the worker in a work-related context.

The Act currently lists the following matters as relevant wrongdoings:

The Bill proposes to add a breach of EU law that has occurred, is occurring or is likely to occur to the above list. Such a breach includes an act or omission that is unlawful and falls within the scope of the EU acts set out in the Directive and which concern areas including (but not limited to) public procurement, financial services, prevention of money laundering and terrorist financing, product safety and compliance, consumer protection and protection of privacy and personal data. It also includes acts or omissions affecting the financial interests of the EU and the internal market.

In addition, the Bill proposes to add to the definition of relevant wrongdoing the situation where an attempt has been, is being or is likely to be made to conceal or destroy information tending to show any matter falling within any of the above categories.

Could a grievance brought by an employee in relation to their own individual circumstances amount to a protected disclosure?

Yes. Currently, the Act does not require that there be a public interest element to the disclosure, and the recent Supreme Court decision in Baranya v Rosaderra Irish Meats Group Limited widened the open door for employee grievances to be considered protected disclosures in certain circumstances (the case held that complaints about the employee’s own health or safety could fall within the remit of a protected disclosure).

The Bill proposes to exclude interpersonal grievances (grievances about interpersonal conflicts and complaints to, or about, an employee’s employer which concern the worker exclusively) from the scope of the Act. As such, employers can take comfort that individual complaints of bullying or harassment would likely not amount to a protected disclosure.

Can a worker make a protected disclosure anonymously?

Yes, a worker can report wrongdoing anonymously. Helpfully, the Bill provides that generally an employer will not be obliged to accept and follow-up on anonymous reports (in certain sectors, however, there may be legislation which requires employers to act on anonymous reports). Where a worker’s identity subsequently becomes known the protection against penalisation will extend to them.

Subject to some limited exceptions, a worker’s identity must not be disclosed without their consent except to those persons who the person that has received the protected disclosure reasonably considers necessary for the purposes of receiving, or following up on, the protected disclosure. If that is necessary, they must be informed in writing that their identity will be disclosed (together with the reasons for the disclosure) except in certain limited circumstances such as where this notification would jeopardise the effective investigation of the relevant wrongdoing.

Are employers required to have a whistleblowing procedure in place?

Yes. The Bill requires private sector employers with more than 50 employees to establish, maintain and operate internal reporting channels and procedures for the making of protected disclosures and in order to follow-up on such complaints. These can be operated internally by a designated person or department or can be provided externally by a third party on behalf of the employer. Employers with between 50-249 employees will have until 17 December 2023 to put such measures in place.

The Bill sets out further detail regarding what the internal channels and procedures should include, and certain timelines for dealing with a protected disclosure, as set out below. These should be reflected in the employer’s whistleblowing procedure.

What kind of conduct could be deemed to be penalisation of a whistleblower?

The Act provides protection against penalisation to workers who report a relevant wrongdoing. Penalisation is defined in the Act as any act or omission that affects a worker to their detriment, and includes:

The Bill will significantly broaden this list, to include any direct or indirect act or omission which occurs in a work-related context, is prompted by the making of a protected disclosure and causes or may cause unjustified detriment to a worker. This includes the following:

By way of a reminder, where an employer is found to have penalised a worker for having raised a protected disclosure, the Workplace Relations Commission (the WRC) can award compensation of up to 5 years’ remuneration. However, in practice, awards do not tend to be near this level, and the largest award that we have seen is two years’ gross remuneration in a dismissal claim.

However, employers must be mindful that where previously (under the Act), an employee who claimed that they were dismissed due to having made a protected disclosure could apply to the Circuit Court for an injunction to restrain the dismissal, under the Bill this right will now extend to any act of penalisation. The injunction will continue until the underlying penalisation claim has been dealt with by the WRC.

Is there anything else employers should be aware of?

In addition, the Bill provides for a number of new offences on the part of employers, including, for example:

Employers and managers should also be mindful that certain employee grievances could amount to a protected disclosure and that protected disclosures do not need to be made in writing and can be made verbally. Care should be taken to investigate such complaints in accordance with the appropriate procedure and to ensure that employees do not face any detriment or retaliation as a result of raising such a complaint. 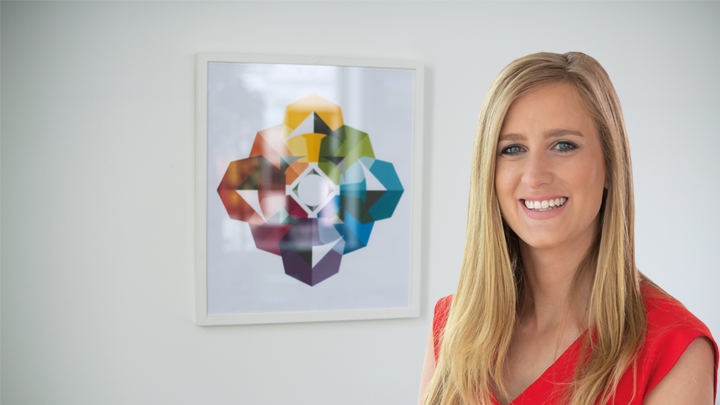