Smart Cities – Lessons from Smart City Developments around the World

When we think of smart cities, images of skyscrapers, satellite dishes and high tech gadgetry often come to mind, coupled with large scale broadband infrastructure, wireless networks and mobile devices. But a smart city is much more than just a technological network; the concept encompasses also the way in which a city uses new technologies for the benefit of its citizens and becomes more efficient in the process.

It’s clear that to be successful, a smart city needs to be somewhere that people want to live. This article takes a look around the world for lessons in creating successful smart cities, and also considers the rankings attributed to relevant cities by the IESE Cities in Motion Index 2019 (“the Index”)1. Asia has its fair share of cities considered to be smart cities, with Singapore ranking highly (ranked at 72). Elsewhere, examples include Barcelona (28), Oslo (14), San Francisco (21), Amsterdam (3) and London (coming in at the top, ranked 1). Cities become smart cities by incorporating smart technologies into transport infrastructure, water systems, power supplies and government services. One thing is clear: the interplay between data and how a city becomes ‘smart’ is key.

Barcelona is often held out as an example of a smart city that innovates progressively, using new technologies to bridge the gap between the city and its citizens. In 2013, Barcelona’s city council started work on a smart city strategy and this successfully led to Barcelona becoming the first smart city in Spain (though now ranked behind Madrid on the Index). Barcelona integrated its various innovations, with a focus on urban planning, international outreach, technology and the mobility of its citizens.

For other aspiring cities, the lessons to learn from the Barcelona model are: (1) identify areas for improvement that require innovation and prioritise them; (2) plan ahead; (3) involve citizens in the process; (4) understand the local area; and (5) work with local companies.

In 2016 Amsterdam won Europe’s Capital of Innovation Award and gained renown as a smart city. Amsterdam’s journey began in 2009 and the key lessons that other cities on the path to smart city innovation may draw from its experience are: (1) private sector data is critical to smart city development and innovation; (2) a central point of coordination is required for the data (thus necessitating the appointment of a chief technological officer); (3) realistic timetables for delivery of projects are crucial (to avoid over-promising and under-delivering); (4) take an inventory of your existing data-sets; (5) experiment in pilot projects; and (6) encourage citizen input. Narrative to the Index justifies Amsterdam’s ranking with reference to its financial technology, energy efficiency and culture. It is noted that some 90% of households own bicycles and that the city has “an advanced system of automated services for the public use of shared bicycles”. Furthermore, it is noted that Amsterdam has put forward a project to ban gasoline and diesel cars by 2025 (which would make it Europe’s first zero-emissions city).

Particular mention should also be made of London, this year ranked first in the Index. The report to the Index notes that London hosts more start-ups and programmers than almost any other city in the world and has an open data platform (London Datastore) which is used by more than 50,000 individuals, companies, researchers and developers every month. Transportation innovation has led to the installation of Heathrow pods, capsules that work as a means of transit to connect with Heathrow Airport. The Crossrail project (currently Europe’s largest infrastructure project and one of the most significant ever undertaken in the UK) is also expressly referred to. Key lessons that other cities can learn from London are: (1) there must be city-wide collaboration and innovation between all sectors; (2) data and digital technologies are a vital component of a city’s economy; (3) the provision of digital infrastructure is as important for the proper functioning of a city as energy, water and waste management services; (4) citizens need to be equipped with the digital skills, understanding and capabilities that they need at all levels (from school to leadership); and (5) open data, transparent government and inclusiveness are critical.

Barcelona, Amsterdam and London have developed and progressed their smart city features relatively successfully but this hasn’t been the case for all. Songdo in South Korea is essentially a purpose built smart city. Songdo is within 25 miles of Seoul and is considered to be the world’s first smart city purpose built to accommodate more than 300,000 residents, with a car free design and 40% of green space. Songdo boasts all the latest innovations in technology, including a waste disposal system which collects waste from apartments, separates it and sends it to a sorting facility; televisions in apartments which allow video calls to be made; and a high speed metro system with wifi. These innovations all seem impressive, though the citizens of Songdo are less impressed as South Korea is a country where technological innovations tend to develop at a fast pace anyway. When coupled with the fact that the citizens and the ‘culture’ of a city are what makes it somewhere that people want to work and live, Songdo pales in comparison to other Korean cities. It would seem therefore that a purpose built city such as Songdo may take a lot longer to achieve the status of an established smart city than an existing city which strives to become ‘smart’.

So will purpose built smart cities will ever really be a thing? The jury is still out.

1 The platform’s stated mission is to promote the Cities in Motion model, with an innovative approach to city governance and a new urban model for the 21st century based on four main factors: sustainable ecosystem, creative activities, equality among citizens and connected territory.
2 The rankings referred to are to the rankings given in the Index. 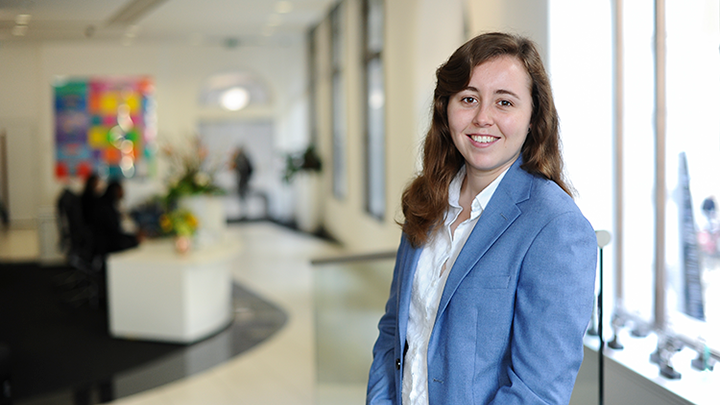 I joined Lewis Silkin’s Real Estate team as an Associate in April 2019. Since joining, I have gained experience in a variety of commercial ...