Unconscious bias training should never be a tick-box exercise

Despite the government’s decision to stop training civil servants about unconscious bias, employers should commit to providing ongoing training on this issue as an effective means of improving diversity and inclusion.

When the government announced at the end of last year that it would no longer be training civil servants to understand unconscious bias, many people raised an eyebrow. Surely, as a society, we were talking more about unconscious bias during 2020 than ever before?

A study published in July, for example, revealed bias from football commentators in European leagues. This was prejudice of which they might have been completely unaware, or perhaps more to the point, bias that was unconscious. Results showed that the majority of positive comments about physicality were given to players of darker skin, with praise for intelligence and work ethic going to those of lighter skin. Football unions and clubs committed themselves to unconscious bias training - a trend that could be seen across many industries.

Looking at the report by the Behavioural Insights Team (BIT) on which the government relied in making its decision on ending the training for civil servants, there are some important points that need to be pulled out.

There are many other types of bias operating in workplaces. How can organisations begin to tackle the problem without employees first understanding the basic tenets of what these biases are and where they are likely to impact work decisions?

Another point from the BIT report is that training could leave participants without tools for behavioural change. Yet there are effective tools. Any training worth its salt will discuss these with participants so that they leave with not only an understanding of how they can attempt to interrupt their unconscious biases, but also a sense of purpose to do so and the means to change their behaviour when back in the workplace. Central to this concept is a commitment by the organisation itself. Unconscious bias training should be considered both as a tool in itself and part of a broader company strategy to achieve a more diverse and inclusive workplace.

I’ve had senior leaders tell me that they do sometimes recruit based on a “gut feeling” - a ripe area for unconscious biases to occur - and it is successful for them. Yet when they’ve had that unpacked for them, and when alternative criteria for recruitment are suggested that would increase transparency and instil a sense of confidence in senior leadership, they are able to see the merit in looking at the processes of the company as a whole. Businesses also need to bear in mind the fact that gut-feeling recruitment may be more likely to lead to discrimination claims.

Training on diversity and inclusion is not a one-off project. This is another reason why the government’s conclusion, based on the BIT report, is surprising and unhelpful. Don’t just cancel the training because there hasn’t been enough progress so far. That’s like saying there aren’t enough lifeboats on the ship, so people should look for alternatives ways to save themselves if there’s a problem. No! Get more lifeboats! Find out why there haven’t been enough in the past and put systems in place to ensure there will always be enough in the future.

Employers should continuously review the training that is being delivered and ensure it is fit for purpose, in the context of the company’s overall commitment. You can’t simply tell people to stop being biased, then complain a year later if there is no meaningful progress within the organisation. You must keep checking the quantity of lifeboats on board – keep up with the training and continue to put more in place.

The BIT’s report, based on the evidence it looked at, suggests that one way of making unconscious bias training more effective is “avoiding ‘one-off’ training sessions - training should be an ongoing process, involving multiple sessions and different formats”. This makes the government’s decision to scrap the training entirely all the more surprising. Rather, employers should: have baseline data to measure improvement; review language in policies and communications to root out any inherent bias; consider which teams are doing training and whether a different mix could lead to more fruitful discussions; and ensure employees feel confident to speak up if they think there is biased behaviour in the workplace.

Activities supporting unconscious bias training about six months after it has taken place will help to reinforce the messages.  To avoid a backlash it is important for the business’s leaders to be trained as well - employees need to know that their superiors have been educated and are accountable for change. “On the surface it all looks fine, but that’s not how it is from day to day. Will management be doing this course too?” I have been asked this more than once by employees at the end of a training session.

This very point was picked up in a recent Employment Appeal Tribunal (EAT) decision (Allay (UK) Ltd v Gehlen), where the employer was criticised for “stale” diversity training which meant it was unable to show it had taken all reasonable steps to prevent harassment from happening. The EAT emphasised the importance of looking at the nature of the training and the extent to which it was likely to be effective, and the employer’s failure to run refresher training was fatal to its defence. This underlines that a tick-box exercise is simply not good enough.

While avoiding legal claims is one consideration, the message you are giving to your staff is even more important. If employees who are experiencing bias or neglect at work are told that training to combat discrimination (including unconscious bias) is being scrapped, it might be a bit like hearing the lifeboats are being thrown overboard…

If you would like to have a conversation about how we can support you with training or HR consultancy services in the area of diversity and inclusion or unconscious bias, please contact our training team at ILoveTraining@LewisSilkin.com or your usual Lewis Silkin contact. 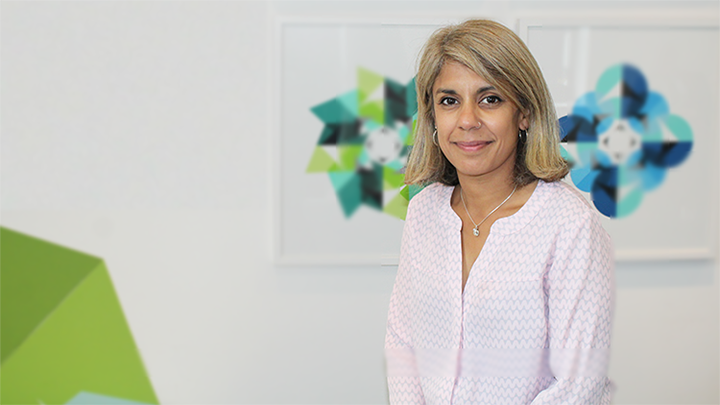 I specialise in training on employment law.