What does the Covid-19 tier system mean for offices?

Regulations underpinning the 3-tier lockdown system are now in force in England, as part of the government’s efforts to step up its response to the pandemic. This article considers if the new regulations demand a stricter approach to office work and meetings.

The current work from home guidance

On 22 September, the government changed its guidance on office workers in England and advised that they work from home over the winter. However, the guidance was clear that office workers could go to work if they could not work “effectively” from home.

In our experience, many employees have wanted to keep going in to the office for reasons ranging from the need to look after their mental health to lack of a suitable set-up, equipment or resources at home.  Some are going in to the office every day, whereas others are going in occasionally when there is a specific need.  It is relatively typical for an employer to leave it up to individual employees to decide if they need to be in the office or not, not least because employers want to avoid making judgments about sensitive reasons for wanting to go back to work.

In any event, the position on whether employees should go to the office or stay at home was most recently only a matter of government guidance. Under the original March English lockdown regulations it was a criminal offence to travel for work purposes if it was “reasonably possible” to work from home but this restriction was lifted with effect from 1 June and, since then, the question of whether office workers should go to work or stay at home has been a matter of government advice rather than law.

The new 3-tier system, ban on gatherings and work exemption

On 12 October, the government announced a 3-tier system of restrictions in England. These are now underpinned by three new sets of regulations, made on 14 October, for tier 1, tier 2 and tier 3.

The regulations ban indoor and outdoor “gatherings” to varying degrees.  For example, the “rule of six” applies to indoor gatherings in tier 1, whereas all indoor gatherings involving people from different households are banned in tiers 2 and 3.  Participating in a banned gathering is a criminal offence, punishable by a fine. Fixed penalty notices can be issued to individuals who participate in a restricted gathering, payment of which discharges their liability to a criminal conviction. Fixed penalties start at £200 for a first offence, which is reduced if paid early.

There are multiple exceptions to the ban on gatherings, including an exception for gatherings that are “reasonably necessary” for work purposes. If a work gathering falls within this exemption, it is allowed within all 3 tiers, there is no upper limit on its size, and it does not matter if it takes place indoors or outdoors. Organised gatherings on business premises involving people who participate alone or in groups that do not “mingle” are also exempt (whether or not the gathering is reasonably necessary).

Instead of dealing with travelling to work (as the original regulations did), the new regulations therefore put the focus onto gatherings. This begs the question of what a “gathering” means and when it might be “reasonably necessary” for work purposes.

The question is not particularly important in many work contexts. If, for example, an employee works in a shop or on the production line in a factory, then it is clearly “reasonably necessary” for them to go to work so whether or not they are participating in a “gathering” at work is less relevant, as they will fall within the exemption in any event. The position with offices is more complicated because many employers have been permitting attendance if the employee considers that they can’t work from home effectively, without requiring any evidence that attendance is reasonably necessary.

The “reasonably necessary” test has led some employers to query whether the government is tightening the rules on office working and whether they should be changing their position to prevent employees coming to the office unless this passes a necessity test. This has become a particularly urgent question in London and other districts that are set to enter tier 2 restrictions on 17 October. Unfortunately, there is no clear answer, and it may depend on whether the employee is just coming to the office to get some work done or to attend a meeting.

The first key question relates to simply going to work at the office. Does this involve participating in a gathering?  According to the regulations, a gathering takes place when two or more persons are present together in the same place in order to engage in any form of social interaction with each other, or undertake any other activity with each other. However, arguably an employee who simply goes in to get some work done is not there to interact with anyone else who happens to be in the office – they are simply working at their desk. If that is right, then simple attendance at work in a Covid-secure office is not participating in a gathering.  Alternatively, it’s possible that going to the workplace does involve participating in a gathering but that employees are permitted to do this (whether reasonably necessary or not) as long as they do so “alone”.  If either of these interpretations is correct then simply attending work does not need to be “reasonably necessary” and it continues to be a matter of government guidance rather than law. This may be what the government intends, since the government guidance on going to work has not changed. For example, the guidance on going to work in a tier 2 area says that office workers who can work “effectively” from home should do so and the government has not changed its guidance on Covid-secure workplaces to introduce a “reasonably necessary” test.

What about meetings between colleagues at the office? If they count as “gatherings” in which employees are no longer participating alone then they cannot take place indoors unless  “reasonably necessary” (or within the “rule of six” where tier 1 restrictions apply).  A meeting seems much more likely to fall into this restriction than simple attendance at work, but if there is to be a distinction between going to work, and having a meeting with colleagues at work, then it is going to be very hard to police.  Groups seated at distanced tables in a restaurant may be unlikely to mix to form a gathering, but office workers are much more likely to do so.

Finally, what about client meetings? Meetings between employees and clients or other third parties seem even more likely to count as “gatherings” in which employees are no longer participating alone so they are likely to need to pass the reasonable necessity test (or rule of six where tier 1 restrictions apply). Police enforcement may be unlikely, but employers will want to avoid encouraging any unlawful behaviour.

Summing up - should employers adopt new rules for their offices?

If workers can work effectively from home then they should be doing so and employers should not be encouraging or asking workers to come into the office in these circumstances.

However, employees who cannot work from home (whether because of poor working environment at home, insufficient equipment/resources, mental wellbeing etc) can still go into the office. This is, provided that employers have done their risk assessments and made the workplace Covid-secure. It seems possible that simply working in the office does not involve a group gathering at all, but even if it does the risks seem to be very low if the employee wants to go into the office and has an arguable case for reasonably needing to be there. Employers do not, therefore, need to close up their offices.

However, it seems that in-person meetings may now be banned unless they are “reasonably necessary” (or fall within the “rule of six” in tier 1).   Internal meetings involving employees who are all in the office anyway seem very likely to be reasonably necessary (what is the alternative?), but employers should avoid calling anyone into the office specifically for an internal meeting unless this passes the “reasonably necessary” test. Client meetings are now trickier and planned meetings may need re-thinking. The key question is whether to leave it up to individual managers to decide what’s reasonably necessary or whether to impose some kind of process or rules to avoid clearly unnecessary meetings from taking place. Whatever approach you take, you should make certain that meeting rooms are Covid-secure.

In practical terms, it seems that employers should be taking a tougher line on in-person meetings than on employees going into the office to work by themselves. If the meeting could effectively be held online then it’s not reasonably necessary, and employers should not be encouraging such meetings to take place.

Finally, we should emphasise that the new 3-tier system only applies in England, and that different rules are in place in the rest of the UK.

Although many Coivd-19 restrictions have now been lifted, including the requirement to work from home, employers still need to think carefully about how to manage the health and safety implications of reopening workplaces and minimising the spread of infection. 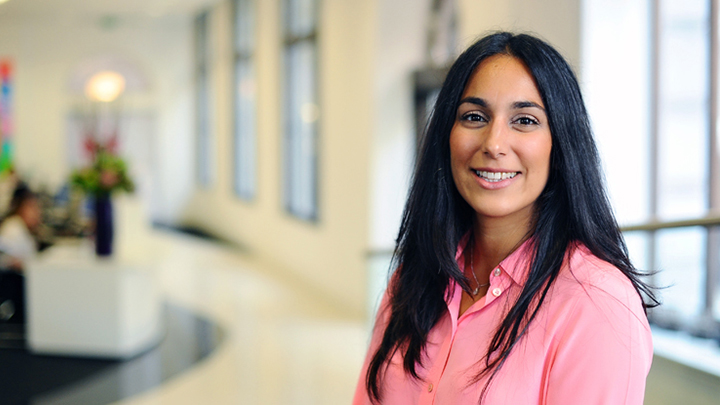 I have been a Partner in the Employment, Immigration and Reward division since 2016 having joined the firm as a trainee in 2002. I am also ...