Ask About… Retail, Fashion and Hospitality

Many of our clients in the retail, fashion and hospitality sector face similar HR issues. Each month one of the members of our team will identify an issue, ask how you would deal with it and provide our advice. This month we asked Tom...

I’m head of HR at the supermarket chain Monstromart. I have been told that in one of our stores, there have been some huge discrepancies between the stock levels of our more expensive craft beers and what is apparently being sold. In one week alone, the discrepancy was over £700 (roughly the price of a few six-packs).

Our security team reviewed the surveillance cameras and couldn’t find any evidence of customers shoplifting. We reckon it must be one or more of our employees who are stealing the stock and we want to set up additional, hidden surveillance cameras all over the shop to get to the bottom of this. We’re not planning to tell the staff we’re doing this, because we want to catch the wrongdoer. This seems like the only way we can identify and punish them.

Film them, catch them, sack them - no problem here, right?

A: There’s absolutely no issue at all. If someone is guilty of theft, they must be caught. If they are innocent, they have nothing to fear. Nobody has a right to privacy in your shops, otherwise people would steal stuff left right and centre! You monitor your customers using surveillance cameras, so why wouldn’t you be allowed to monitor your employees as well?

B: Your employees don’t have a right to privacy while they are at work, so legally you can monitor them however you like - especially for good reasons such as the prevention of theft. However, although in legal terms you have carte blanche to use surveillance cameras, on a moral level it feels a little “Big Brother”. Your employees would be demoralised if they found out you were covertly watching them.

C: Your employees do have a right to privacy at work, but you also have a right not to have your stock stolen! You need to find a balance between protecting your interests and the legitimate privacy rights of your employees. One way of striking that balance could be to inform staff beforehand that they might be covertly monitored where the circumstances warrant it. You could also make sure that the period during which you’re filming them is no longer than necessary.

D: Everyone has a right to privacy and this extends to employees having an absolute right to privacy in their workplace. Human rights cases have established that employees have a right to nurture their private social life while at work. You are allowed to monitor customers, but you can’t monitor employees in any circumstances since the courts have said that is an unjustifiable abuse of your position over them.

Under European human rights law, individuals have a right to respect for their private and family life. This has been extended to the workplace, but the right is not an absolute one. As is normal where human rights are engaged, there must be a legitimate aim justifying interference with the right, the competing interests should be balanced in a proportionate manner and the interference must go no further than is necessary.

In Monstromart’s situation, the conflict is between respecting your employees’ privacy and your legitimate aim of protecting the business’s property rights. Some ways of achieving that balance may be to:

These principles flow from a string of European Court of Human Rights (“ECtHR”) cases over the last decade or so. A recent ECtHR judgment affirmed these principles, providing useful food for thought for employers (López Ribalda and others v Spain).

A Spanish supermarket suspected stock was being stolen when it noted discrepancies between sales and stock levels. Surveillance cameras were installed to investigate whether the theft was by customers or staff. The cameras aimed at customers were visible, whereas those targeted at staff were concealed. The supermarket did not tell its staff about the hidden cameras, and employees were caught stealing items themselves and helping customers to steal items. They confessed and were dismissed.

The ECtHR said that covert video surveillance of an employee in their workplace was a considerable intrusion into their private life, since they must report for work and cannot avoid being filmed. Examining whether Spain had struck a fair balance between the right to privacy and the employer's property rights, the ECtHR acknowledged that suspected theft warranted an investigation. However, the use of covert surveillance breached Spanish data protection law and guidance issued by the local data protection agency. The supermarket did not tell the employees that cameras focused on the cash desks, or inform them of their rights under the data protection legislation.

In an earlier case on similar facts (Köpke v Germany), covert surveillance did not infringe employees' privacy rights. In that case, only the specific employees under suspicion were targeted, the surveillance was carried out over a limited two-week period and it only covered the area surrounding the cash desk. In contrast, the surveillance in the Spanish case was not targeted, since it filmed all the staff working at the cash register, without any time limit and during all working hours. The measure breached Spanish privacy laws, including by failing to inform those affected about the existence of a system for collecting personal data. The supermarket’s rights could have been safeguarded by other means, such as notifying the employees in advance of the installation of a surveillance system and giving them the information prescribed by the data protection legislation.

Although these cases did not originate in the UK, employers in this country should still take careful note - particularly since many employers would probably instinctively feel that dismissal following theft of employer property should obviously be a reasonable response. Yet the contrasting Spanish and German cases discussed above show that blanket covert surveillance may be difficult to justify, even if the findings support what may otherwise seem to be a fair dismissal. This reinforces advice from the UK’s Information Commissioner's Office, which also says it is rare for covert monitoring of employees to be justified and thus should only be done in exceptional circumstances.

The main problem for employers of the ECtHR’s approach is that it seems to come close to saying that employees should always be informed in advance that surveillance will be taking place. Where, in an exceptional case, the employer has decided that covert surveillance is necessary in order to identify the culprit(s), this would clearly be likely to detract from its effectiveness!  A good compromise might be for the employer to have in place a policy setting out in general terms that targeted covert monitoring may be carried out where justified in specific circumstances. That would then assist the employer in asserting that the employees had no expectation of privacy and that the surveillance was for a legitimate aim and proportionate. 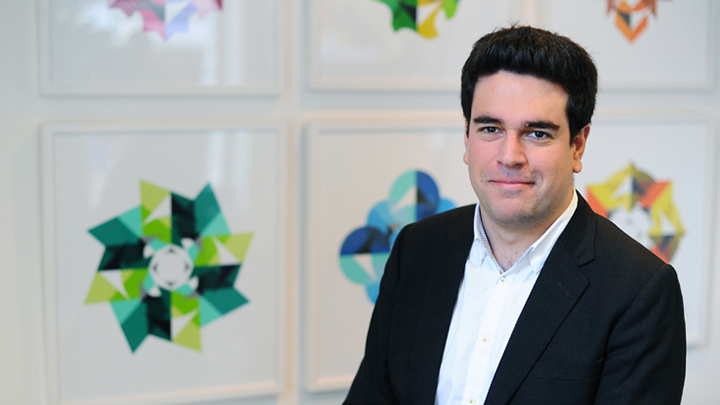 I am a Senior Associate in the Employment, Immigration and Reward division. I advise on both employment and immigration law.