The European Commission has released draft legislation to reform conditions for platform economy workers in the EU. The centrepiece is a proposal to create a “rebuttable presumption” of employed status if persons working via platforms fulfil at least two of five criteria. The EU would also require greater human involvement where algorithms are used to make management decisions.

The European Commission (EC) says the purpose of its proposals is to improve the working conditions of platform workers, support the sustainable growth of digital labour platforms in the EU, and provide legal certainty.

Currently, there are about 28 million people working on digital platforms across the EU, a model commonly known as the “gig economy”. It has been predicted that this will grow to 43 million by 2025. The gig economy therefore plays a major role in the modern world of work.

The proposals focus on the employment status of platform workers and proposed new rights for individuals who are managed through algorithmic technology.

Employment status has long been a hotly debated topic in the platform economy. While battle lines are drawn slightly differently in each country, most disputes involve those working through platforms asserting that they are “employees” or “workers”, whilst the platforms assert they are self-employed. In most jurisdictions, the onus is on the claimants to establish that they are workers if they want to benefit from certain employee rights.

The proposed EU Directive would reverse this in EU countries, creating a rebuttable legal presumption of an “employment relationship” if the “digital platform” controls certain elements of the performance of work.

The proposed definition of a “digital platform” is extremely wide, extending to any natural or legal person providing a commercial service which is provided at least in part at a distance through electronic means, is provided at the request of a recipient of a service, and involves as a necessary and essential component the organisation of work performed by individuals, irrespective of where that work is performed. There are only limited exceptions to this. Arguably this definition catches any company whose core business involves “work performed by individuals” – for example, as well as those organisations that would typically be considered gig economy players, it could also capture an organisation that provides professional services, or a small local pizza takeaway which happens to operate a website. It seems unlikely that this is the EU’s true intent, and whether this will survive the legislative process remains to be seen.

The Directive provides a list of five criteria: if the platform meets at least two of those criteria, this will trigger the presumption of an employment relationship. The criteria are:

The Directive does not prescribe how these criteria should be interpreted, leaving various questions unanswered. For example, would a contractual provision that a platform delivery driver be polite and respectful when dealing with recipients of goods be sufficient to amount to “specific binding rules with regard to… conduct towards the recipient of the service”, or is something more needed? Would the first criterion catch digital platforms which set journey prices when offering vehicle for hire services? Would the third catch those that offer “star ratings” for those working through platforms, or is additional action such as the imposition of disciplinary sanctions for poor performance needed?

There is every likelihood that the proposals, if adopted (on which, see below), will generate as much controversy over whether the criteria are met as existing legal regimes. And even if a platform meets two or more of the above criteria, the legal presumption is a rebuttable one. This means that a platform could go on to prove in legal proceedings that the contractual relationship in question is not, in fact, an “employment relationship”. The burden of proof for doing so will be on the platform. Member States will be required to “ensure the possibility for any of the parties” (including the individual as well as the platform) to rebut the presumption, and seem to be given a fairly free hand to go about deciding how to do this, although they must “ensure that information on the application of the legal presumption is made publicly available in a clear, comprehensive and easily accessible way” and “develop guidance… to understand and implement the legal presumption including on the procedures for rebutting it”. An enhanced role for labour inspectorates and similar enforcement authorities is also contemplated. While ECJ case law will need to be taken into account, there remains the possibility for divergent approaches between Member States, with some allowing the presumption to be rebutted relatively easily, and others taking a much stricter approach. It is likely that existing tests for employment status which have been established under domestic law will play a role.

Under the proposed Directive, both workers and the genuinely self-employed will gain rights over the use of algorithms by digital platforms. Algorithms can be used to monitor, supervise or evaluate work performance, or to take or support decisions which affect working conditions. Digital platforms will be required to provide information to their platform workers regarding their use and the key features of their automated monitoring and automated decision-making systems.

In addition, workers will have the right to receive explanations for and contest automated decisions that significantly impact their working conditions. In these circumstances, the digital platform will have to ensure access to a human being, who will be able to discuss and clarify the facts, circumstances and reasons which led to the decision.

This will aim to prevent situations where platform workers could be denied jobs or working hours, or have their engagement terminated because of a machine’s decision.

Digital platforms will not be allowed to process any personal data concerning platform workers that are not intrinsically connected to and necessary for the performance of their contract. This will include data on private conversations and on the health, psychological or emotional state of the platform worker.

Other key points in the Directive include:

It is important to note that nothing will change overnight. The proposed Directive will now be considered by the European Parliament and the Council. Discussions will then take place between the EU institutions before the final text of the Directive can be agreed by the Parliament and the Council. This process can take up to two years, and it is likely the Directive will be subject to significant lobbying and might change. Once adopted, Member States will then have two years to implement the Directive into national law, meaning that it could be up to four years before the new rules are effective in the EU-27.

Since Brexit, the UK has no obligation to follow EU laws. However, under the Trade and Cooperation agreement, if the UK diverges significantly from the EU in relation to employment rights in a way that materially impacts trade or investment, the EU can take “appropriate rebalancing measures”, including tariffs. This means that while the UK is not required to align its future employment law with the Directive, a significant divergence could ultimately attract tariffs.

This is a fast-moving area. Please get in touch with your usual Lewis Silkin contact if you need any support understanding your employment rights and obligations. 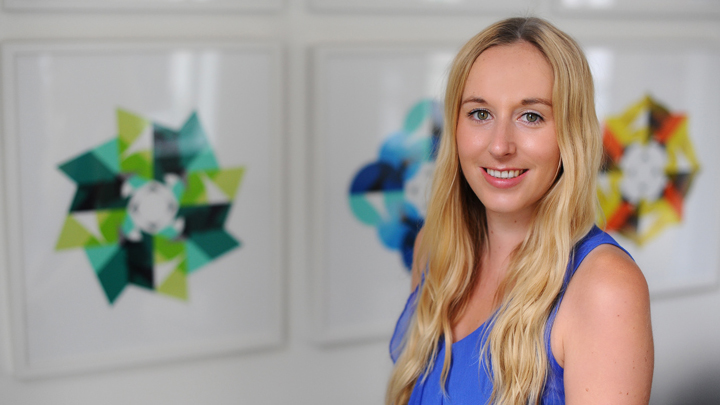 I am an Associate in the Employment team and I advise clients on a wide range of both contentious and non-contentious employment law ...