As we posted recently, it’s the moment you’ve been waiting for – the laws on chance-based competitions (where success does not depend on skill) in Northern Ireland (NI) have finally been broadly aligned with the rest of the UK.

On 26 April 2022, the Betting, Gaming, Lotteries and Amusements (Amendment) Act (Northern Ireland) Act 2022 was granted Royal Assent (2022 Act). The 2022 Act amends the old Betting, Gaming, Lotteries and Amusements (Northern Ireland) Order 1985 (SI 1985/1204). It forms the first part of an agenda to overhaul gambling regulation in NI, which has struggled to keep a pace with the rapid developments in the gambling sector, including the growth of online gaming. There are future plans to formulate more far-reaching legislation, which would, among other things, update the laws on online gaming in NI.

Amongst other issues the Act removes the current £1 price limit on the sale of societies lottery tickets and increases the limit to a maximum of £100; creates new offences in relation to allowing children to play gaming machines; creates the power to impose a statutory levy on gambling operators; creates the power to issue a code of practice for gambling operators; broadens the definition of cheating to include attempted cheating; makes gambling contracts enforceable in law and permits bookmakers and bingo clubs to open on Sundays and Good Friday.

However, the most significant part of the new law for promotional marketers and FMCG brands means that as of 27 April 2022, the rules on entering chance based competitions are broadly aligned throughout the UK.

Until now, the regimes were different and offering UK wide prize draws was challenging in the context of NI’s antiquated gambling laws. In England, Wales and Scotland, free prize draws involving no payment to enter are not considered to be lotteries, and therefore do not fall within the scope of the ban on lotteries in the Gambling Act 2005. Therefore, they are lawful.

What is payment to enter? This is explained in Schedule 2 to the 2005 Act and states that the cost of purchasing an item so that you can enter a prize draw does not constitute payment, as long as the promoter does not inflate the cost of the product to cover the prize or the cost of running the promotion. This also includes making a normal rate telephone call or sending in an entry form by first or second class post. However, it excludes premium rate calls.

But in NI, the law was much more complex and was not aligned with the 2005 Act because it contained a broad prohibition on organising prize draws for the public. Among other things, this meant that if, for example, you bought a bottle of water or a packet of sweets to enter a prize draw in NI, this would be unlawful under NI gambling laws, even if the cost of the item had not been inflated to cover the cost of the promotion. Although the law was not enforced by the Police Service of Northern Ireland as far as we know, and there was talk of reform for years, it made it difficult for reputable promoters to run UK-wide promotions. In 2019 the Northern Irish Assembly consulted on the matter and the 2022 Act is the result.

The 2022 Act amends the Northern Ireland Order by adding a new Article 168(2A) and a new Schedule 15A (which is substantially identical to Schedule 2 to the GA 2005) – the combined effect of these changes are that chance based competitions, including prize draws, are now legal in NI so long as there’s no payment required from entrants to participate. Schedule 15A helpfully makes it clear that buying goods at their normal price won’t count as payment to participate.

However, "payment to participate" does include charging for entry, or increasing the normal cost of the entry route beyond its standard price. For example, routing entry through a premium rate phone-line, or charging extra to find out who’s won the competition, would each impose an unusual cost on entry and would qualify as payment to participate – and therefore would still be illegal under NI law. The position in NI re chance based competitions is therefore largely in line with the laws and realities in Great Britain (GB) since 2007.This is good news for organisations seeking to run promotions across the whole of the UK, as well as consumers in NI ,who were all too frequently excluded from GB wide promotions. Promoters have tended to use no purchase necessary routes (NPN) to deal with the different legal landscape in NI. However, depending on the promotional mechanic, it could be logistically difficult at times to comply with the rules, for example with “golden ticket” type promotions. This meant that many promoters opted to exclude consumers in NI entirely. From now on, promoters will no longer have to decide between offering a NPN entry route or excluding NI customers from chance-based promotions, provided that no other payment is required to participate in the promotion.

It is worth pointing out that the updated laws in NI haven’t turned the regime into a carbon copy of GB law. NI law doesn’t use the same terminology as GB law, which distinguishes between two types of events: competitions (skill-based) and prize draws (chance-based). NI law uses the term 'competitions' loosely to cover both types of activities, and makes the distinction instead between games of “skill” (which are lawful in NI irrespective of whether or not entrants pay to participate), and chance-based games (which are now lawful in NI provided that there is no payment to participate). However, normal purchase costs, which for so long led to the NPN qualification, don’t count as payment to participate.

Note however, that the rules in the Republic of Ireland are still more restrictive than the UK (and are also awaiting a “second phase” reform), so promotions in Ireland will still require care.

NI gambling law is complex, and other restrictions can affect draws in specific situations: specialist advice should always be obtained. If you have any queries on this article, or anything else related to prize promotions, please do get in contact with one of our team:

I am an experienced commercial technology lawyer based in Lewis Silkin’s Belfast office. 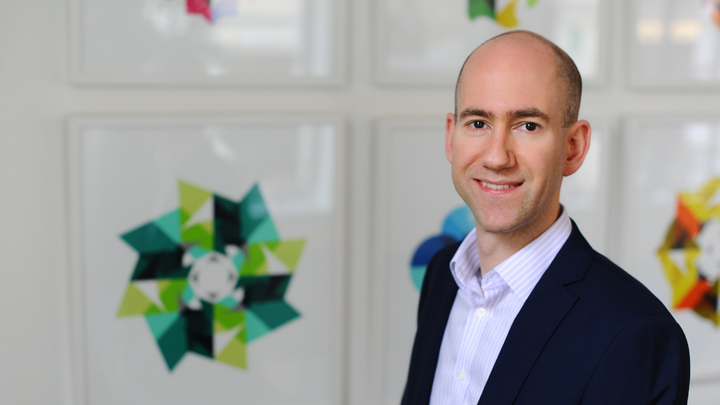 I am a Managing Associate in the Digital Commerce & Creative team at Lewis Silkin.