Price adjustment mechanisms are common in both UK and US style M&A transaction documents to determine the final price that the buyer pays. However, the manner in which the price adjustment is achieved varies; in the US, a closing accounts mechanism is generally used, and although these have remain common in the UK, in recent years we have seen increasing use of “locked box” mechanisms in UK style share purchase agreements governed by English law.

In this article we will examine what’s different in the locked box mechanism and identify some of the key concepts that buyers should understand.

How do traditional price adjustments work?

Traditionally, a share purchase agreement (SPA) provides for the purchase price to be varied by reference to some metric, most often the working capital and net debt of the target as at completion. Following completion, the buyer and its accountants draw up a set of closing accounts which are used to calculate the working capital and net debt, with a pound for pound adjustment to the purchase price to the extent that the actual numbers are different to the target numbers agreed by the parties prior to signing the SPA. Under this mechanism the extent of any price adjustment will not be known until sometime after completion when the closing accounts have been finalised in accordance with detailed provisions set out in the SPA. The approach means that economic risk passes to the buyer at completion and is designed to ensure that the buyer only pays for the actual level of assets and liabilities of the target that the seller delivers on completion.

What is the locked box mechanism?

A locked box mechanism is an alternative pricing mechanism to completion accounts. The main objective of the “locked box” mechanism to provide certainty on the cash consideration at the point at which the SPA is signed.

The mechanism is often used in auction situations because it offers the advantage of price certainty for the seller in that it eliminates the requirement for a post-completion price adjustments and so reduces the time and resources that are often dedicated to a more lengthy closing accounts process. In turn, the potential for disputes in relation to the preparation of closing accounts is also eliminated because the locked box accounts are agreed by the parties before the SPA is signed; agreeing which accounts to use and understanding how they are prepared is therefore crucial for a buyer. The mechanism also allows for as clean a break as possible and affords sellers with the ability to distribute the full proceeds of sale without any requirement for a retention to cover post-completion adjustments. These features, particularly the certainty of price, mean that the mechanism has become increasingly widespread in ‘plain vanilla’ M&A transactions in the UK.

How does the locked box work?

From the date of the locked box accounts (“locked box date”) the target company is considered to be run for the benefit of the buyer, and no value (or “leakage”) is allowed to leave the business – the box is therefore ‘locked’. This is a key feature of the ‘locked box’ mechanism; economic risk in the target passes to the buyer at the locked box date (as opposed to at completion – as with closing accounts).

The term “leakage” is used to refer to any extraction of value from the target by the seller. Any such leakage would mean (if unadjusted), the buyer receiving less value than they have paid for. The SPA will usually contain protection in the form of a ‘no leakage’ pound-for-pound indemnity. This indemnity protects the buyer during the period from the locked box date to completion from cash and assets being transferred (or ‘leaked’) from the target company to the sellers or for their benefit.

In practice the seller confirms, by giving warranties in the SPA, that there has been no leakage from the business in the period from the locked box date up to the date on which the SPA is signed. Then, following signing of the SPA, the seller provides covenants that there will be no leakage (other than “permitted leakage”) in the period down to completion, and usually also agrees to some form of restriction in its conduct of the business down to completion (for example, requiring consent of the buyer before agreeing large long term contracts, purchasing large fixed assets etc). The SPA will also contain detailed definitions of both leakage and permitted leakage. These terms are a key area of negotiation as they constitute the buyer’s principal protection against the seller stripping value from the target and provide the contractual basis on which the seller will be able to make ordinary course payments (the permitted leakage) between the locked box date and completion.

The final element of the locked box mechanism is how to deal with movements in value in the balance sheet due to trading between the date of the locked box accounts (i.e. the moment that the buyer is treated as becoming the owner) and the date of completion (i.e. the date on which the acquisition price is paid to the seller). The seller may still be managing the business to generate profit during this period and is likely to have capital tied up in the business until completion; consequently, sellers often expect to be compensated for this by an upward adjustment to the consideration – this is often referred to as the ‘value accrual’.

In practice the cash flow generated by the company in the period between the locked box date and completion is often taken as the basis for determining the ‘value accrual’. An alternative approach is an interest-based value accrual applied to the equity value using an agreed rate of return to the seller for the period up to the completion date; this is sometimes referred to as the “ticking fee”. The rationale for this is that the buyer otherwise has benefit of the profit for the period without having the cost of servicing the acquisition costs.

What are the key issues for buyers?

The accounts: the locked box accounts must accurately reflect the configuration and resulting working capital and debt of the business in the form in which the target will be delivered to the buyer. Ideally the target should be stand-alone in terms of having separate accounting records – the locked box approach is more complex if this is not the case. From the buyer’s perspective, audited accounts will provide it with some further comfort that a third party (the auditor) has reviewed and given an opinion on the quality of those accounts, and as noted above, appropriate warranties will also be negotiated and included in the SPA.

Financial due diligence: the buyer will need to conduct additional financial due diligence on the locked box accounts to ensure that it and its advisers are comfortable about the basis of their preparation and accuracy. The extent and importance of this due diligence exercise should not be underestimated by the buyer as there is little room for negotiation once the SPA has been signed. In addition, the buyer is likely to want comfort on the ring fencing and accuracy of recording of profits, losses and capture of cash in the period from the locked box date to closing.

Extent of contractual protections: as noted above, the buyer is reliant on contractual protection in the SPA during the period from the locked box date down to closing; accordingly, the extent of the covenants and warranties as well as the definitions of leakage and permitted leakage are important areas for negotiation.

Typically, leakage is defined to cover any transfer of value from the target to the seller (or its connected parties) between the locked box date and completion. This may include items such as: dividends and distributions; returns of capital; transaction expenses; payments to directors; deal related bonuses and other non-ordinary course intra-group payments. Permitted leakage will depend on the nature of the target business, but usually includes: intra-group payments in the ordinary course of business and on arms’ length terms; identified items agreed between the parties and factored into the purchase price (e.g. dividend strip/monitoring fee); payments provided for in the locked box accounts (and therefore priced); and payment of salaries in the ordinary course of business.

The level of undertakings from the seller in relation to the conduct of the business in the period from the locked box date down to completion are also an important element of the buyer’s protection; the buyer and its advisers should ensure that a comprehensive package of undertakings and covenants are included in the SPA.

The key differences between completion accounts and the locked box mechanism.


The pros and cons of the ‘locked box’

Lewis Silkin regularly works with US financial and corporate buyers on M&A deals across a wide range of sectors on UK domestic and cross-border transactions. We’d be delighted to discuss any questions you may have regarding UK deal practice at an early stage in any discussions you may be having in relation to possible UK acquisitions.

Read the next in this series here.

The disclosure exercise against the warranties contained in the share purchase agreement (SPA) is a common element of an M&A transaction on both sides of the Atlantic Ocean. In this article we will identify some of the different approaches taken in relation to disclosure in the UK and the US.

In our final instalment of our US/UK M&A series we will explore some of the common issues in the M&A process and deal practice in the US and UK. 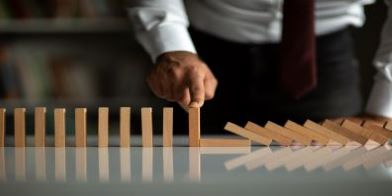 In our second article in the US/UK M&A series, we explore deal certainty and the different appetite for, and measures that are used to apportion risk between the parties.

We continue to see a lot of mid-market M&A activity in the UK driven by US-based buyers, including both corporate buyers and financial investors. Unsurprisingly, that activity is largely focused on sectors which have remained buoyant throughout the COVID-19 pandemic, such as technology, creative and high-value manufacturing businesses.

Through a combination of our expert desks and our tried and tested strategic alliances and other close relationships with law firms across North America, we can leverage our in-depth market and sector knowledge, to provide market-leading legal services across the continent. 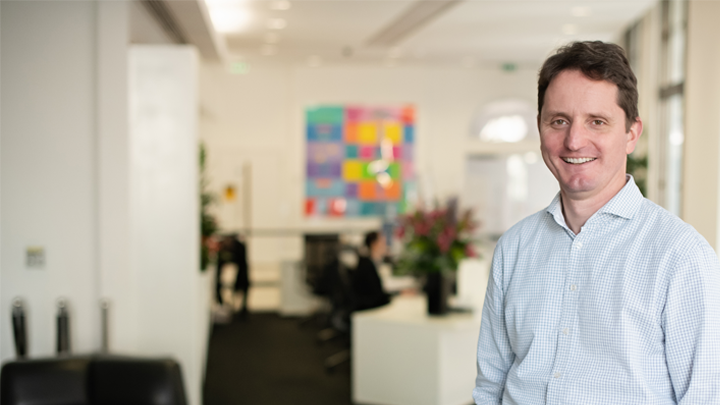